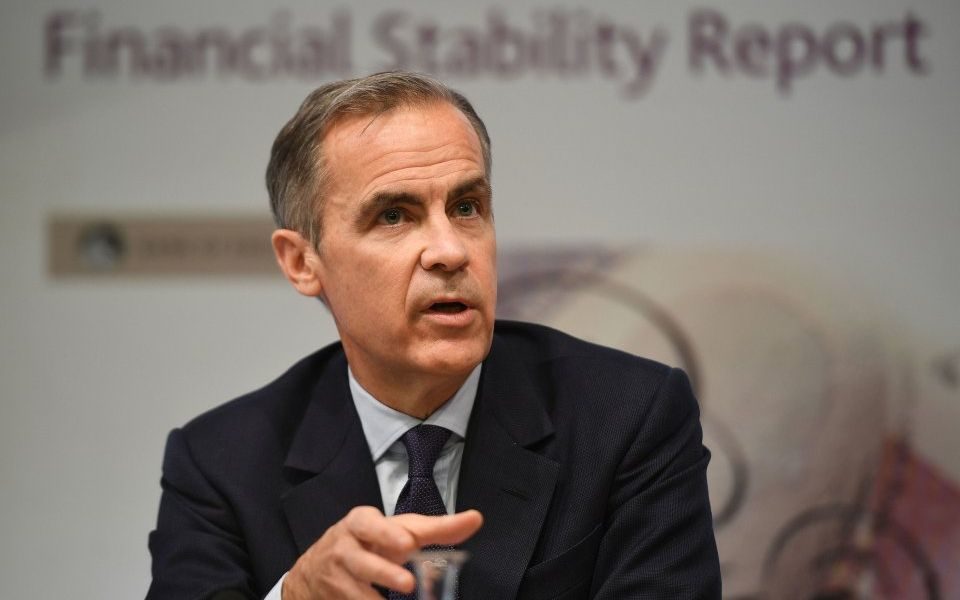 UK growth is “guaranteed” to fall in the event of a no-deal Brexit, the Bank of England’s governor Mark Carney has told MPs.

The Bank slashed its UK growth forecast for 2019 to 1.2 per cent earlier this month – down from the 1.7 per cent forecast in November – even on the assumption of a Brexit deal and smooth transition.

But Carney told the Treasury Select Committee today its forecasts would be further cut if Britain left the EU without a deal in place.

He said: “If I come back [to the committee] in May and there’s no deal and no transition, I guarantee that the path of GDP in our forecast will be materially lower than our February forecast.

“And that is absolutely the view of businesses up and down the country.”

Carney also warned there was not enough warehouse space in the country to deal with the stockpiling necessary to manage a no-deal, no transition scenario.

He said the Bank would most likely provide support to the economy in a no-deal Brexit but admitted its options were limited.

The Bank’s forecast predicted that at this late stage of the Brexit negotiations, uncertainty was likely to continue beyond 29 March and to the end of the year.

Deputy governor Sir Dave Ramsden blamed Brexit uncertainty for a sharp deterioration in business investment over the past year and expected it to continue.

He said: “That’s incredibly unusual at a time when the economy is growing – it’s out line with what has happened historically and out of line with our main economic partners.

“As the uncertainty starts to subside, as the fog starts to clear and the world economy stabilises, we see growth picking up,” he added.

Monetary Policy Committee member Jan Vlieghe hit back at suggestions a no-deal Brexit would at least provide clarity and a chance for UK businesses to press ahead with plans.

“That’s completely wrong – the reason businesses are holding back is they are very worried about the risk of a no-deal, no transition Brexit.

“Our view for a long time has been that if you are going to make changes, tell people what they are going to be and then give them several years [before implementing them].”

Vlieghe added changes should not be made “overnight.”