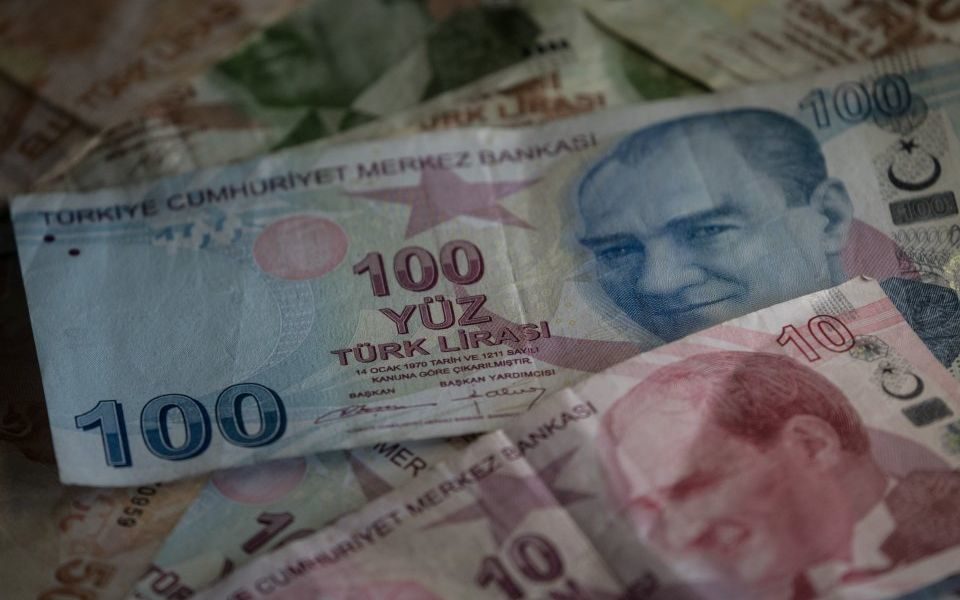 The Turkish lira has slumped further against the dollar after ratings agency Moody's downgraded banks yesterday evening, amid a dispute between President Tayyip Erdogan and US President Donald Trump.

The currency weakened to 6.4 lira to the dollar early this morning, its weakest since 15 August, and had dipped as low as 6.37 before recovering to 6.45.

The drop in the lira dragged down other emerging market currencies on Wednesday with one of the worst performers the South African rand which was down 1.1 per cent against the dollar and the Indian rupee fell 0.7 per cent to a record low of 70.54.

The lira has lost almost 40 per cent of its value against the dollar this year after the country became embroiled in a bitter struggle between Washington and Ankara over the detention of an evangelical Christian pastor from the US, Andrew Brunson, who is being held on terrorism charges.

Critics have blamed President Erdogan's monetary policy for exacerbating the problems, claiming he has too much influence over the central bank and is pressuring it not to raise interest rates, while pointing out that his son-in-law serves as the finance minister.

Read more: Turkish lira falls as investors focus on lack of progress in US dispute

Commenting on the slump CMC Markets analyst David Madden warned that the currency could decline further.

He said: "The Turkish lira has fallen to a two week low against the US dollar and the pound after Moody’s downgraded 20 of the country’s financial institutions.

"This was not a surprise given the downgrade of the sovereign debt recently by Moody’s and S&P.

"This is a common move whereby, the national government finds it harder to raise capital, and then so do the domestic banks, it’s a classic knock effect.

"Ratings agencies tend to move in packs too, so we could see further downgrades and additional declines in the Turkish lira."

The ratings agency also downgraded issuers in Istanbul and Izmir yesterday, saying the outlook for the country is negative and blaming close ties to Erdogan's government for the downgrades.

"The rating action reflects Moody's assessment of the heightened systemic risk for Turkish sub-sovereigns due to their close operational, financial and institutional linkages with the Turkish government," the ratings agency said.

"Metropolitan municipalities in Turkey, including Istanbul and Izmir, cannot act independently of the sovereign and do not have enough financial flexibility to permit their credit quality to be stronger than that of the sovereign."

Turkish finance minister Berat Albayrak today told Hurriyet newspaper that he did "not see a big risk about Turkey's economy or financial system".