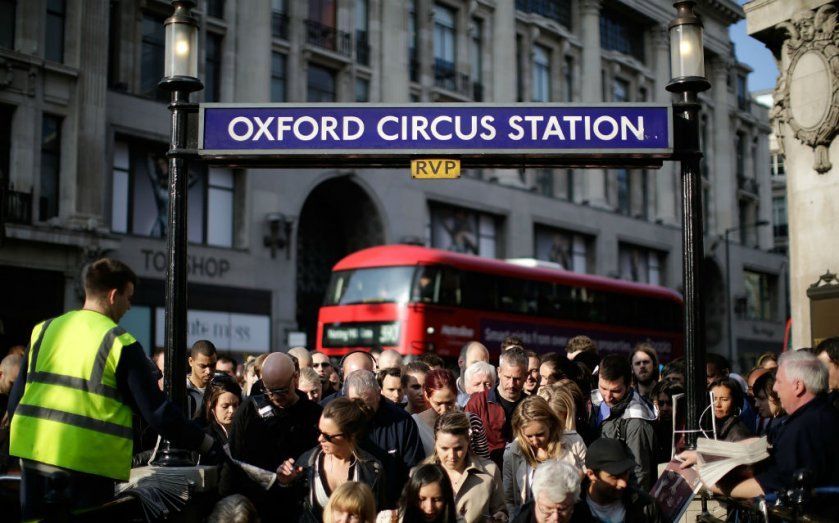 Shops, restaurants and bars in London are bracing themselves for a sharp drop in footfall and bookings as a result of the Tube strike, which starts at 6:30pm tonight and will run throughout Thursday.

The British Council of Shopping Centres (BCSC) said that on the day of the last strike on 9 July, London shopping mall suffered a nine per cent drop in visitors compared with the same day last year.

Footfall also dropped on the days either side of the strike, falling by 1.3 per cent on 8 July and by 3.7 per cent on 10 July as the city struggled to get back to normal.

“In the worst case scenario we are expecting a similar recording of a 10 per cent drop. But that could be tempered much more by the fact we are more into the summer month and a lot of people on their holidays,” BCSC chief executive John Coyne told City A.M.

Read more: This is your Tube strike survival kit

“Where it does hurt is very small retailers and leisure operations. They more than anyone will feel the brunt because their visitors may be lost forever,” he added.

The New West End Company said the strike action would hit turnover for many of the 600 businesses it represents on Oxford Street, Regent Street and Bond Street and bring chaos a huge number of visitors.

“Strike action is not the way we should be trying to settle disputes in the 21st century and the West End's businesses, employees and residents deserve better than this. We encourage all sides to resolve the dispute as it reflects badly on London as a global city where it is easy to do business” a spokesperson said.

Although the cost to businesses is hard to quantify,a  snap poll by the Federation of Small Businesses (FSB) found that strike action on 6 February last year cost London businesses £600m.

The Centre for Economics and Business Research chairman Mike Williams estimated the February 2014 strike to have cost the London economy £10m a day while the London Chamber of Commerce & Industry (LCCI) put that figure at £50m.

“While it is very difficult to make any accurate predictions of the financial impact of strike action, we have had reports from members that the last tube strike had a significant impact on their business. Firms in the service industry reported significant loss of trade, particularly large corporate bookings at hotels and event spaces cancelled," LCCI's director of policy Sean McKee said.

Read more: This is the latest pay deal rejected by the unions

Brian Bickell, chief executive of West End landlord Shaftesbury, which owns swathes of property on Carnaby Street, Soho, and Chinatown, told City A.M.: “Any disruption, while it lasts, is bound to discourage some visitors from travelling in or staying around in the evenings if the journey home is uncertain. That means shops, restaurants, pubs, theatres and cinemas will suffer the real cost of loss of trade as a result of this industrial action.

"But come Friday, and throughout the summer holidays, the West End will be as busy as ever."

Lucy Haynes, CBI director, added: “We would encourage all parties to return to the negotiating table to avoid the disruption this strike will cause to the capital’s businesses, not to mention during one of the city’s busiest tourist periods.

“Nevertheless, firms will work with their employees, customers, and suppliers to minimise the impact of this strike. Wherever possible companies will encourage their staff to work flexibly to avoid difficult journeys.”
Share
Tags: Night Tube Transport for London Travel delays and disruption