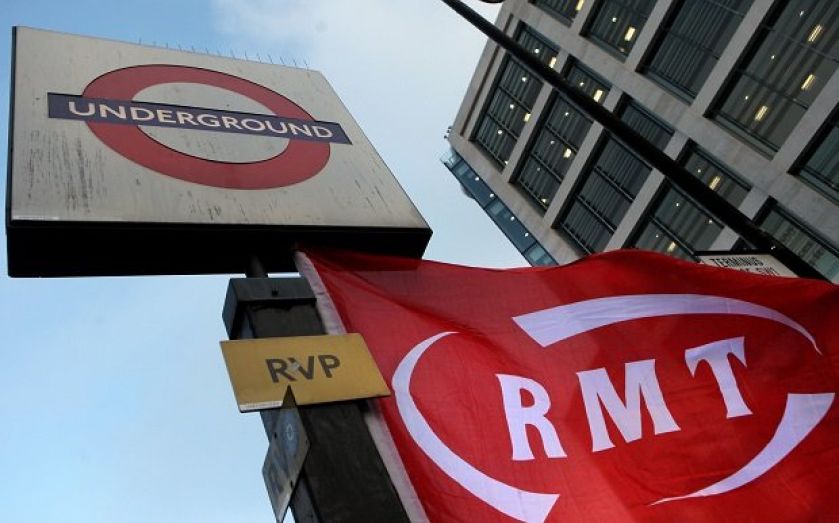 The Rail, Maritime and Transport workers' union has made the latest move in its conflict with London Underground (LU) and Mayor Boris Johnson.

On Wednesday, RMT staff will be instructed not to work any overtime and not to participate in development courses. The union blamed the action on LU's failure to engage over plans to close ticket offices and cut 960 staff.

Transport for London faces a massive challenge, with £4.2bn of savings needed by 2020. The job cuts and office closures are expected save around £50m. Londoners have already been subjected to two strikes since the start of the dispute in February.

This next phase of action has been called for the clear and simple reason that London Underground has failed to engage in serious discussions over cash-led cuts to jobs, services and safety which ignore harsh realities like the 10 per cent increase in violent assaults on the Tube and which instead are based on a bankrupt Thatcherite ideology handed down by Boris Johnson as he gears up for a return to Parliament and a pitch for David Cameron’s job.

Despite the protestations of the RMT's general secretary, London Underground's chief operating officer Phil Hufton insisted that there will be "no compulsory redundancies, anyone who wants to stay with us can have a job".

The RMT's announcement comes after Tube drivers' union Aslef ordered a second walk-out for its Central and Waterloo & City drivers on 17 September. Aslef says it has not been contacted to discuss the issues that led to last Friday's strike.

The union boasted that the strike was "100 per cent solidly supported" by its members and led to an almost total shutdown of the Central line. Yesterday the union said in a statement: "London Underground says this is an unnecessary strike, but they don’t seem prepared to deal with the problems we have raised or even to get around the table."