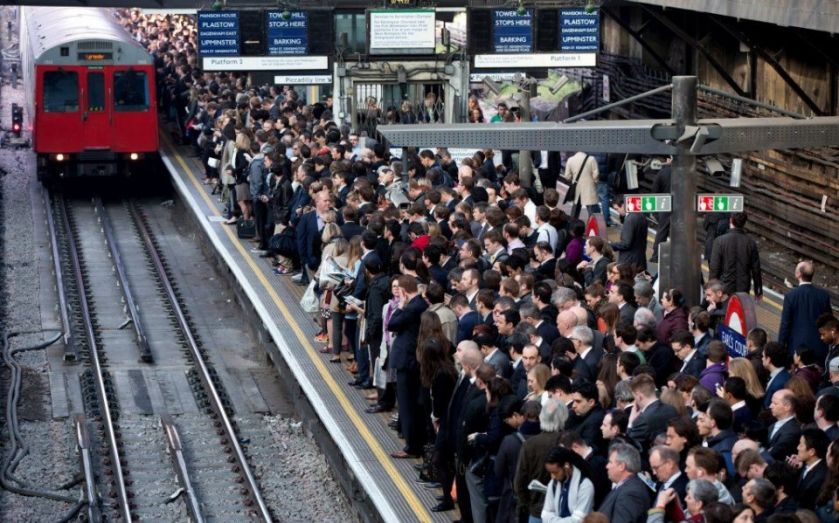 Thousands of commuters were facing a morning of delays today, after London Underground drivers went ahead with a 24-hour strike.

Read more: This map shows how long it takes to walk between London Underground stations

Unions have been at loggerheads with Transport for London (TfL) over the Night Tube, which will run at weekends from September.

The strike meant all London Underground lines were suspended, although there were good services on London Overground and the Docklands Light Railway, as well as trams and commuter rail lines.

In travel advice issued last night, TfL warned that although the strike was due to run until 6.30pm, no Tube services at all will run at all today, and there may still be disruptions tomorrow morning.

All lines were suspended during the morning rush hour (Source: TfL)

In a letter to passengers this morning, Mike Brown, the managing director of London Underground, said the night Tube will create at least 2,000 jobs in London, plus a £360m boost for the capital's economy.

"Night tube lines and stations staff will get £500 once the Night Tube is inplace and train drivers an extra £2,000 on top of this where transitional arrangements apply," he wrote.

"But the leaderships of the unions flatly refused to respond. They also refused to put the new offer to their members, which is extraordinary given that it is a very different offer to the one over which they were originally balloted."

The Tube strike in pictures

Protesters from the ASLEF and RMT unions at Brixton underground station (Source: Getty)

The morning commute has taken much longer than usual (Source: Getty)

Commuters wait to board a bus at Victoria (Source: Getty)