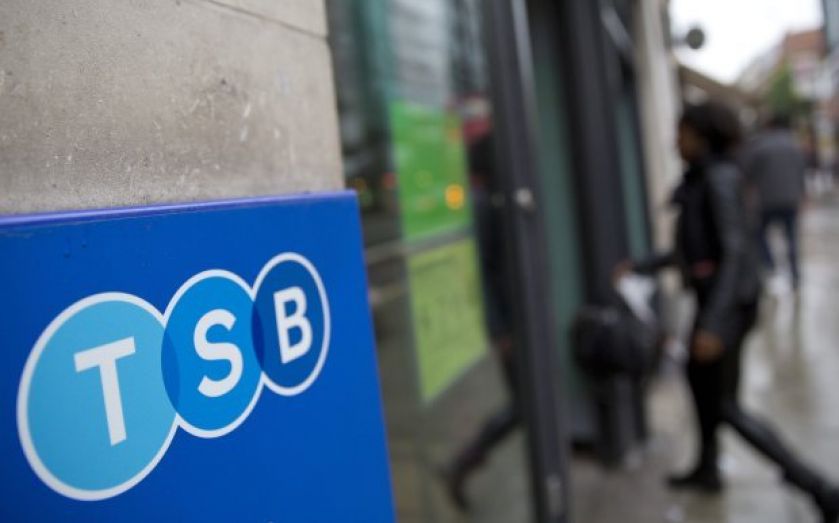 On its first day of trading TSB shares have moved up by more than 13 per cent, buoyed by strong investor demand.

Lloyds floated the bank at 260p per share, valuing the bank at £1.3bn. The sale was 10 times oversubscribed.

For now, trading is only conditional – institutional investors are involved but none of the retail buyers of TSB shares. Around 30 per cent of the offer has been allocated to those retail investors.

Lloyds has to sell all of TSB off by the end of next year, under European state rules triggered by its 2009 bailout. That the bank has managed to offload more than originally planned will make it easier to meet those obligations.

David Madden, market analyst at IG, says that today's TSB float has "a fizz that so many recent ones have lacked". "Perception is everything," says Madden, "so a good performance on day one puts the shares in a commanding position for future trading."

But why is it that we so frequently see stocks rise on their first day? We're used to seeing that shares will "pop" as shares trade for the first time. When they don't rise sharply, or even fall, in a big company on its first day of trading, it's big news.

Investors were sorely disappointed when Facebook shares rose by just 10 per cent on its first day in May 2012. That was considered tepid at best, despite making shareholders much richer overnight. Typically sales will be priced below what the seller considers to be market value. But of course, until the shares are being traded, no-one has any idea what that market value is.

If the share price is set too high, then investor appetite may be too low for the state to attract sufficient demand. That insight is central to understanding the debate over the privatisation of large government properties. In the case of government sales, it's important not to deter interest necessary for future asset sales. So caution prevails, and shares tend to go cheaply, rewarding those willing to take a risk by backing a company early.

As for whether TSB is a decent pick for investors, Shailesh Raikundlia, banks analyst at Espirito Santo, doesn't see the new bank as being a very profitable business at this point in time, merely offering a return on equity around the six per cent mark.

And for Lloyds, the sale is unlikely to have a large impact. Bound by law to sell off TSB as it is, the market has known this sale is coming for a while. With a book value of around £1.6bn prior to the IPO, Lloyds was likely to take a small loss unless the remainder of TSB owned by Lloyds appreciated sufficiently.

Espirito Santo continues to recommend that traders sell Lloyds stock, as Raikundlia says that shareholders have now paid over the odds for the shares already. Buying Lloyds has traditionally been seen as a bet on the health of the UK economy, but much of the ongoing recovery and coming increases in interest rates have been priced into the stock's value already.