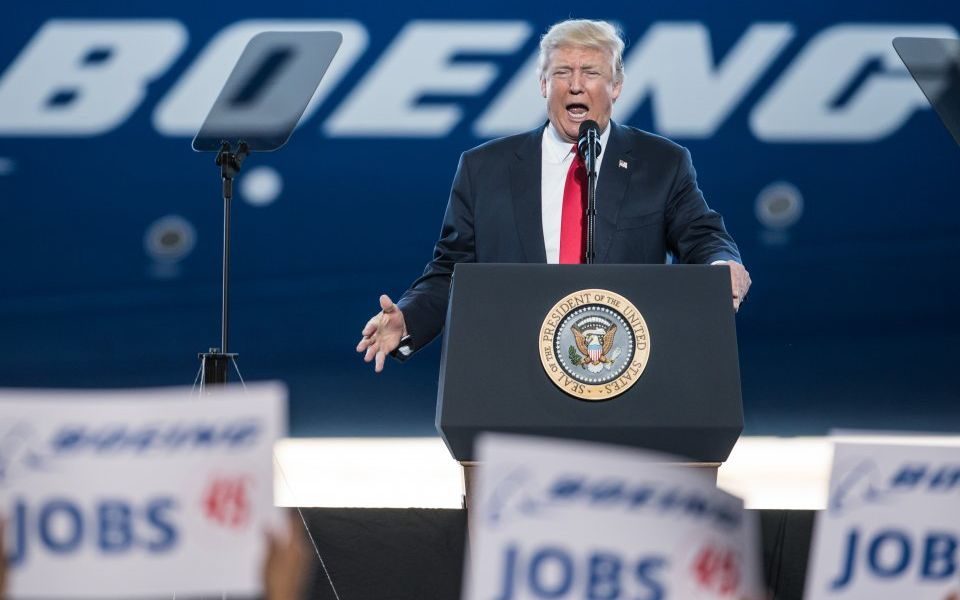 US President Donald Trump has pushed through an "emergency order" to the US Federal Aviation Administration (FAA) "to ground all 737 Max 8 and the 737 Max 9, and planes associated with that line," after an Ethiopian Airlines plane crashed and killed 157 people.

The FAA – and Trump by association – had both come under pressure in recent days, as countries ordered the Boeing 737 Max 8 to stay on the tarmac over safety concerns.

Today the FAA said it has taken the decision after analysing new evidence from the crash site of Ethiopian Airlines flight 302 which crashed in Ethiopia on Sunday.

"The grounding will remain in effect pending further investigation, including examination of information from the aircraft's flight data recorders and cockpit voice recorders," the FAA said.

Shares in plane maker Boeing were down around 2.7 per cent following the US leader's comments and subsequent action from the aviation authorities.

Boeing responded by recommending the FAA temporarily suspends the operations of the entire fleet of aircraft model worldwide.

"We are supporting this proactive step out of an abundance of caution," the Seattle-based plane maker said today.

The decision from the US follows aviation authorities in the European Union, Canada, China, Australia and others ruling to keep the Max 8 planes grounded over safety concerns following two deadly crashes on Ethiopian Airlines and Lion Air within six months.