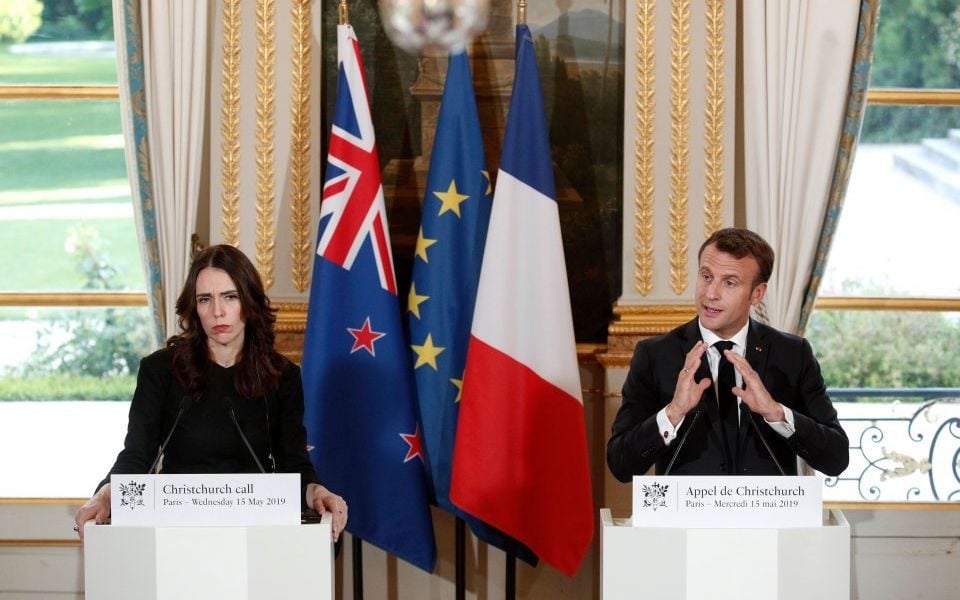 The United States has refused to join other nations in signing a pledge to tackle the spread of violent and extremist content online.

The White House said while it supported the document’s overall goals, it is “not currently in a position to join the endorsement”.

Five tech giants – Facebook, Twitter, Alphabet, Microsoft and Amazon – signed the pledge, alongside a promise to update their terms of use and to publish “transparency reports” on their progress.

The Christchurch Call was led by New Zealand and France, as world leaders gathered in Paris today to launch the pledge. It followed a live-streamed attack on two mosques in Christchurch, New Zealand in March, in which more than 50 people died.

Facebook also introduced new curbs on its live-streaming feature ahead of the Paris event, including a “one-strike” policy for those found to be uploading violent content.

Read more: Facebook co-founder joins chorus of voices to break up the company

The White House said freedom of speech and of the press must be respected in any measures to combat terrorist messaging online.

"We continue to be proactive in our efforts to counter terrorist content online while also continuing to respect freedom of expression and freedom of the press," it said. "We encourage technology companies to enforce their terms of service and community standards that forbid the use of their platforms for terrorist purposes."

"Further, we maintain that the best tool to defeat terrorist speech is productive speech and thus we emphasise the importance of promoting credible, alternative narratives as the primary means by which we can defeat terrorist messaging."