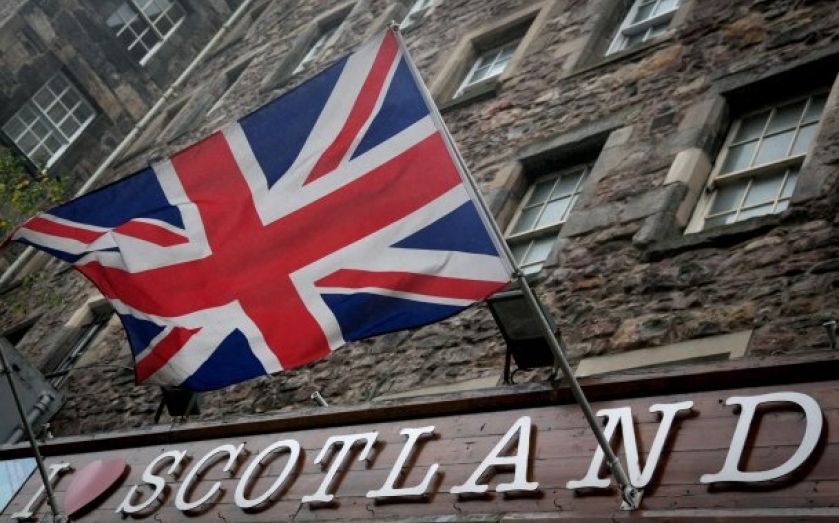 If necessity is the mother of invention, politicians of all stripes will have to be spectacularly inventive in dealing with the fallout from the Scottish referendum result. And we may yet stumble upon a new constitutional settlement that will go some way to encouraging both innovation and constraint in the bloated public sector both north and south of the border.

Such an outcome would be remarkable given the depressing, big government, high spending narrative that was deployed by both sides in the referendum. A casual observer may well have concluded that the only economic issue facing Scotland was how to spend the supposedly vast resources at the nation’s disposal. The nationalists barely deigned to acknowledge that wealth generation in an independent Scotland would be a challenge at all – simply splurging more imaginary money on state-run health, education and welfare would be an automatic consequence of separation. The unionists proudly declared that state spending per person in Scotland was measurably higher than elsewhere in the UK – as if achieving colossal levels of government expenditure was somehow the mark of a successful, dynamic and efficient economy.

But if the sound and fury of a hard-fought campaign gave rise to many absurd and fanciful pledges, the need to devise a new constitutional settlement will require hard-headed realistic thinking, and it is here that there are genuine grounds for optimism.

Far from entertaining any suggestion that they should wriggle out of their last-minute “vow” to enhance devolution, the three Westminster establishment parties should deliver more than they have thus far promised.

Health, education and welfare spending account for nearly two-thirds of government expenditure. None of these need to be controlled by a UK-wide government. Alongside a range of much smaller state-funded schemes – arts funding, for example – these can and should be handed over hook, line and sinker to the constituent parts of the UK.

Scotland already has a very different educational system to the rest of the UK. They should be encouraged to experiment and innovate much further.

The same goes for healthcare. The NHS and how to “protect” it became a dominant issue in Scotland in the last few days of the referendum campaign. But if completely and fully devolved, what is the threat healthcare needs protection from? The Scots could devise their own priorities and delivery mechanisms. Perhaps they will allow citizens to opt out of NHS treatment if they are dissatisfied with it – instead choosing to deploy the same amount of earmarked money with a more trusted provider. If such a system were trialled in Scotland and seen to work, those south of the border could learn from it and follow suit.

Pension provision – and welfare more generally – can be wholly ended as a UK competence. The universal state pension in Scotland will have to be paid for by the Scottish taxpayer. They can decide the rates, the age at which recipients are eligible and, crucially, the mechanism for funding it. A wise Scottish administration would adopt a save-as-you-go scheme, seeking to phase out the present, unfunded system and defusing the debt timebomb associated with it.

Of course, if vast areas of spending are transferred away from the UK authorities, tax policy must follow suit. Giving devolved powers to tweak income tax by a few percentage points either way is woefully inadequate. Each devolved nation should be able to construct their own tax system across the board. If the Scots chose to levy very high income tax rates on high earners, we will be able to see whether such people shift their employment south of the border. More optimistically, perhaps Scotland would seek to slash, or even abolish, corporation tax to attract investment and entrepreneurs. If they did, the rest of the UK would face real pressure to follow suit.

If we grasp the opportunity to radically devolve power to the constituent nations of the Union, the dynamic effects could be spectacular. At present, we are the most centralised state in the western world, and this greatly inhibits innovation and experimentation.

The actual impact of a serious programme of fiscal decentralisation would be to encourage a less monolithic, impersonal approach in the delivery of public services, and to subject our absurdly complex and burdensome tax system to real, internal competition.

If our political leaders at Westminster show some real courage, the fallout of the Scottish referendum campaign could be to transform our economy, not merely our constitution. Indeed, a medium-term consequence could be to encourage a lower-tax, lower-spend, less wasteful approach to government across the British Isles. Such an outcome might be a surprise to many, but surely it would be welcome by most.