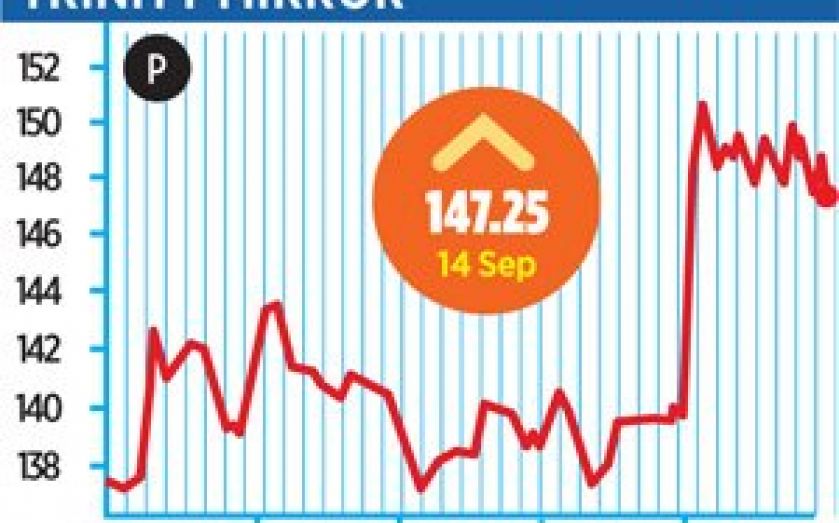 SHARES in Trinity Mirror rose by six per cent yesterday after the company confirmed that it is in talks to buy regional newspaper group Local World, in a deal valued at around £200m. The Daily Mirror owner already owns a 20 per cent stake in Local World, which was formed in 2012 through the merger of Daily Mail & General Trust’s (DMGT) Northcliffe Media and Iliffe News & Media. Other shareholders include DMGT, which owns 38.7 per cent and the Iliffe family with a 20 per cent stake. Liberum’s Ian Whittaker said the deal would be a “major positive” for Trinity Mirror, which has been grappling with falling advertising revenue and huge payouts to victims of the phone hacking scandal. “While synergies might be less than appear at first sight, it could still lead to significant earnings accretion. While phone hacking issues still overhang the shares, a Local World deal would be a major positive,” he said.