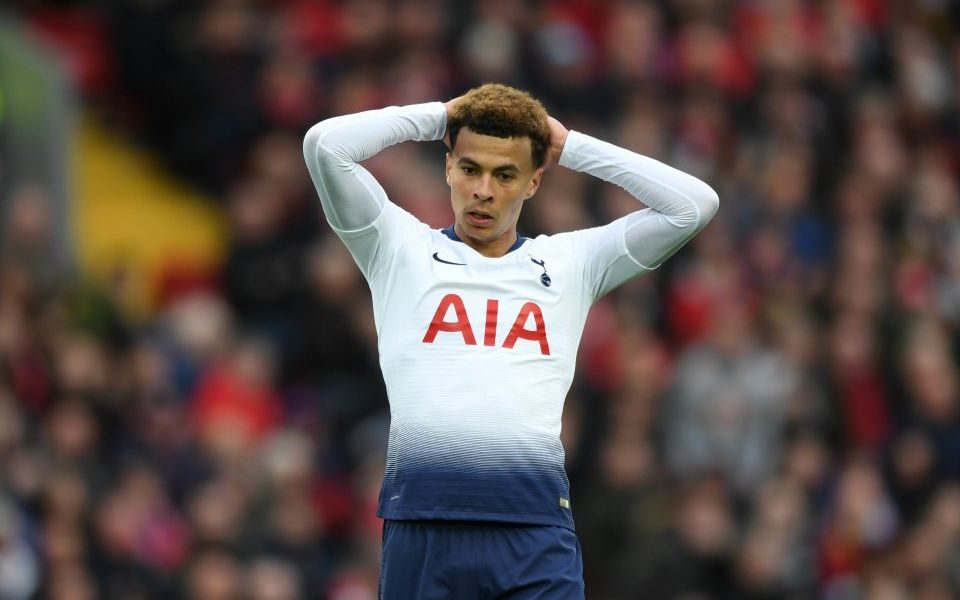 Tottenham goalkeeper Hugo Lloris has born the brunt of the criticism for a loss at Liverpool on Sunday that leaves them fighting to stay in the Premier League’s top four, but I believe their problems lie elsewhere.

Two stats tell the tale of Spurs’ season. First, they are in double figures for defeats, which is remarkable and shows they have not dragged a point out of games that they could have drawn.

Second, they have not scored enough goals from midfield. Dele Alli and Christian Eriksen have just five each, Harry Winks has one and Moussa Sissoko none.

Had they drawn even half of the games that they have lost, Tottenham would be comfortably in third – instead of fourth and only one point above sixth-placed Chelsea.

Setbacks have drained momentum and created pressure, while a desperation from failing to finish teams off has crept into their play.

Spurs have always been shrewd in the transfer market but last summer they were shrewd beyond shrewd, not signing a single player. Now when they need to go again, the squad is stretched a bit thin and it is a big ask.

Tottenham fans will be hoping that the move back to N17 and into their impressive new stadium heralds a new beginning, that results will immediately improve – starting with Wednesday's visit from Crystal Palace. That might not be the case, however.

I will be surprised if moving in proves to be a seamless exercise. Opposition teams will be excited to play at the state-of-the-art 62,000 arena too. It will lift them and they will know that they can pile further pressure on Spurs.

The race for Champions League qualification has turned into a mini-league between Arsenal, Tottenham, Manchester United and Chelsea. With one point from their last five league games, it is looking like it will take a very big effort for Spurs to finish in the top four.

After fixtures with Palace and Huddersfield, they meet City in three consecutive games in the Champions League and Premier League. Whatever the results, that will be demanding beyond belief. Who knows how Tottenham will come out of that?

Anything can happen at this stage of the season. There are also some crazy results; you just have to make sure you aren’t on the wrong end of them – which brings me back to my concerns about the timing of their stadium move.

Is this really what Spurs need now? It’s highly unusual for a club to switch homes in April and it feels risky, unnecessary and unwise.

Why not just wait until the summer and move in time for a new season, like other clubs have tended to do? My personal view is that it could end up being to the detriment of the team when they should be focusing on other things.