Trading on your relative strength 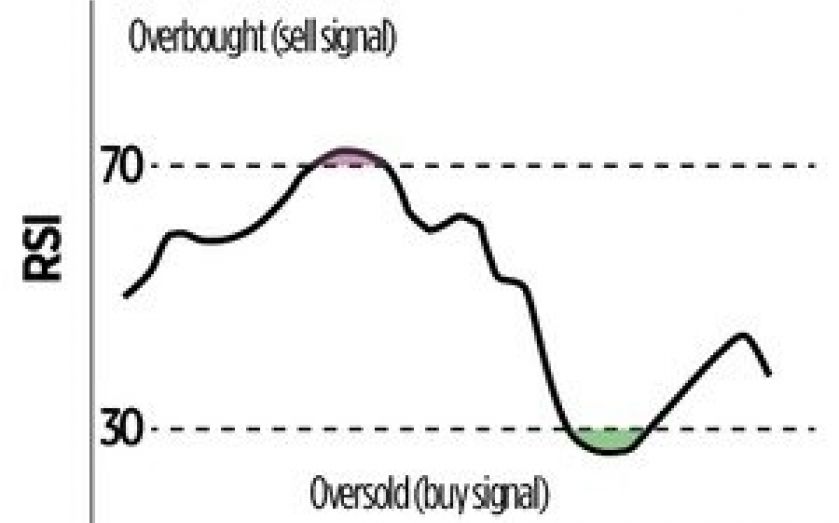 YOU will often hear a stock or instrument being described as overbought or oversold. However, neither has a definition that is set in stone. You could have the most flea-bitten company listed on the London Stock Exchange and it could still be oversold and worth a buy. On the other hand, household names, such as Facebook, often get overhyped and overvalued. So how can you spot a stock that could be either oversold or bought?One of the most common technical strategies is based on the relative strength indicator (RSI). Over a set period, the RSI compares the sum of daily gains with the sum of daily losses. RSI is calculated on a range from 0 (the maximum oversold figure) to 100 (the maximum overbought). If the instrument has only seen losses over the period being used, then the RSI will be 0, and if it has only seen gains then it will be 100. Typically, when the RSI rises above 70, the market is overbought, while a reading below 30 represents an oversold market. The reasoning behind the RSI is simply that when market enthusiasm for a stock peaks, then its positive days are likely to have been greater in number than its negative days. On the other hand, the opposite is true when there has been heavy selling.Any period can be used to calculate a stock’s RSI – the longer the period used to measure the stock’s past performance, the more long-term the implied RSI.PLOTTING YOUR TRADES When the price falls below an RSI of 30, the market has fallen to a point where it may be undervalued, presenting an opportunity to buy (see chart, right).When the market has risen above 70, it may be overvalued and present an opportunity to sell.When taking a long position: ● The RSI reading should be less than 30. ● An up-candle should form and close, sending the RSI reading above 30. ● At that point, consider going long on the market price on the open of the next candle.When taking a short position: ● The RSI rating should be a value greater than 70. ● A down-candle should form and close, pushing the RSI rating to less than 70. ● At that point, consider going short on the market price on the open of the next candle.The RSI is not a hard-and-fast predictor of a stock’s future behaviour – no technical indicator is. However, it can give you a decent snapshot of the stock in question, helping give you a vital decision-making edge.