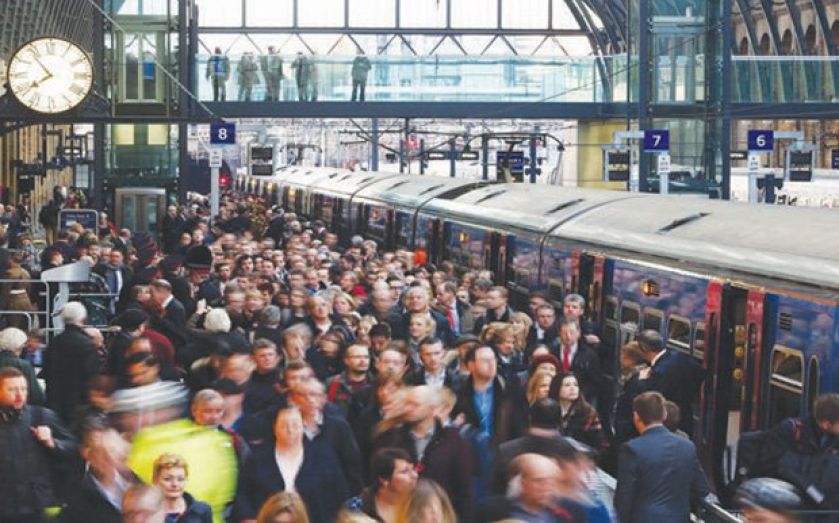 THE COST OF rail season tickets will be frozen in real terms throughout the next parliament under plans announced late last night as part of the Conservative party’s General Election manifesto. Train companies’ regulated fares – which include commuter season tickets – will be able to rise, on average, only at the rate of retail price inflation (known as RPI). Typically fares can rise by RPI plus one per cent, yet the pledge continues the coalition’s move to­wards the end of the current parl­iament to cap fare hikes at RPI. The RPI measure of inflation tends to be higher than the more-often-used consumer price index (CPI). RPI is one per cent and CPI is currently at zero per cent. “Because of the difficult decisions that we have taken to repair the economy, we have been able to hold down commuter fares for the past two years. If elected in May, we would freeze them in real terms for the next five,” David Cameron said. The policy builds on the Tories’ key cam­paign message of economic stability and boosting workers’ disposal income. Train companies receive government subsidy to compensate for lost revenue – so if fares go down, government subsidies goes up. Consequently, the policy could end up costing taxpayers more. A source within the industry told City A.M.: “Train companies will be neither winners nor losers from this. It’s a question of balancing who pays for the railways – taxpayers or pas­sengers.” Michael Dugher, Labour’s shadow transport secretary, hit back: “The truth is Tory ministers have allowed rail fares to rise 20 per cent on average since 2010 and services for hard-pressed commuters to get worse.” In August 2014, Ed Miliband proposed a similar fare cap policy. Conservative transport secretary Patrick McLoughlin responded at the time by saying the plan would cost taxpayers £1.8bn by 2020.