To the Moon: The ‘fintel’ going after the TikTok generation 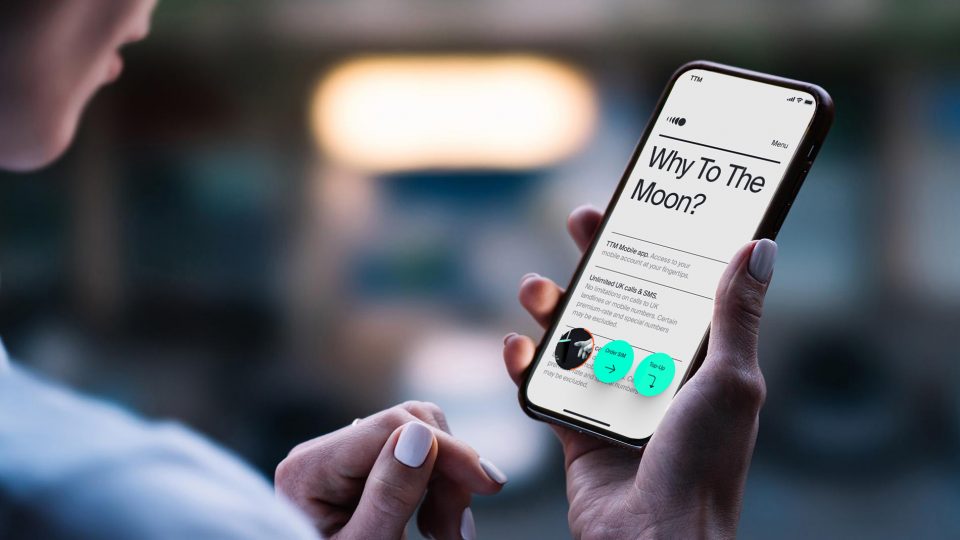 Almost every startup has at some stage dubbed themselves a disruptor. The Monzo or Revolut of their respective industries.

It has become a tired cliche in the startup world but a new London-based startup is laying claim to being not only a disruptor but forging a new industry in itself.

To the Moon claims to be the world’s first mobile ‘fintel’ service which combines a mobile network with a crypto wallet.

City A.M. sat down with chief executive Andy Hallam to discuss how the startup is planning to disrupt a saturated industry and how social media will play an integral role.

Read more: Exclusive – Fintech tsar Charlotte Crosswell: ‘Our sector is not a fair and inclusive place’

Hallam is not what you would expect when you imagine a chief executive of an innovative new startup. He is a veteran of the telecoms industry and was on the way to retirement when he was approached to work with To the Moon back in 2018.

Using EE’s network, To the Moon’s USP seems to be flexibility around data bundles and its integrated crypto wallet, a world-first.

The meteoric rise of bitcoin this year has prompted everyone from Elon Musk to Nigel Farage to institutions like Goldman Sachs to jump on the cryptocurrency bandwagon.

Hallam admits he is “green behind the ears” when it comes to cryptocurrencies – a bizarre confession to make given crypto is central to To the Moon’s offering. Even the company’s name is a term used in crypto circles to refer to bitcoin.

But Hallam has ambitious plans and it is clear he understands the growing demand for it even if he himself doesn’t understand the intricacies.

To the Moon launched the crypto wallet feature as part of its launch back in October, and claims that the “accessibility and simplicity allows customers a safe and secure introduction to the world of crypto”.

What customers can do with the wallet seems unclear and it feels a little like they’ve chosen to introduce it on somewhat of a whim. Given the heightened scrutiny of the crypto market from regulators across the world it seems a risky move.

Hallam explains that moving forward the service will allow data to rollover, much like its competitors, which will be converted into cryptocurrency and sit in the wallet.

“The customer has that balance ready, available to do what they want with it,” says Hallam. “They can either convert it from cryptocurrency to ordinary flat currency and spend it in a shop. Or it can stay in the wallet and top up the phone.”

Hallam is clear from the outset that To the Moon is going after the Gen Z market.

Central to this is its slider feature which allows considerable flexibility for the customer, perfect for a Gen Z student.

“If you only have a certain amount of money to spend in a month, you can buy a package to suit that,” Hallam says.

For this telco veteran the move into social media marketing is a new one. “We’re running ads on Facebook and Snapchat, and suddenly we have followers on TikTok,” he says rather bemusedly.

Since its launch in October To the Moon now has 1,000 customers with the vast majority being students. It is an impressive feat given the company has just under 900 TikTok followers and less than 300 likes on Facebook.

It follows in the footsteps of firms like EE who have used social media, particularly TikTok, to capture an ever-growing part of the market.

Interestingly, To the Moon is jumping on another trend and using high-profile influencers to promote its special offers, which include free bundles of data, earphones and cash prizes.

Moving forward Hallam told City A.M. the team plans to pivot its marketing offline within six months, following in the footsteps of GiffGaff.

To the Moon is an interesting concept. If it can create a buzz by capitalising on the increased interest in crypto and its clear marketing strategy, 2021 could be time for lift off.