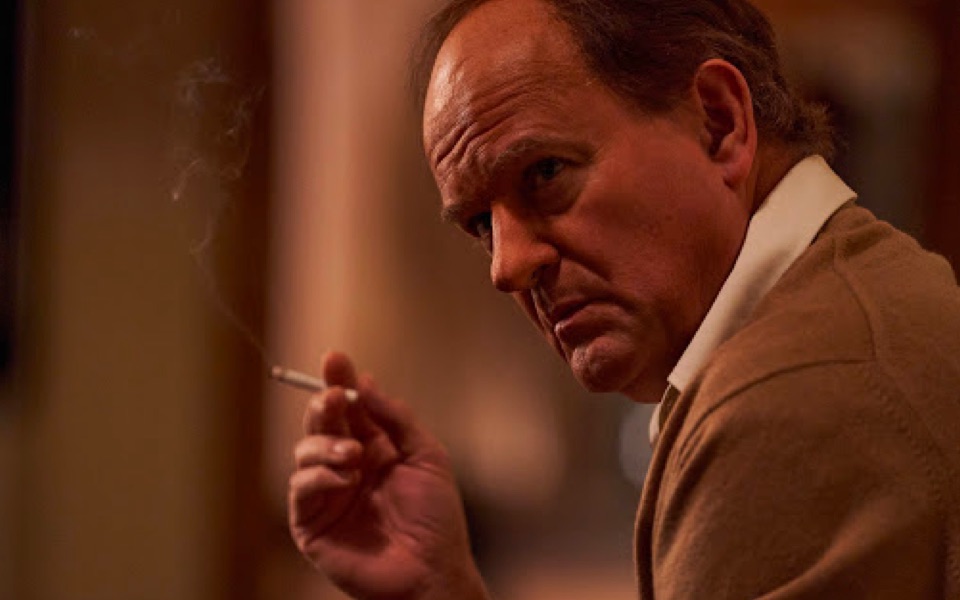 Despite the number of adaptations of his work, To Olivia is the first major portrayal of author Roald Dahl on screen. Hugh Bonneville plays Dahl in the period after the death of his daughter Olivia, and the growing divide between he and his wife, American movie star Patricia Neal (Keeley Hawes).

Battling through mental health issues at a time when it wasn’t discussed, both Neal and Dahl attempt to heal their wounds on the verge of a breakthrough in both of their careers.

In recent years, the legacy of the writer has come under scrutiny, making this a less enticing prospect for some. However, on paper the facts of Dahl’s life seem like fertile ground for a screenplay. It’s likely many watching won’t be aware that he was married to a Hollywood star, or that he wrote perhaps his most celebrated work, Charlie & The Chocolate Factory, in the midst of the grief of losing a child.

Despite these promising beginnings, the film wanders along aimlessly. Dahl’s depression isn’t explored to any deeper extent than him being reclusive and getting into arguments with Neal. Indeed, Bonneville makes a difficult protagonist, particularly given his involvement in a subplot where Neal has a chance to work with Paul Newman in classic Western Hud. His goading of her is presented as reverse psychology, but in the end comes off as mean. There simply isn’t enough of a link between the person and the legacy. Not all authors are as exciting as their work of course, but if that’s the case then why are we watching?

Mercifully, Hawes is excellent as a mother trying to hold a family together given the emotional absence of her other half. Her choice to overcome her self-doubt when making what would be her Oscar moment in Hud makes for some interesting moments opposite Outlander’s Sam Heughan as Newman. It’s a bright spot in a film that, like its lead, seems to content to rattle around a cosy cottage saying nothing.

Like 2019’s Tolkein and 2017’s Rebel In The Rye, To Olivia suffers from the fact that it can be difficult to make the life of a writer seem cinematic. Despite the best efforts of those involved, the slight storyline doesn’t reflect the exciting work of the man it portrays.

To Olivia is available on Sky Cinema from 19th February