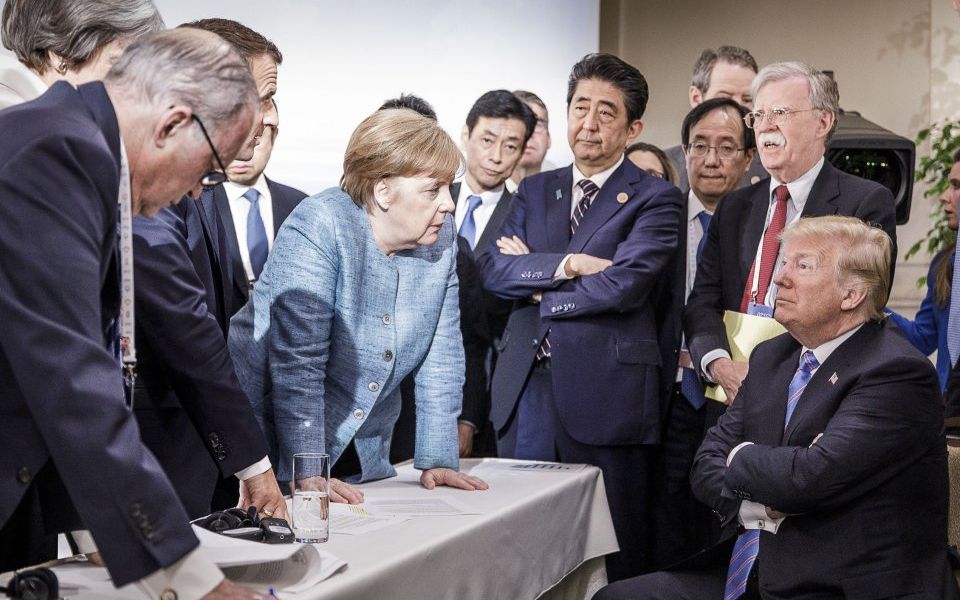 “Trade wars are good and easy to win”, so says US President Trump who last weekend railed against the EU for being as “bad as China” when it comes to trade practices that he perceives as being disadvantageous to US jobs and business.

Over the past few weeks the rhetoric over global trade has been ramped up quite markedly as investor concerns rise about the prospect of a global trade war. The decision by the US to raise tariffs on imports of steel and aluminium may well protect US jobs in this particular area but it will also raise costs in the areas of the US economy that use these metals, like auto, construction and manufacturing.

This will likely mean higher prices and higher inflation which in turn will hit the US consumer which at the moment, despite a tight labour market is only seeing modest wage growth. This would suggest that in seeking to protect US industry from cheap imports domestic prices could well rise causing US businesses to shed staff to cope with higher costs. In 2002 the Bush administration adopted similar measures on steel however they were abandoned after 18 months as a raft of US companies in related industries went bust as costs increased.

While the US does have a point about Chinese steel dumping the scattergun effect of his trade sanctions will also serve to penalise the US’s historical partners and allies, with Canada being hit the hardest.

On the flip side we have the more plausible argument that trade wars are bad, and usually hurt the very people they are designed to protect which makes the response of the EU, Canada and China while justifiable in the short term, it also risks a significant escalation.

The EU has already retaliated with a modest range of tariffs on US imports, to the tune of €2.8bn, on goods like motor cycles, whisky and orange juice. Canada has also followed suit, and China will likely weigh in later this week, in response to similar US tariffs of $50bn, with the risk that the US will respond further as it targets the European Union’s huge automotive sector, the US being its second biggest export market.

This raises the prospect of making a bad situation worse with consumers likely to bear the brunt, and while one can sympathise with the fact that the US is behaving irrationally, surely the best way to deal with the US is to play the game a different way.

Tit for tat responses rarely end well, with the reactions to Smoot Hawley in the 1930’s being used as a historical precedent, as rising costs impacted on domestic consumers. Furthermore, there are significant anomalies on how the EU levies tariffs on US imports, which suggests that President Trump has a point about some of the EU’s trade policy.

Rather than dealing with the US by way of counter punch the EU would best serve its consumers by way of engaging with the Trump administration in a more constructive fashion, holding back from kneejerk retaliation and displaying a willingness to negotiate in the expectation that we could see a ratcheting down of some of the recent trade tension that is currently spooking investors.

This approach worked in 2002 when the Bush administration was forced to abandon its steel tariffs after 18 months under pressure from US businesses who were adversely affected by the increases in costs.

EU politicians should put their egos to one side and think about the people they represent who will feel the effects of any retaliatory measures, more than they will.

If as economists claim, tariffs hurt the implementer more than the intended victim, then surely the best policy is to refuse to engage in a race to the bottom.

Losses can exceed deposits. CMC Markets is an execution-only service provider. Personal circumstances not considered. Content is not advice.