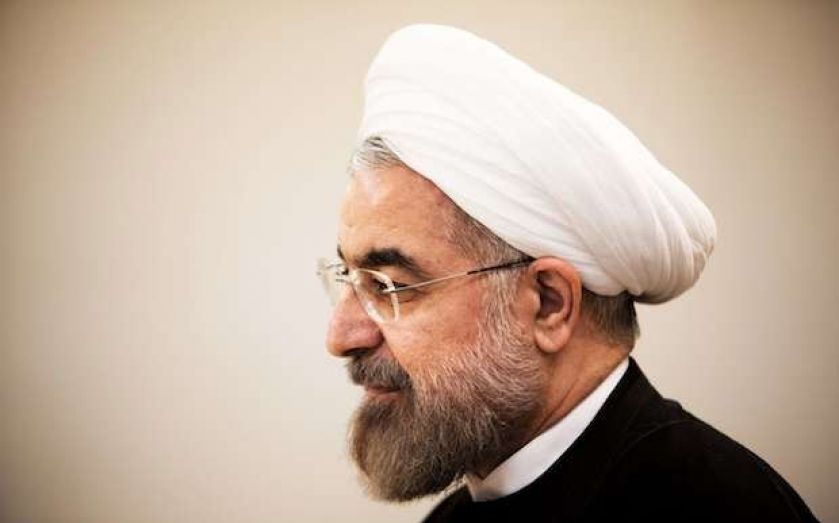 ONE OF the areas of overlap between the business and political worlds concerns negotiation; any businessman or government-type worth their salt surely loves the chance to play at being that master actor-negotiator Peter O’Toole, if only for a limited audience. Some of my fondest memories of my decade in Washington involve behaving outrageously – asking for more in talks than I ever thought I could get and, after haggling worthy of a scene in O’Toole’s The Lion in Winter, receiving just about what I could have lived with in the first place.This is how it works in the financial and political capitals of the West. And as negotiations resume with Iran this week, this is precisely why we are under-rating the potential of the Iranian nuclear crisis to upset the apple cart of global stability – however exciting the prospect of access to its economy is proving to business leaders.The conventional political risk analysis goes like this. Against the odds, an Interim Agreement on Iran’s nuclear programme was reached in Geneva at the end of last year. Talks on a final status nuclear solution are about to start, being given six months to reach an accord – with a possible extension of six months on the cards just in case. Yes, the opening positions between the two sides are far apart, but what did we expect? The Iranians are asking for far more than they expect to get (just as we would), but will settle for a reasonable deal after a year’s worth of haggling. No need to worry about this one in terms of investment or global stability, mate.But the opening negotiating positions tell an entirely different story. These are not slight differences made artificially larger as initial negotiating gambits. Instead, they illustrate a glaring chasm in worldviews between the two sides. These positions are likely to be unbridgeable, and will surely not be resolved within a year’s time. That means that the real and unavoidable reckoning in US-Iranian relations is only about 12 months away.Listen for a minute to America’s opening demands as though you were an Iranian mullah. Iran must decrease the number of its uranium enriching centrifuges from the current 19,000 to fewer than 5,000. The James Bond-style enrichment plant of Fordow – buried in the side of a mountain and thought impregnable to attack by anything except America’s most potent bunker-buster bombs – must be closed. The heavy water reactor at Arak, which offers an alternative plutonium route to a bomb, must also be dismantled.A full and truthful account of all of Iran’s past nuclear weaponisation activities must be handed over to the West. Consent to unprecedented, highly vigorous and intrusive International Atomic Energy Agency inspections must be agreed to. And, oh yes, after all that, we can discuss removing sanctions over time. Could any Iranian leader of any stripe agree to even a portion of this and physically survive the day? There are already signs that criticism of Iranian President Rouhani is stirring.Now imagine you are part of President Obama’s negotiating team, nervously looking over your shoulder at a fire-breathing Congress that, even with the signing of the Interim Agreement, cannot wait for any excuse to slap new sanctions on Iran. Here is what Rouhani is offering. First, none of Iran’s existing nuclear plants will be destroyed, including Arak. Second, Iran has the right to “industrial-scale” enrichment, meaning obtaining over 50,000 centrifuges. No, none of that was a misprint.It is thought that Rouhani’s diplomatic strategy envisages a deal which allows for a freeze in Iran’s nuclear programme for three years. Afterwards, having shown good faith to the international community by signing onto intrusive inspections, a now trusted Iran, with its programme wholly undestroyed or even limited, will be allowed to expand enrichment to the industrial scale it wishes. These are terms no US President could possibly accept.In turn, the Obama White House seems to want to make it as hard as possible for Tehran to make a dash for a nuclear weapon, denying it the ability to produce large enough new amounts of fissile material to escape detection and disruption. But however much we slice and dice things, these two wholly contrary diplomatic stances cannot both be accommodated. The White House is not prepared to accept that Iran is de facto a nuclear threshold state, which is probably the end game the Iranians have been aiming for all along.In the words of the great Betty Davis in All About Eve, “Fasten your seat-belts, it’s going to be a bumpy night”.Dr John C Hulsman is president and co-founder of John C Hulsman Enterprises (www.john-hulsman.com), a global political risk consultancy. He is a life member of the Council on Foreign Relations, and author of Ethical Realism, The Godfather Doctrine, and Lawrence of Arabia, To Begin the World Over Again.