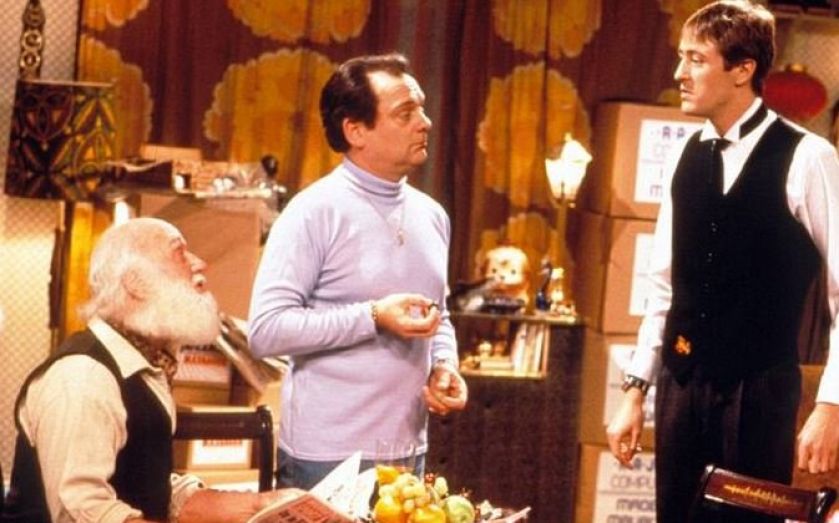 After making – and losing – their fortune, Del Boy and Rodney might be pleased to know their flat at Nelson Mandela House could have been helping them towards their much-hoped-for millionaire status all along.
Only Fools and Horses characters' iconic Peckham home may not have looked like much when the show started back in 1981, but by now it would be worth £330,000, according to estimates from online estate agency eMoov.co.uk.
Not bad considering the place would have been council property when the Trotter boys first lived there.
Theirs is not the only property made famous by TV to have made its (fictional) owners some readies.
Liverpool-based 1980s sitcom Bread – where much of the action took place around the Boswell family kitchen table – was filmed in Elswick Street, Toxteth.When production started in 1986, a two-bed terraced house would have cost around £18,000 – half the national average. It would be worth £90,000 today.
They might have been Men Behaving Badly, but while they were guzzling beer in front of the TV, they were also sitting on a tidy profit. The two-bed Ealing flat has jumped in price from £125,000 at the start of the 1990s series to around £550,000 now.
More recently, Harry Potter – when not up to all sorts of magic and mischief at Hogwarts – was to be found at the Dursley home of 4 Privet Drive. House prices at the real address – Picket Post Close in Bracknell – have risen by a third since the first film was released, and the house is now valued at £350,000.