Three steps for a pleasant commute 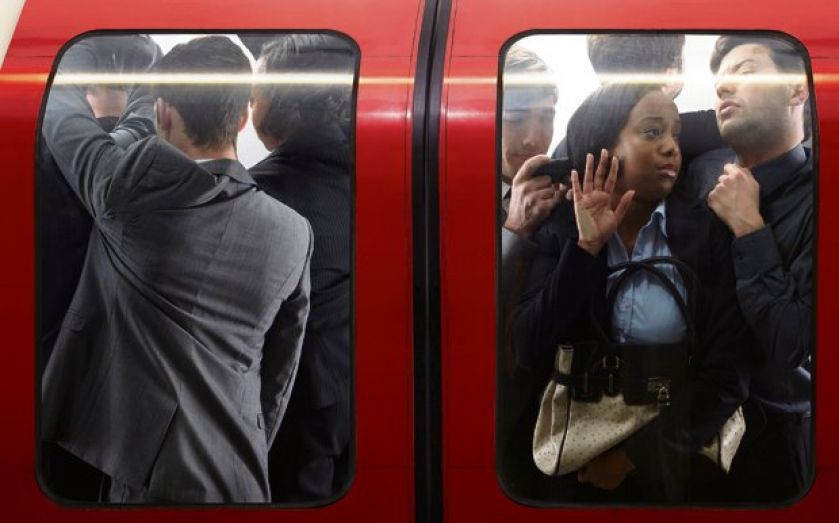 LET’S face it – commuting is the worst part of the day. Swedish researchers found that a journey in excess of 45 minutes for just one partner in a marriage made the couple 40 per cent more likely to divorce. Our own Office for National Statistics, meanwhile, released data showing that non-commuters rated their happiness on average 0.19 points higher (on a scale of one to 10) than commuters. And after a long weekend of Easter egg hunts and good TV, the contrast of a being stuck in a sweltering carriage, surrounded by sweaty armpits and sharp elbows, will be all the more stark. But don’t lose hope. Here are three ways to make your journey more manageable.

1 GET A SEAT (STRATEGICALLY)

Seating is precious on the Tube, allowing extra breathing space and the chance for a covert nap. And while the race for chairs can get heated, Brendan Nelson (a user experience designer who blogs on the topic) thinks most of us fail to see this for what it really is: all-out subterranean warfare. Borrowing from military tacticians, he recommends the following strategy to maximise your chances of coming out on top.

First, identify the enemy. The carriage is made up of civilians (those happy to stand – you can ignore them), occupants (current sitters) and aspirants (people, like you, looking for a seat). Once you’ve taken up a position in front of a row of occupants, act casual. Nelson quotes Sun Tzu: “All warfare is based on deception.” You’re more likely to be successful if others don’t know how canny you are.

Next, monitor the occupants. If someone starts putting away their copy of City A.M., it could be time to strike. Don’t put all your eggs in one basket, though, they may just be switching reading material, and another seat could be freed up while your attention is diverted. But even when you’re sure an occupant is leaving, it’s not over. Execution is critical – all too many aspirants’ hopes are dashed when they end up outfoxed at the last minute. Nelson says that the best tactic is to shift your position to make it easier for the occupant to leave. Then, as they pass you, swing around them in an “orbital” motion and straight into the empty chair.

But what if you’re barged out of the way and miss out, or finally sit down and end up squashed between two giants with splayed legs? Try not to get angry. Anger breeds yet more anger, and it’ll only serve to put you in a bad mood for the rest of the morning. Moreover, it’s likely to provoke a response, perpetuating feelings of resentment. When engaging in a Tube row, no one wins.

As with road rage, deep breathing helps, but it’s also worth having a stock phrase to turn for communicating without being confrontational. Human resources expert Susan Heathfield has written about addressing workplace issues in a non-confrontational way, and says that using personal pronouns like “I” focuses on your experience of the situation, rather than on attacking the other person.

Perhaps the best way to make your daily commute more zen-like is to imitate the Buddhists themselves. But as meditation experts Andy Puddicombe and Emma Mills have argued, this doesn’t have to involve slipping into a deep, monk-like state. By being “mindful” of the things going on around you, studies have found that it’s possible to de-stress and achieve an inner sense of calm. Relax and think just about the feel of the platform beneath your feet, or how many stations you can go through while focusing purely on your breathing and nothing else – just make sure you don’t nod off and miss your stop.

Make leaving on time a science

The quantified self movement is creeping into ever more areas. And Daily Commute allows you to optimise your journeys. Simply plug in the times you leave and arrive, and the app will work out statistically how long it’s likely to take you on a given day. If it tends to take 10 minutes longer in wet weather, for example, the app will let you know.