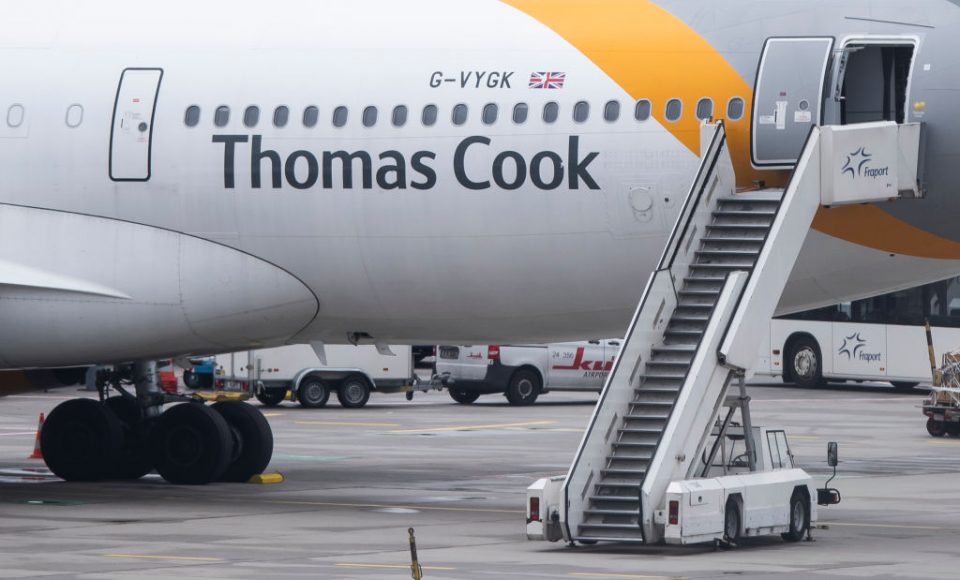 Thomas Cook’s pension funds are in talks with insurers to mitigate cuts to payments for the employees of the collapsed travel firm.

A deal with an insurer would see payments slashed by a smaller amount than the 10 per cent cut if the pension scheme was transferred to the Pension Protection Fund (PPF).

The discussions are at a preliminary stage and will not lead to a deal until the schemes have been assessed by the PPF, which could take up to two years.

Sources told Sky News that pension risk transfer specialists and at least one “superfund” consolidation vehicles, were in talks about a deal.

Thomas Cook collapsed on Monday, leaving 155,000 Brits stranded abroad and costing most of the travel company’s 9,000 UK employees their jobs.

The firm failed under the weight of a £1.7bn debt pile after it was unable to drum up support for a rescue package.

Peter Fankhauser, Thomas Cook’s chief executive, called the collapse “a matter of profound regret” and apologised to the firm’s “millions of customers, and thousands of employees”.

Lenders including RBS and Lloyds Banking Group released a statement following the collapse saying they had been “extremely supportive”.

“Unfortunately, and notwithstanding the efforts of all stakeholders, the £1.1bn funding requirement to adequately recapitalise Thomas Cook has ultimately proved too significant,” they said.