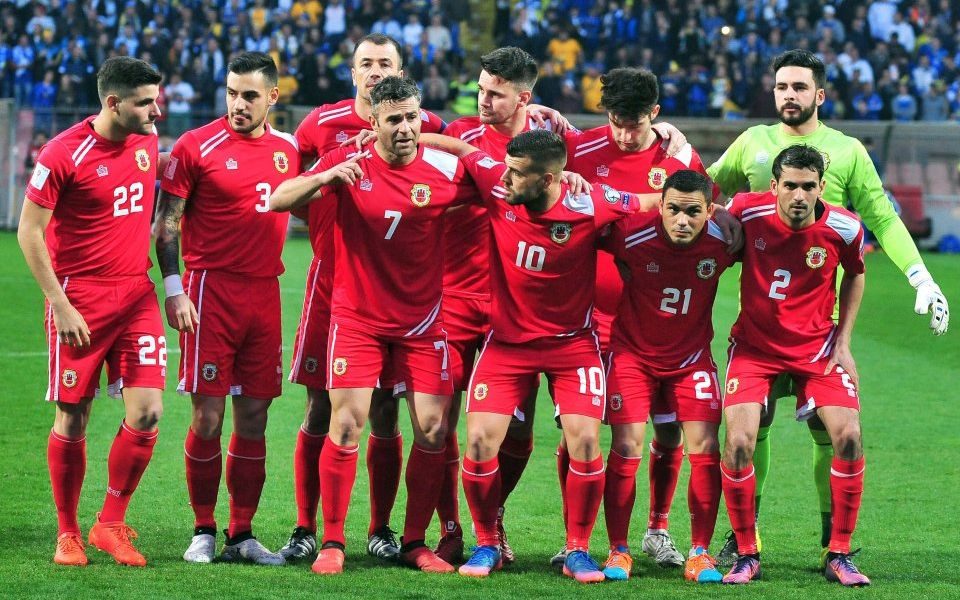 Bored of the international break? Not drawn in by the Nations League? Counting down the hours until the Premier League resumes on Saturday?

England’s exciting 3-2 win over Spain may have brought around some people, but there are plenty who view Uefa’s idea to brighten up international football as an unwanted distraction from more important formats.

Try telling that to Gibraltar.

Read more: How a Texas businessman helped bring Leyton Orient back from the brink

After going 22 games without a competitive victory, and having lost all of their Euro 2016 and 2018 World Cup qualifiers, the smallest Uefa member in terms of size and population enjoyed a historic week, winning back-to-back fixtures to break their duck in style.

The first momentous win came 2,694 miles away from home. Joseph Chipolina’s second-half penalty in Yerevan saw a team of amateurs beat an Armenian side which contained Arsenal’s Henrikh Mkhitaryan 1-0 and spark jubilation among the players, staff and hardy fans who had made the journey to the fringes of Europe.

Buoyed by a first ever competitive win in their relatively young footballing history, Gibraltar returned to their peninsula at the foot of Spain confident of securing another.

On Tuesday they did just that, breaking yet more new ground in the process. Having gone behind to Dennis Salanovic’s 15th-minute opener they battled back through headers from George Cabrera and Chipolina – whose second goal in a week saw him become their joint top-scorer. It was Gibraltar’s first home victory and the first time they had scored twice in an international.

For the crowd of over 2,000 – around six per cent of the population – it was a special achievement and delirium swept over them. Most in the stands of the Victoria Stadium knew someone on the pitch; everyone knew what it meant.

For veteran forward Lee Casciaro it meant the culmination of 20 years of hard graft. The 37-year-old Gibraltarian has been there throughout the journey.

Despite not being from an island, he’s competed in the Island Games with Gibraltar; he’s played in the FIFI Wild Cup – an alternative for non-Fifa recognised states; and he’s travelled to north Wales for the Four Nations Tournament.

Gibraltar had only previously won in friendly matches (Source: Getty)

Casciaro was there when they were made a Uefa member in March 2013 and when they were finally granted Fifa status in May 2016. Understandably, he’s now intent on enjoying the moment.

“The team is buzzing,” he tells City A.M. “It’s something we’ve been training towards for four or five years. It really is a dream come true.

“Until September we played our home matches in Faro [in southern Portugal], so it was good to come home. After the win in Armenia where there were only 20 or 30 fans, it was great to do it in front of a home crowd. It’s a small place where everyone knows each other, so it was nice to give back.”

Casciaro, who has played alongside his two younger brothers, Kyle and Ryan, for most of his career, relies on the tight-knit community to allow him to play.

“I work as a policeman in the Ministry of Defence but luckily my shift pattern is OK to fit football in,” he explains. “If not someone will step forward to cover me. There are 90 of us in the department and people help each other out.”

Casciaro, like many of the Gibraltar team, plays his club football with Lincoln Red Imps. The Gibraltar Premier Division champions gained attention in July 2016 after Casciaro’s goal saw the Imps beat Brendan Rodgers’s Celtic 1-0 in Champions League qualifying. ‘The Shock of Gibraltar’ helped put them on the map, while another of Casciaro’s goals – Gibraltar’s first in competitive football in a 6-1 defeat by Scotland in March 2015 – also helped.

But after showing flashes of potential Casciaro thinks the amateur side have grown massively since June under Uruguayan boss Julio Ribas – a coach who once led Penarol to the Uruguayan Primera Division in 2003.

“There’s been a change in the professionalism at both international and club level,” Casciaro explains. “Julio Ribas has been really important in that aspect, bringing his knowledge from abroad. We have been training twice a week for six months in build-up to the Nations League – not just in the week of a game, like before. It has helped us bond and grow as a team.”

Despite their improvements Gibraltar remain 198th in the Fifa rankings, between Pakistan and Samoa. They had got used to thrashings, conceding 56 in Euro 2016 qualification and 47 in the World Cup preliminaries. But the Nations League has turned all that on its head.

Gibraltar no longer have to endure 9-0 thrashings by Belgium (Source: Getty)

“The Nations League benefits us as it means we compete against those on our level,” Casciaro says. “There are no longer pointless matches against Germany and France, which don’t allow us to progress and don’t interest the fans.”

Mismatches are a thing of the past. Gibraltar sit joint second in Group D4 with six points. Next month they face Armenia at home and leaders Macedonia away for a chance at securing glory and promotion to League C. It would be the perfect scenario for Casciaro.

“The media coverage has been good,” he says. “We came out after the Lichtenstein win and felt like superstars, like professionals. It’s nice. We are striving for a higher level. You’ve just got to enjoy it.”