The special Anglo-American relationship is still worth celebrating – and defending 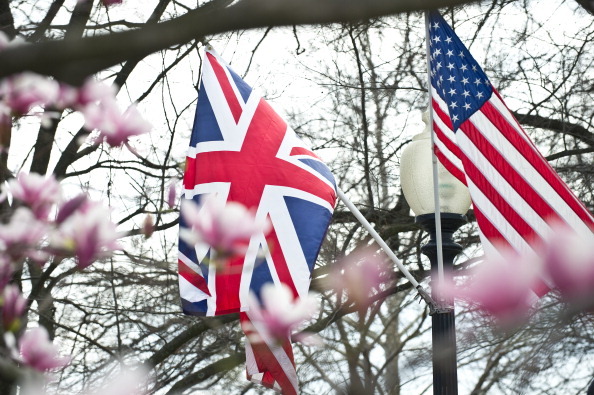 To understand how close the relationship between Britain and America really is, consider a conversation that took place in December 2003, between the heads of the US National Security Agency (NSA) and the UK’s GCHQ.

There was intelligence, the US intelligence chief said, to suggest that al-Qaeda was planning a nuclear attack. So if there was a “catastrophic loss” at NSA headquarters, its systems would be placed under GCHQ’s control.

Partly, this was about logistics. The NSA’s backup site wasn’t yet ready, whereas GCHQ could handle the load. But it was also an awesome statement of trust. The head of the most sophisticated intelligence network ever created was willing to place control of it in the hands of another country. What other alliance in history has ever been that close?

Because of America’s status as the global superpower, it is easy to overlook how unusual the Anglo-American relationship really is. Yes, we fixate on US politics – but doesn’t everyone? Yes, we devour its popular culture – but surely that’s not unique?

But it goes so much deeper than that. America is the largest single destination for Britain’s exports – taking more than twice as many as Germany, in second place. In turn, we import more from America than any other country bar Germany.

Britain is, by a distance, the largest single investor in the US. Britain’s companies invest more in the US than anywhere else. And American firms are the biggest investors here.

That’s before you consider those security ties – the fact that the UK and US militaries and intelligence networks are intertwined to a historically unprecedented extent. Or the philosophical bonds – the fact that there is such a thing as “Anglo-Saxon capitalism”, a shared commitment towards liberal economics and liberal thinking.

Yet while the ties between Britain and America have never been closer, they have rarely been more vulnerable.

For many in Britain – particularly on the left – America is more foe than friend. They criticise its foreign policy, resent its military supremacy, despise its President. They argue that a post-Brexit free trade deal – one of the most basic ways in which two countries can make each other richer – will lead to unhealthy chicken on our plates and the selling-off of the NHS.

Leaving aside that millions of people in the US appear to have been eating chlorinated chicken perfectly happily and safely for decades, this scepticism towards America is decidedly ill-founded.

America has its problems. But it is also more prosperous and more productive than Britain – by a long chalk. As Margaret Thatcher said: “No other nation has been created so swiftly and successfully. No other nation has been built upon an idea – the idea of liberty.” Many of the best ideas in our politics were imported from the US, not least that entrepreneurship was and is something to be championed.

Today, at the Guildhall in central London, the Centre for Policy Studies – the think tank I run – will be holding its annual Margaret Thatcher Conference, in honour of our co-founder. Each year, we pick a different theme. And this year we have chosen “Britain and America” – because alongside our relationship with the EU, it is still the most important that Britain has.

We’re excited to be joined by an extraordinary range of speakers: the US ambassador, Liam Fox, Anne Applebaum, Judy Shelton (rumoured to be one of Trump’s picks for the Federal Reserve), and many others.

Perhaps the highlight will be an “in conversation” session between George Osborne and Professor Niall Ferguson, who has flown over from California for the occasion.

For both the US and UK, these are turbulent times. But we still believe that Britain and America are better countries when they have confidence in themselves, in their values – and in each other.