The Many Saints of Newark - nostalgia masks so-so crime drama 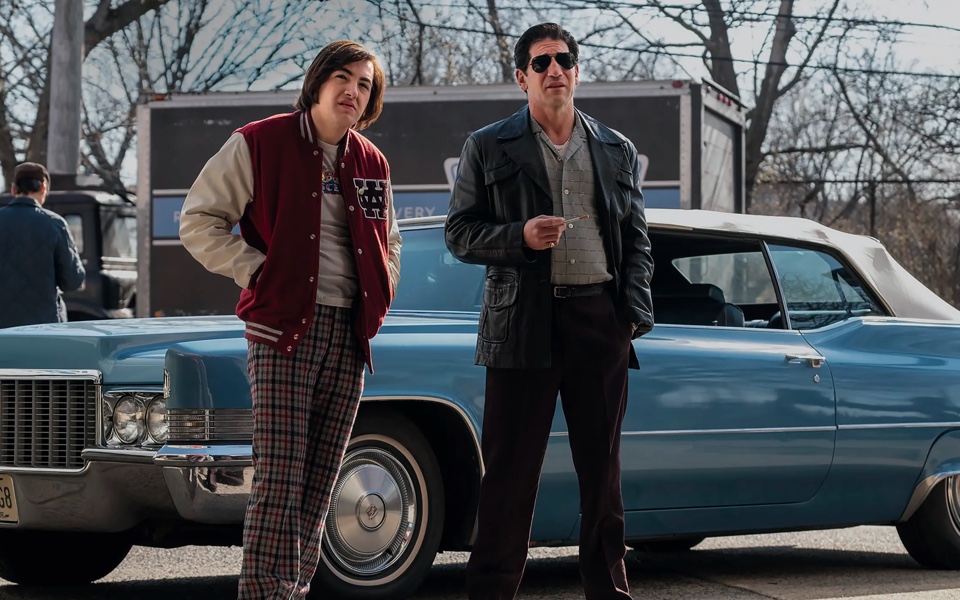 It was 13 years ago that Tony Soprano looked over his shoulder in a diner to the strains of Don’t Stop Believin’ only for the screen to go black. It was a divisive end to one of the finest shows in American TV history – crime drama The Sopranos was the foundation on which much of HBO’s success was built, and a series that continues to inspire the megabudget streaming franchises of today.

Indeed, with so many shows returning to our screens, it’s likely David Chase’s masterpiece may have come back for another series, were it not for one vital absence. Star James Gandolfini passed away in 2013, making any follow up impossible. There’s simply no Sopranos without Tony.

So, if Hollywood can’t move forward, it looks back. In place of another season or movie sequel, HBO moved ahead with the prequel The Many Saints of Newark. Set in the 60s and 70s, it’s the story of Dickie Moltisanti (Alessandro Nivola), father to series favourite Christopher (Michael Imperioli, who gives bookended narrations). Following the death of his father (Ray Liotta), he takes over his Family’s business concerns amid growing competition from old ally Harold McBrayer (Leslie Odom Jr).

Directed by show regular Alan Taylor, The Many Saints of Newark’s look and tone is in keeping with the show. His New Jersey of the late 60s looks like a painting, whether wandering through the neighbourhood alongside the wiseguys or watching stores burn during Civil Rights riots. We return to the dark back rooms and bars where mistresses are wined and dined. As a mood piece, it hits the mark, and familiar characters from the show are brought back to life by impressive new cast members.

The story is where it begins to sag. It’s engaging, yes, but like many prequels it struggles for relevance. Just as we didn’t need to know how The Wizard came to Oz, or what the Wizarding World was like before Harry Potter, Many Saints ginds itself grasping for new things for established characters to do.

Perhaps most conspicuous is the young Tony Soprano, played exquisitely by James Gandolfini’s son, Michael. Looking exactly like his father, the 22 year old does a great job of putting Tony’s mannerisms in a teenage context. However, the script leaves him wandering, looking for purpose. The trailer leads you to believe we will see the creation of the gangster, but for the most part all we get is an errant teen who idolises his uncle and gets in the odd scrape. The resemblance may be enough for some, but if the character’s name wasn’t Tony Soprano, his presence in the film would hardly register.

He has the makings of an interesting sub-plot in the scenes where he tries to help his tyrannical mother Livia (an excellent Vera Farmiga), but it peters out for the simple reason that we know where all of this is going. It’s hard to sell the first few chapters when we’ve read the rest of the book, and the film’s eerie graveyard beginning reminds you there is a fixed destination.

Nostalgia aside, it is a serviceable rise and fall gangster movie, sitting above average among the countless films of its ilk. Nivola is charismatic, and has great scene partners in Liotta, as well as Michela De Rossi, playing his Italian mistress Guiseppina. Odon leads a wandering subplot set to the backdrop of the Civil Rights movement, but often feels like he’s there just to fight with Dickie.

The Many Saints of Newark is by no means a bad film, it’s just an unnecessary addition to the legacy, relying on nostalgia to plug the gaps. Fans will enjoy a companion piece that captures the mood of the series, but I left the film with little more than a desire to rewatch the TV show.

The Many Saints of Newark is in cinemas now.