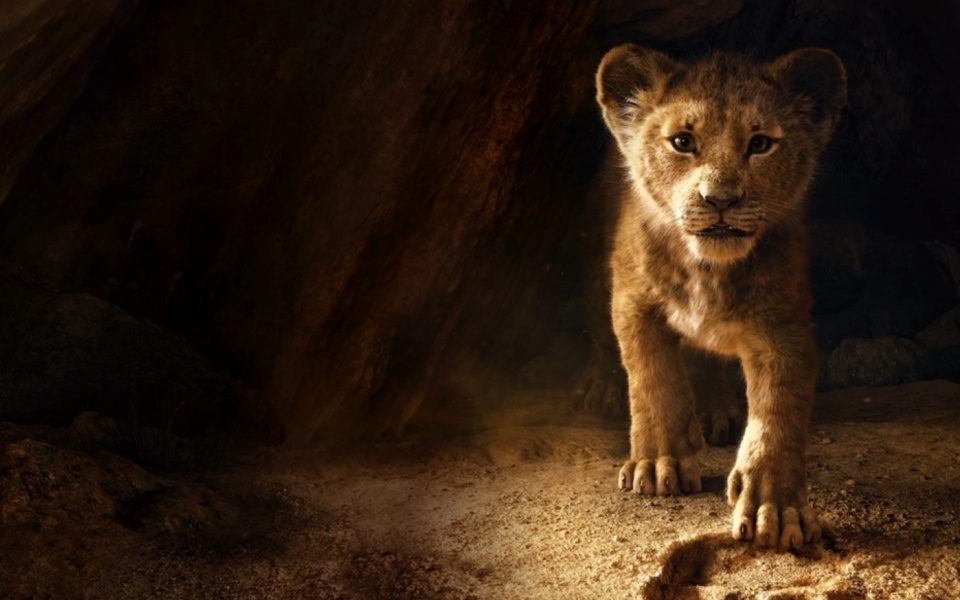 All together now: “Naaaaaaaaants Ingonyamaaaa…”. There are few opening lines that inspire a sense of nostalgia quite like the opening to The Lion King, a fact Disney is betting an awful lot of money on in its latest remake of one of its old classics. With its predecessors being artistically suspect but financially successful, can Jon Favreau (who made the best of the bunch with 2016’s The Jungle Book) improve on perfection?

The story, as you already know, focuses on Simba (voiced by JD McCrary), a lion cub who’s heir to the throne of the Pride Lands. When he is framed for the death of his beloved father Mufasa (James Earl Brooks) by his jealous uncle Scar (Chiwetel Ejiofor), Simba goes into hiding. However, with the Pride Lands in turmoil, an older Simba (Donald Glover) must find the courage to return and claim his throne.

When is an animated movie not an animated movie? When the computer animation is so real you think you’re watching a documentary. Visually, Favreau has achieved something truly special, with every animal looking photo-realistic and the environments feeling completely natural. This format allows Favreau to show what an incredible visual filmmaker he is, with the famous opening scene breathtakingly recreated in live action (or very good CGI… at this point the lines are blurred). Small flourishes, such as a sequence following a small bit of fur on the wind, can also draw an audible gasp.

Unfortunately, its greatest achievement is also its greatest set back. The characters look like real lions, and the trouble with that is that lions can’t emote. This affects almost every scene where you’re required to feel something, with the stony faced big cats moving their mouths but showing nothing in their eyes. It also becomes difficult to see who’s talking, particularly when there’s a crowd of lions on screen (not great for a movie called The Lion King). Numbers such as Can You Feel The Love Tonight become a bit detached, and crucially the tear-jerking stampede scene is nowhere near as devastating as it should be.

There’s also the matter of comparison. Disney reached its zenith with the original The Lion King, a classic inspired by Hamlet that became their last truly great hand drawn epic. Making over $900m at the box office, and over $500m in VHS sales, it was a global phenomenon by any standard. It puts Favreau in an impossible position – deviate from the plot, as he did successfully with The Jungle Book, and you lose the nostalgia factor. Stick closely to the narrative, as he does here, and it becomes painfully clear he’s making an inferior film.

While it isn’t a classic, there are moments that are a whole lot of fun. Seth Rogen and Billy Eichner are perfectly cast as Pumbaa and Timon, with Rogen’s easy going tones perfectly complimenting Eichner’s mile-a-minute delivery. The pair are perhaps the only casting (besides the returning James Earl Jones) that live up to their predecessors, although in fairness they have a lot more to work with. John Oliver is impressive as royal advisor Zazu, more or less playing his TV persona in bird-form.

Ejiofor’s Scar is a departure from Jeremy Irons’ pantomime villain, with the Oscar nominee’s frosty, downbeat delivery well suited to his character’s permanent scowl. Bringing his own interpretation is a gamble that pays off, particularly towards the end. Beyonce Knowles made a lot of headlines after her casting as the adult Nala, Simba’s betrothed. However, like Glover she arrives quite late into the film and their roles don’t seem as substantial as their younger counterparts.

A great cast and spectacular effects will ensure that The Lion King is a crowd pleaser, no doubt bringing in the gargantuan box office Disney are hoping for. Like every other Disney remake, however, there’s a disposable feeling to this incarnation. It’s content to be a solid cover version of a classic, destined to live in the shadow of its predecessor.