The female founders bringing boxed wine into the 21st century 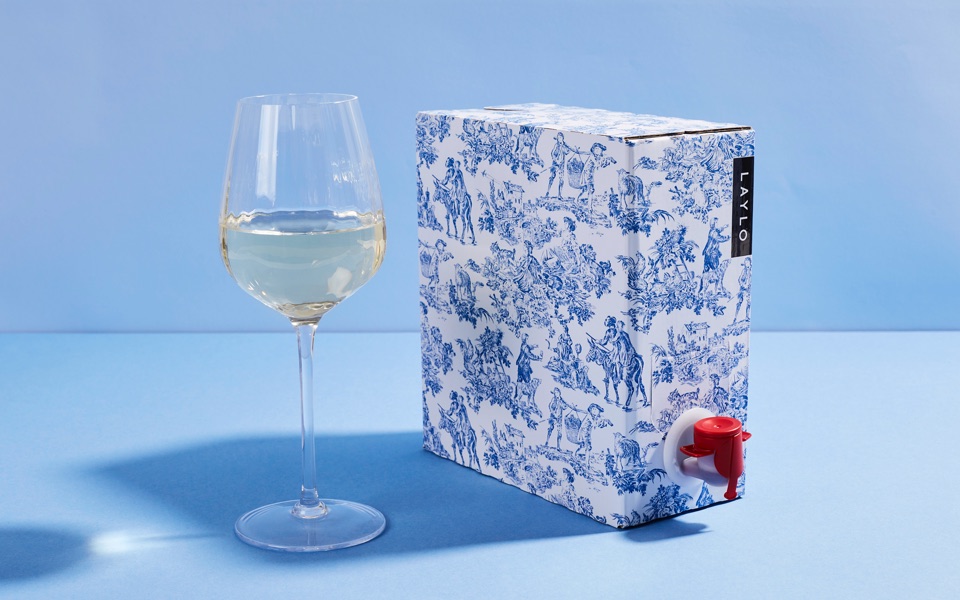 As recently as a year or two ago, if you asked for an example of an oxymoron, “luxury boxed wine” would have been a pretty solid answer. But changes in attitudes towards packaging and a shift in drinking habits have led to the rise of a new generation of boxed booze.

Read more: Outdoor drinking is back: Here’s our guide on how to do it in style

Laylo is one of the more recent entrants to this growing market, creating a product you could turn up with to a dinner party and proudly place in the centre of the dining table, safe in the knowledge nobody will assume you’re a cheapskate or a philistine.

These days, a winebox can be an ice-breaker, even an index of sophistication, something that can carry more cachet than a regular BYOB.

Laylo’s new 2.25L (3 bottle) boxes of Lot 2: Sauvignon Blanc comes in a French ‘Toile de Jouy’ design said to represent everything its makers are looking forward to in 2021, namely music, laughter and socialising. The premium Loire Sauvignon Blanc, which stays fresh for up to six weeks, is available to pre-order for £34.99 for delivery in mid-April.

Pre-orders include free delivery and an exclusive online tasting with the winemaker, Pierre-Jean. The wine will be available on general release from mid April, including free next day delivery.

Laylo co-founders Laura Riches and Laura Rosenberger are no strangers to the wine box world: their Lot 1 Tempranillo sold out last November.

Riches, who was born in Reading and now lives in Hammersmith, says: “Wine may be subjective, but the Sauvignon is like popping on Whitney at a house party – uncompromised joy. From the sunshine-in-a-glass wine to the images of human interaction on the box pattern, this product has been created to bring people together.

“For most people boxed wine is a relic of the 80s. They assume boxed wine equals cheap plonk and it conjures up memories of drinking from plastic cups at student house parties. We’re challenging the stereotype by putting delicious, premium wines into boxes that customers feel proud to have on their countertop.”

Riches studied at Cambridge where she was a choral scholar. Co-founder and Oxford Physics graduate Rosenberger says: “We unapologetically love boxed wines, from the lifestyle benefits and eco-credentials, to the way we can use the packaging to tell the story of the wine inside. A wine box needn’t compromise on quality.”

Rosenberger joined UBS Investment Bank after graduating. As an analyst covering the leisure and hospitality sector, she researched the impact that an emerging US travel start-up called Airbnb, was having on traditional listed hotel groups, despite owning no rooms. The start-up seed was sown, and Rosenberger left to join onefinestay, a high-end homestay startup, as a financial analyst.

Riches is the former Marketing Director at Naked Wines and CMO at 31Dover, an online retailer of fine wine and spirits. She started her career in Management Consultancy at Javelin Group, now part of Accenture Strategy, before building the Professional Services team at VC-backed tech startup Qubit.

“We had been working independently on plans to ‘make boxed wine sexy’, having bought into the environmental and lifestyle benefits of the format,” says Riches. “It. It was only through a chance WhatsApp conversation we discovered that we had both identified the same opportunity. It was a no-brainer to join forces.”

Working with Australian Master of Wine Clem Yates to source the best quality wines, the pair hope to launch a Sicilian Red and Provence Rose by summer. “It’s important that we’re not just creating beautiful boxes, but that we’re filling them with the best possible wines. A friend in the industry recommended we work with Clem because of her huge network of winemakers and her technical expertise, which is invaluable for alternative packaging formats. She’s already helped us find an incredible Provence rose.

Read more: Toast This Morning with a glass of Phillip Schofield’s own wine

“It’s a quintessentially French design characterised by a white background and repeated pattern with pastoral scenes. It’s as French as baguettes and Breton stripes. The box tells the story of its contents and aimed at the ‘rule of six’ picnics.  A jumbo jet is a nod to the fact that winemaker Pierre-Jean loves to travel. A boomerang refers to the time Pierre-Jean spent at harvests in California and Australia.”

Rosenberger says there are also lifestyle benefits to boxed wine. “We created Laylo because we loved the idea of being​ able to sink into the sofa after a busy day and enjoy ‘just one glass’ of delicious wine, without having to open a bottle. That’s never been more relevant than now, with so many of us resolved to drink a little less, while locked down in our homes.

“We wanted a name that would sit comfortably alongside the brands our customers are buying from elsewhere: Spoke, Paynter, Hiut. After trying on hundreds of words for size, Laylo just felt right.

“We both gave up our safe and steady jobs to de-stigmatise wine boxes. Wine boxes had quality issues. Boxed wine has an image problem. The idea was to make boxed wine cool again. The plan was to source premium wines from independent winemakers, and wrap them up in boxes you could proudly display.

“We’re conscious we’re not only seeking to replace glass bottles on tables but, as female founders, we’re seeking to break glass ceilings too.”