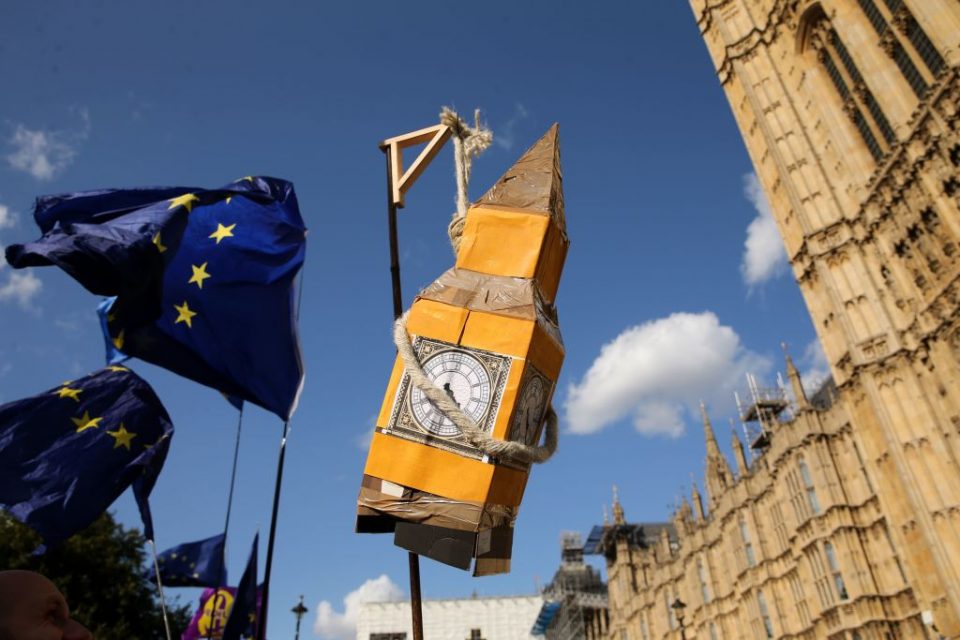 Confirmation bias: the tendency to interpret new evidence as confirmation of one’s existing beliefs or theories.

We’re probably all guilty of it in our private thoughts, but the sin is magnified when it results in an “exclusive” piece of journalism making outrageous claims about corruption and market manipulation at the very top of government.

But that’s exactly what emerged from the team at Byline – a niche online news website feeding the imaginations of people who think Brexit is the biggest political conspiracy since Watergate. The website screamed “EXCLUSIVE” and promised to reveal the “Brexit disaster capitalism” conspiracy unfolding before our eyes.

The allegation is explosive: “£8.3bn of aggregate short positions has been taken out by hedge funds connected to the PM and his Vote Leave campaign.” The article claims that the pro-Brexit donors are positioning their funds to benefit from a general market collapse, to be triggered by the PM’s Brexit policy, when in fact short positions are taken against specific listed stocks (such as Metro Bank or Kier Group) and are often hedged (the clue is in the name) with long positions.

The authors go on to ask: “Does this £8bn bet explain why the Prime Minister has said that he would rather ‘die in a ditch’ before asking the EU for an extension? Is it the reason why Johnson is willing to defy the Benn Act that stops a ‘no deal’ Brexit? Is the £8bn any kind of motivation to prorogue parliament?”

The answer to all of the above is: No. Plenty of people who actually understand hedge funds pointed out a range of errors in Byline’s workings, and we’re promised a new piece where “these questions will be answered”.

In the meantime, Gary Lineker, anti-Brexit activists and a host of Labour MPs have been busy pumping out the original story to an online audience. These are the same people, by the way, who bang on about the perils of fake news.

We’ve heard a lot about the rule of law and the importance of democracy this week. Valuable pillars, both of them. But does the Labour party’s commitment to such principles survive contact with some of their older ideals?

The Adam Smith Institute was due to host Cuban journalist Boris Gonzalez Arenas in Westminster, but Havana’s communist authorities slapped a last-minute travel ban on him, preventing him from leaving the country.

Arenas was also going to talk to MPs and Foreign Office officials about the difficulty of being an independent journalist in Cuba – and though he can no longer keep his engagement, his point has been made for him by the Cuban government.

Will the Labour front bench champion this persecuted journalist? Don’t hold your breath. Jeremy Corbyn is a longstanding ally of the sinister Cuba Solidarity Campaign, as is that intellectual powerhouse Richard Burgon, currently (somehow) shadow secretary of state for justice.

It’s time to get on with it

Every single City figure I speak to about Brexit has just one wish: get it done. This isn’t a perspective confined to the Square Mile, either.

A former Credit Suisse banker who now chairs a company in the north east told me that he asked directors at a recent board meeting how many of them backed Remain. All hands went up. And how many now want to leave, he asked? All hands remained in the air.

We should be thankful, though not in the least bit surprised, that the state of chaos in Westminster is not reflected in the wider business community – and especially in the City.

As Citibank’s new Europe chief made clear last week: “We are already operating on a post-Brexit basis.” He added: “London is and remains our regional hub.”

In the same spirit, Japan’s ambassador to the UK told a City gathering this week that investment in Britain is set to soar. I’m told he was so bullish that “Vince Cable nearly fell off his chair”.

The truth is that the City is ready, willing and eager to get on with life. If only MPs sang the same tune.