The best smart home devices of 2020: Here's how to transform your house with the very best in connected tech 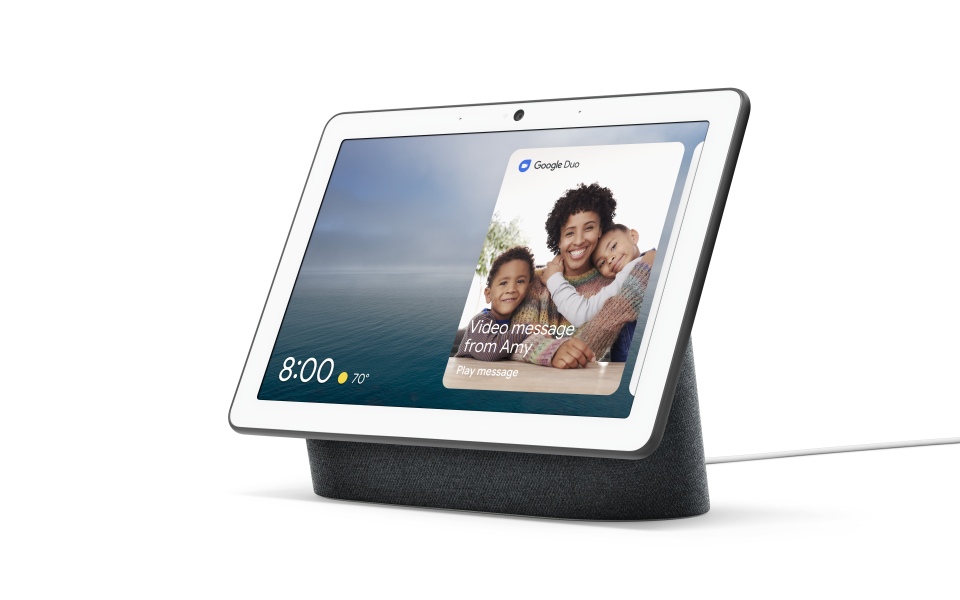 No longer the preserve of gadget geeks, the tech-powered home of the future is finally going mainstream. If you’re ready to get on board, here’s our pick of the best devices in every class to upgrade your dumb house to a smart home.

Once your house is heaving with hundreds of gadgets, whirring and spinning about the place like some Wallace & Gromit nightmare, the Google Nest Hub Max is designed to make sense of everything. It ties disparate smart home devices together under one control panel, allowing you to switch off lights and turn up heating and peer out at the cold, tech-barren streets you’ve slowly come to fear. It’s a smart speaker, with a display that makes video calls, shows you upcoming calendar appointments, meetings and flights, as well as any delays on your commute. When not in use it becomes a picture frame, using light sensors to create a believable paper-like effect. £219, store.google.com

The Nest Hello replaces your existing wired doorbell and sends live video and audio from your doorstep to your phone or tablet, whether you’re in the bathroom or away in another country. Advanced skulking detection lets you know if a ne’er-do-well is mooching about, while a speaker lets you answer and speak to any visitors. Pair it with the smart lock below and you could even let them in, if you like the cut of their jib. £229, store.google.com

The August Smart Lock attaches to the deadbolt inside your door, meaning it’s more secure than exterior devices and that your keys will still work as normal. It detects when you’re approaching by sensing your phone’s Bluetooth signal and automatically unlocks. You can send virtual keys to guests and visitors too – useful for Airbnb hosts and keeping cats fed while you’re travelling. £229, august.com

The Arlo Pro 3 is a weatherproof outdoor security camera designed for both home and business use. As well as beaming a live feed to your phone anywhere in the world, the camera features a wide field of view, night time colour vision, a light that can be triggered on command, and is compatible with Alexa, Apple and Google Assistant. It runs on a charge, so doesn’t need wiring. £549 (for two), amazon.co.uk

Also Read:
The best smart home devices of 2020: Here’s how to transform your house with the very best in connected tech

This router creates a strong and stable wifi signal around your home, using a central mothership hub and two or three supplementary points placed strategically in rooms. Science makes the whole thing behave like a single wifi network. You can easily give priority to a device, or restrict access to the internet after a certain time, if you’ve got kids or an internet addiction. £129, store.google.com

If you’ve got a step-free flat, get a Neato Botvac. It scoots around vacuuming up dirt and pet hairs, intelligently avoiding obstacles and using its laser mapping gear to ensure it cleans every last inch of floor. It’s agile enough to clamber up on to rugs, small enough to slip under beds and couches, and automatically returns to its base when it needs to charge. £799, neatorobotics.com

Also Read:
The best smart home devices of 2020: Here’s how to transform your house with the very best in connected tech

The Thermostat E is less sophisticated than the more full-featured Nest Learning Thermostat, but it’s better suited to our British homes, the heating needs of which are rarely more complicated than “it’s cold, make it warm”. Over time it learns when you come and go, and preheats your house in advance of your arrival. £169, store.google.com

With the Amazon Echo Studio, the tech and retail giant proved that smart speakers needn’t compromise on audio quality. This beefy lad comes with all the functionality of an Alexa-powered device, but packs enough audio fidelity to take centre stage at parties. Fire it up for the first time, and Alexa uses echolocation to determine the speaker’s position, and adjusts the EQ of your music to suit. £190, amazon.co.uk

The class-leader in smart lighting, Philips Hue bulbs now come in every conceivable shape and size, from screw and bayonet fittings to GU10 spotlights, edison bulbs and candlelight fittings for small lamps. New to the range are a series of outdoor garden lights, which can be controlled either by your phone, a timer, motion sensors, the weather, the stock market, whether Donald Trump has just tweeted, or almost anything else you can think of. From £15 each, meethue.com

Making sure your house isn’t presently on fire doesn’t sound like the kind of job you’d entrust to an internet-enabled device, but Nest Protect is a powerful and cleverly designed upgrade to the standard issue detector. It self-tests, gives verbal warnings before fully going off – useful for fans of well-done toast – can sniff out carbon monoxide and connects to your phone for peace of mind when you’re away. £109, store.google.com