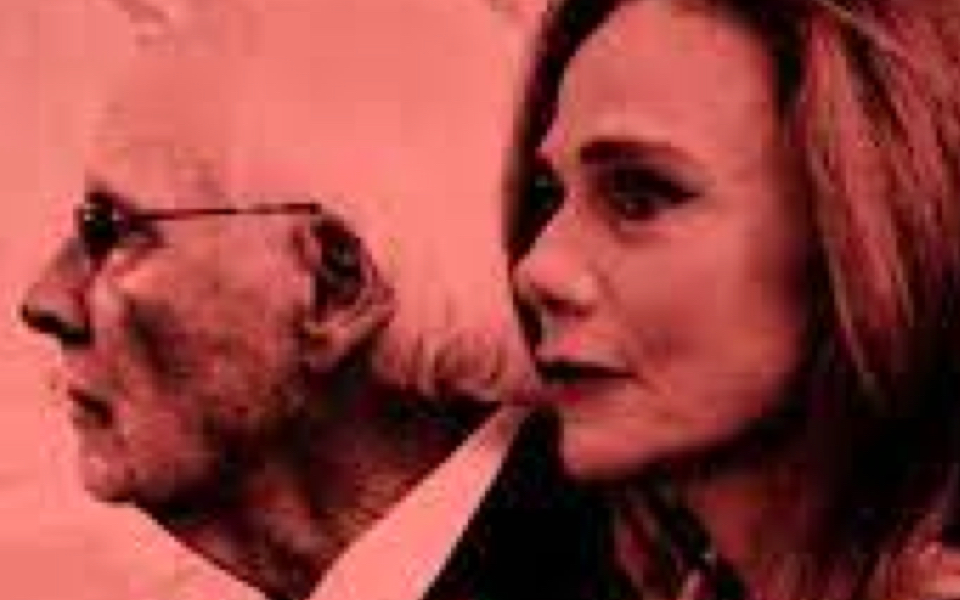 Acting legends Leno Olin and Bruce Dern star in a film about the pressures of supporting greatness. Olin plays Claire Smythson, the wife of celebrated painter Richard (Dern). Living comfortably in their old age, Claire keeps their lives running while Richard is allowed to surround himself with painting and teaching. When he begins to show signs of dementia, however, Claire attempts to reconnect with the family he pushed away, and tries to rediscover her own identity.

A good set up and prestige cast should be a strong indicator of success, but from beginning to end Tom Dolby’s film feels a bit lost. Claire spends much of her time cleaning up the mess her husband leaves behind, but there’s little glimpsing inside her own head. A good comparison would be Glenn Close’s The Wife, which wrapped an entire film around her slow building frustration. Here, The Artist’s Wife seems to be as secondary to the plot as she is in her life.

We follow interesting characters day to day, but none of the exchanges seem to build to anything other than an acceptance of what’s to come. There are little moments that lift the spirit, like Olin rediscovering painting to the strains of Regina Spektor’s Us. There’s also insight into gender inequality in their industry, as Richard makes inappropriate comments to his art students, and a fellow artist (Stephanie Powers) muses that “being a woman in the art world is like being a Christian in The Roman Empire”. However, these are all disparate thoughts that rarely seem to come together.

Dern effectively conveys the anger of someone who is losing control of his world. The problem is, he is also hugely unlikable. While it’s true that you don’t have to be nice to deserve sympathy, seeing him belittle students or antagonise his estranged daughter (Juliet Rylance) makes you wonder if forgiveness of any sort is deserved.

Olin is captivating, even in a story as wandering as this. She is a woman who has been used to holding back comments or deferring her own dreams, suddenly becoming the only defender of a man who has burned every bridge. It’s wonderfully subtle, and while it lacks direction it is an illustration of love that is often touching.

Good performances don’t always paper over the cracks, and while the cast do their best to make you care, The Artist’s Wife is too slight to make much of an impact.

The Artist’s Wife is available on demand from 30th April.