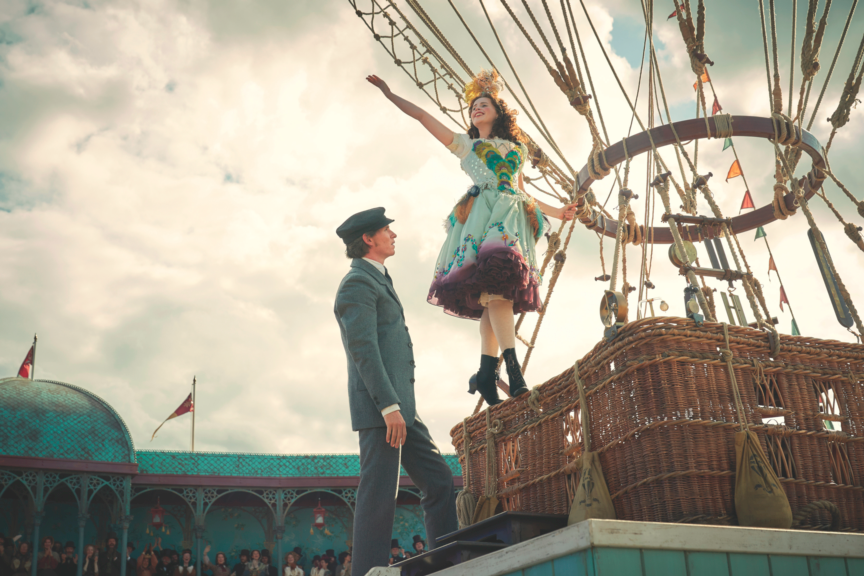 A template is emerging for films starring Eddie Redmayne, and The Aeronauts fits it. It’s a period piece (in this case, the 1860s), everyone is endearingly upper-class, and proceedings are dominated at all times by an overriding sense of whimsy.

It is based on the true Victorian adventure story of scientist James Glaisher (Redmayne) and hot air balloon pilot Amelia Rennes (Felicity Jones) who team up to fly higher than any human has gone before, so Glaisher can prove his theories about predicting the weather, which have been roundly ridiculed by the academic establishment.

Redmayne and Jones also starred together in Stephen Hawking biopic The Theory of Everything, and at times The Aeronauts charts similar territory, with a serious, anorak type meeting an adorably kooky girl and getting a lesson in how to live a little.

Read more: Doctor Sleep film review: Returning to the Overlook Hotel is a joy in this mid-tier horror

The twee-ometer goes into overdrive once or twice, particularly in one bizarre scene with a kaleidoscope of butterflies (yes, that is the collective noun).

But at least the would-be love story that threatens to emerge is thrown out in favour of good old-fashioned Victorian adventuring. The closest we get is the tease of a kiss after the pair get thrown around in their basket when they pass through a storm, and the film is better for it. Jones is the driving force, constantly making us hold our breath with her vertiginous daredevil antics. Piloting a hot air balloon, it turns out, is terrifying.

It was a bit disappointing to find out that her character was actually made up, replacing Glaisher’s real-life flight partner Henry Coxwell – although Jones has said Rennes was an amalgam of several different male and female pilots of the time.

Thankfully, that doesn’t detract too much from this jovial jaunt through the skies in a wicker basket.

Doctor Sleep film review: Returning to the Overlook Hotel is a joy in this mid-tier horror