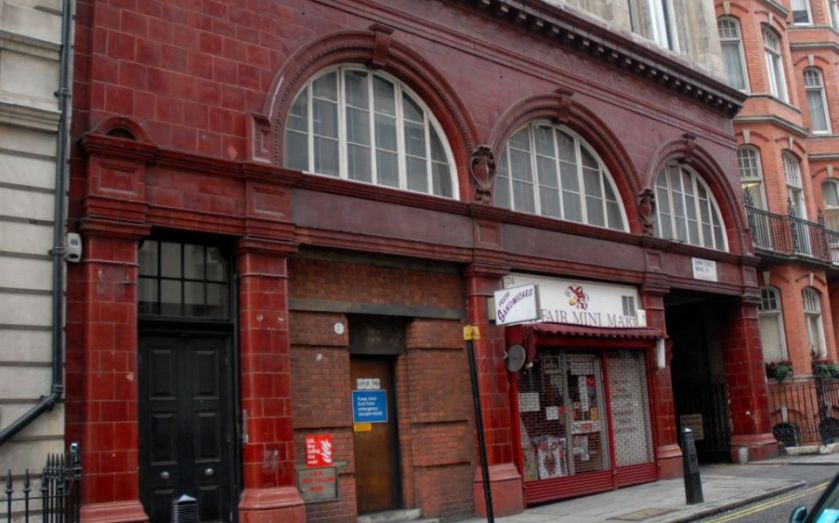 Transport for London is calling on businesses to come up “something exceptional” to take on the lease of its disused Down Street Tube station.
Down Street Tube, on a quiet residential street just off Piccadilly, opened in March 1907 on the Great Northern Piccadilly and Brompton Railway. It closed in May 1932 because of low passenger usage – people were choosing to go to nearby Hyde Park Corner and Green Park – at the time called Dover Street – instead.
But that's not all. It played a vital role during the Second World War, when it was used as the underground headquarters of the Railway Executive Committee. It is also thought to have been used by Sir Winston Churchill and the War Cabinet when the Cabinet War Rooms were being prepared.
But now TfL is hoping to turn it into a commercially viable business. The transport group said it was a “a unique opportunity for established and enterprising businesses to develop the untapped potential of the disused station, which is located in the heart of one of the most exclusive postcodes in London”.
TfL will lease out around 400 square metres of the station, part of which is still in regular use as part of the Tube infrastructure.
This is just one of hundreds of properties that TfL is hoping to sell as part of its ambitious plans to raise £3.4bn from its extensive property empire.
TfL has already invited property developers to tender bids for more than 50 sites across London, including listed building suitable for residential conversion, major regeneration schemes in urban areas and brownfield sites.
Graeme Craig, TfL’s director of commercial development, said: “The combination of space, history, and location, makes this a unique opportunity. We are looking for a partner with the imagination to see the potential here and the capability to deliver it.”
“Adjoining parts of the station are still required for running the Tube, but we will work with interested parties to ensure the commercial and operational activities can happily coexist.”
The station played a vital role in the Second World War when it was used as the protected underground headquarters for the Railway Executive Committee.  It is also believed that the station was used by Sir Winston Churchill and the War Cabinet while the Cabinet War Rooms were being prepared.
Potential tenants can find out more about the station here.