Tesco's share price fell 0.5 per cent this morning as it emerged a group of investors were preparing a legal challenge for compensation over its profits mis-statement.

The shareholders have hired a litigation specialist to seek compensation following a fall in the company's share price after management revealed a £250m black hole in its profits, a figure that was subsequently revised to £263m. Following the mis-statement, the retailer's share price collapsed to 14-year low of 164.8p.

The not-for-profit group, Tesco Shareholder Claims Limited, said it had the full support of US litigation firm Scott + Scott LLP. The firm is the same one that took legal action against Tesco in the US.

International institutions asked us to find a way to bring a claim in the UK which they can join.  I am delighted to be part of this action which, given the strength of the case, is already attracting a lot of interest from shareholders in the UK and Europe.

John Bradley, chairman of the group, said: "Tesco is one of the widest held stocks in the UK and this loss has hit pension funds and investors across the UK and beyond. We look forward to bringing this claim to court."

Tesco refused to comment on the developments. It could take several months for the case to be assembled. The news prompted the share price to fall 1.2 per cent in early trading, though it has since recovered some of that ground. 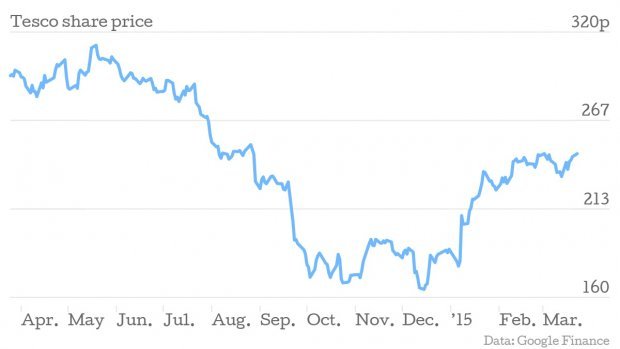 The supermarket is taking already taking major steps to reform the way it does business with a cut capital expenditure to £1bn in 2015/16 and is selling home entertainment service Blinkbox to TalkTalk for £5m.

A further £250m of savings are planned every year thanks to a one-off restructuring of central overheads, simplification of store management structures and increased working-hour flexibility.

To keep up with fierce competition, Tesco has cuts to some if its most popular products including Hovis, Coca-Cola and Marmite.