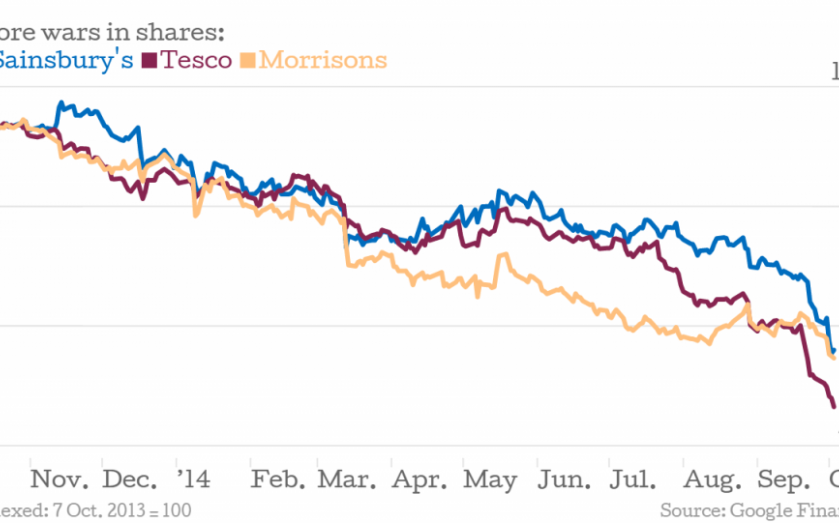 This may sound like dry advertising rivalry, but the gauntlet has been well and truly thrown down.

The advert lists the steps required for a shopper to get a price match deal from Morrisons, which has promised to match the price of Aldi and Lidl.

Items on the list include a raft of details customers must enter to get a card, and "try and find beans that are part of the deal" the "wonder if that includes beans with sausages?"

The coup is just part of the growing battle between the supermarkets as several main players struggle.

Tesco is under investigation for overstating profits by almost £250m, while Sainsbury's sales are down. Aldi and Lidl, however, are doing rather better.