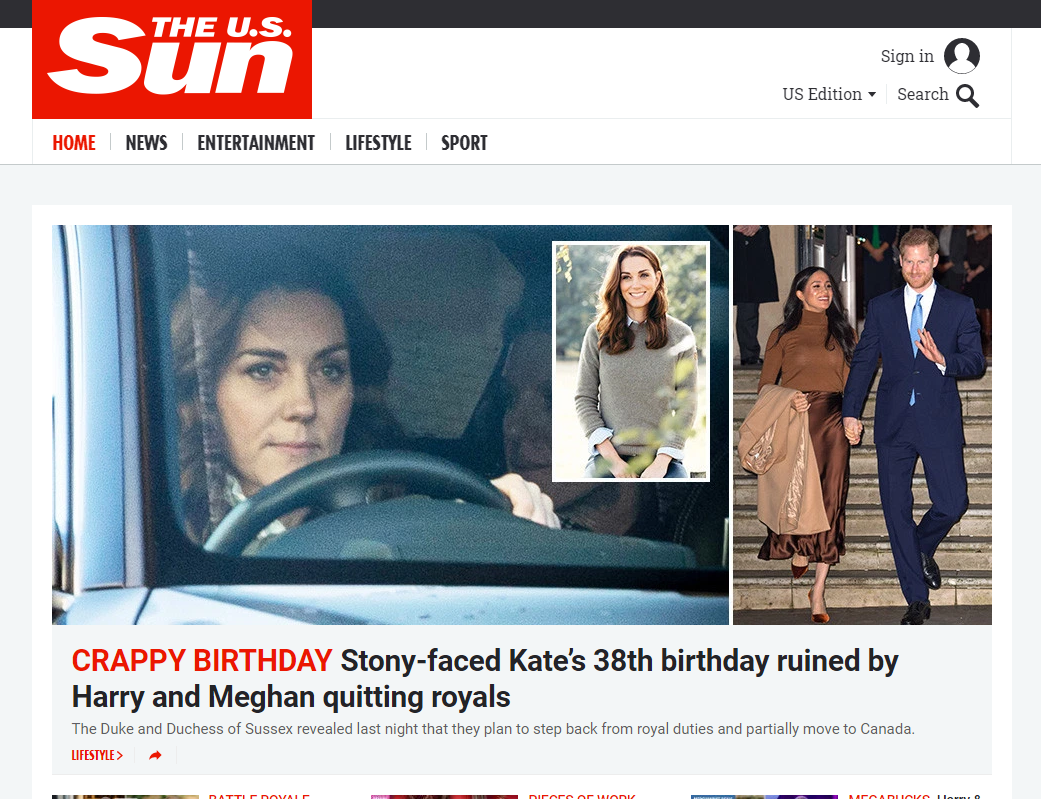 The Sun has quietly launched a US version of its website as the British tabloid looks to emulate its online success across the pond.

The paper, which is part of Rupert Murdoch’s News UK empire, announced in a tweet yesterday that Sun US is now live, though the rollout was accompanied by limited fanfare.

Read more: Murdoch gets the green light for merger of the Times and the Sunday Times

The new site is being run by a team of journalists in New York, who will produce some unique reporting aimed at the US market.

However, much of the site’s content will be focused on existing entertainment and royal coverage that is already popular in the US.

It is understood that the Sun has developed an online audience of over 16m unique users per month in the US, but the launch of the new site will help to better tailor the brand to the market and cash in on its hits.

In 2018 the Sun became the UK’s most-read online news site after overtaking fierce rival Mail Online. The paper now reaches just under 34m monthly users across both print and digital, and has emerged as the top mobile news provider with a 5.2m daily audience.

However, the titles have been fighting a wider downturn in the newspaper market, and the latest accounts for its parent company News Group Newspapers showed the firm swung to a pre-tax loss of £91.2m in 2018.

Despite this, total ad revenue increased for the first time over the period as the Sun’s owners shift their attention to online advertising revenue in the face of declining print circulation.

Both the Sun and Mail Online appear to have hit peak audience in the UK, with relatively flat audience growth according to the latest Pamco figures. The launch of Sun US marks a doubling down of the publisher’s efforts to break into a lucrative market.