Suits you, sir: can bespoke tailoring survive the pandemic? 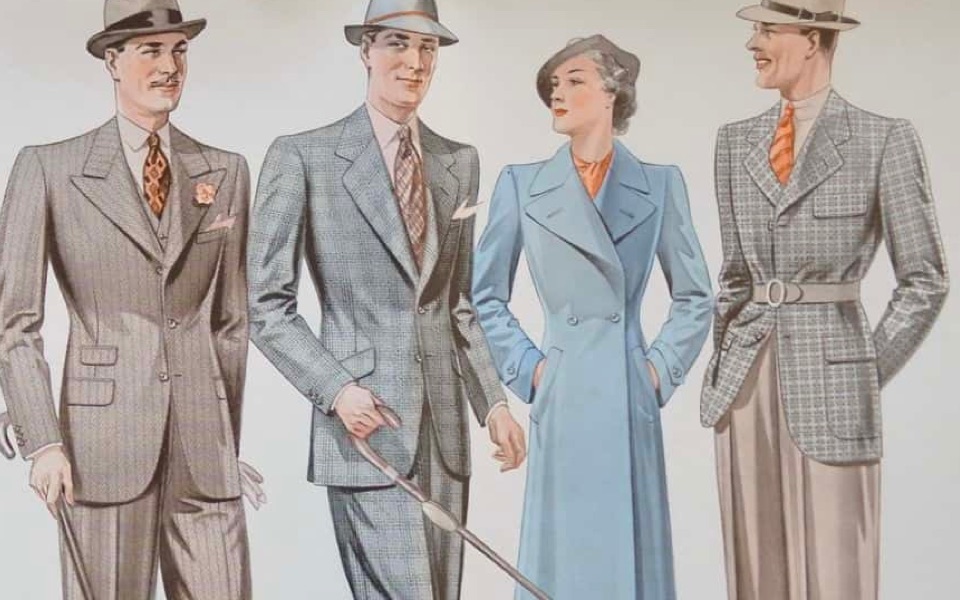 One of the dominant themes to emerge as we fight our way out of the Covid pandemic is what the future of the workplace might look like. Will employees still feel safe congregating together to share that quicksilver creative spark? Will businesses reduce their footprint and have teams at home two or three days a week, perhaps only travelling to a central hub for meetings? Most importantly, what on earth will people wear – and will any of it be bespoke?

I accept that I was on the back foot long before coronavirus. Those who wear a suit and tie every working day of the week are unusual now, often in the more staid professions: banking, law, accountancy, insurance. Even civil servants will go open-collared now, where once it would have raised eyebrows not to have it stiffly starched, while the suit-and-tie uniform was ditched by the creative industries years ago.

The suit has a lingering afterlife, worn without a tie for an effect that’s smart but not over-formal. This can work, if the suit is expensive and flattering, and the colours are chosen well. Too often, however, you can look like a salaryman who is shaking off his shackles by removing his tie, rolling it up carefully and tucking it into a coat pocket to show those three pints of Peroni who’s boss. Unless you are very slim, a waistcoat is a sensible addition, though one does reach the conclusion that one’s fashion icons are Declan Donnelly and Anthony McPartlin.

I have never held with this slide towards the informal. When I worked in parliament, a suit was the bare minimum at least four days a week: occasionally, as required, I would put on morning dress or the full court attire of one of the serjeants at arms. I was rarely underdressed. It may be for this reason that a rotund policeman once stopped me behind the speaker’s chair and said “I hope you don’t mind me saying so, sir, but we think of you very much as the Oscar Wilde of parliament”.

Having left parliament and joined the private sector, I worked in an office with colleagues who were almost all twenty-something women, and I had no guidance on what to wear. I made a few messy compromises—I was new to the industry, after all—but concluded that I was at my most comfortable in a suit and tie, so wore exactly that. People looked nonplussed at first (why so formal?) but the novelty wears off.

The pandemic and working from home have, of course, torn a savage course through professional dressing. So many people now just exist in some form of comfortable and warm flesh coverings and if they make an aesthetic effort at all it is restricted to the portion of their outfit which can be seen by others on a Zoom call. Some still hold out: Baroness Morrissey has detailed her lockdown wardrobe on Instagram, experimenting with new styles but maintaining elegance; German menswear writer Bernhard Roetzel has kept the flag flying for neat and tidy; and Savile Row’s Alexandra Wood has been tirelessly encouraging in steering her male customers to new but equally smart expressions of dress.

All of this has been ad hoc decision-making, though. We have lurched from one day to the next, seeking no longer perspective, and adaptation has been the watchword. As we now emerge from lockdown for what we are assured is the final time, the workers of the world have breathing space to think about how they show themselves to society.

High-end gentlemen’s tailoring clearly faces some serious challenges. With the heavyweights like Henry Poole, Gieves and Hawkes and Huntsman having to keep their doors closed for so long, trade has dwindled, and selling a very high-end, bespoke product for a high price in the current economic circumstances is not easy.

My guess is that the first tier, the premier cru of bespoke, will survive. Henry Poole and Co are the acknowledged “founders” of the Savile Row tradition, and they were founded in 1806, so they have stamina; indeed, they remain family-owned. They sell a world-famous product with an armour-plated brand identity, and they charge a lot of money for what they do. Experience tells me that a niche market of the very wealthy will still want the old-fashioned, discreet, almost pastoral relationship that comes with your tailor. They will pay for it.

Should they? Is bespoke tailoring really worth it now that so many off-the-peg suits are very well cut and minor alterations can be made to bring it closer to your shape? Surely hand-stitched cloth in an age of automation and artificial intelligence is hopelessly outdated?

You might think that. Maybe it’s even true in a limited, logical sense. Maybe a computer-guided blade would make a sharper cut than Mr Dennis who’s entering his fourth decade with the tailor’s shears. But you pay for so much more than the garments, the working shroud. You pay for a lifetime’s knowledge, for a gift for knowing how wool lies over bodily imperfections: there are no secrets between a man and his tailor. If there were, the relationship could not work. There must be total honesty.

The result will make you feel like a king. A bespoke suit which is calculated to every last angle and corner of your form will hang so delicately on you that you forget it altogether. Your movements are fluid, loose, spontaneous, and the figure you cut will be the best it can be. And people will notice. Even if you prefer dark, plain suits, the well-tailored will stand out.

Join me. Keep the industry alive, and remember – it’s for your own good.