A stroke of genius: How to get a loan by securing against art 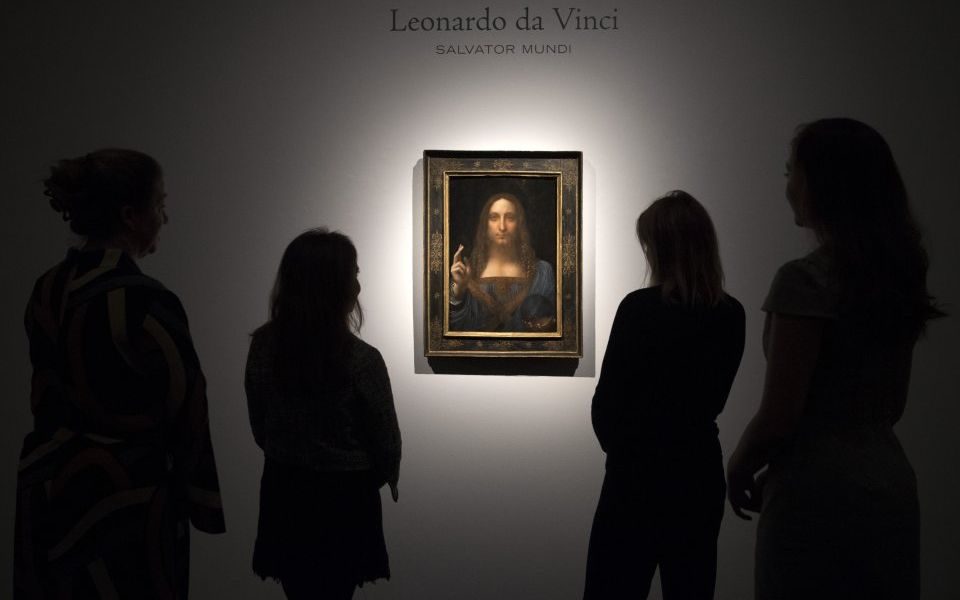 The world was stunned earlier this month when a 500-year-old Leonardo da Vinci painting smashed the world record by fetching $450m at auction.

This figure might sound absurd, but understanding the multitude of factors that determine the value of art will remain a mystery to many of us.

“Art is very personal,” says Freya Stewart, the chief executive of the art-backed lending company, Fine Art Financial Services. “If someone is going to spend that amount of money on an oil painting, they want a trophy piece. And the rarer something is, the more value it has.”

Read more: A Da Vinci painting has smashed records after being sold for $450m

Putting such a high price on a piece of art can seem slightly eccentric. After all, art doesn’t have 10 bedrooms and a swimming pool – it exists simply to be enjoyed. And then there’s the small matter of subjectivity. As the old saying goes, beauty is in the eye of the beholder.

Using art for finance purposes is an even stranger concept to wrap your head around. Yet in many ways, the art market resembles traditional assets like property, in that the value is dependent on the push and pull of supply and demand.

In fact, Stewart’s business, which lends against high-value art, is comparable to the way the mortgage market lets homeowners borrow against property.

The company will assess whether a piece of art or a collection is suitable collateral to lend against, ultimately determining whether it could be sold in the marketplace.

If it’s suitable, the company’s specialist team determines the value of the art, just as a bank does when it is looking to provide a mortgage on a house.

The firm will then lend up to 50 per cent of the value of the art, and charge an interest rate typically in the region of five per cent. The company will put the artwork safely into storage until the loan has been paid off in full.

Stewart says it’s crucial that the entire process is confidential. “Collectors want discretion to protect the value of paintings, because one of the many factors that go into determining the value of art is how fresh it is in the market.”

If a piece of artwork has been running around the market, this is called “burning”, Stewart tells me. Property operates in a similar way, in that a house will lose some of its appeal if it has been on the market for a long time, therefore potentially shedding its value.

But art differs from traditional financial assets, since every piece is unique. With that, comes a unique value.

I ask Stewart why these collectors want to borrow against their prized possessions. She describes two different types of client.

The first is someone who needs fast cash to pay inheritance tax or a medical bill for example. “In the auction business, we call it death, divorce, debt – the three Ds – because a lot of the art market revolves around that.”

The other type is the strategic borrower who wants to release capital to invest in something else, such as property or their own business.

She points out that a lot of successful entrepreneurs will own high-value art and want to use it to release some liquidity.

The art effectively acts as a value store, with the prospect of increasing value.

The lending business collaborates closely with both the advisory and investment divisions within the group, and having a well-known team of art specialists on board arguably gives them the edge. It means that, unlike most lenders, the group doesn’t have to outsource expertise to get a valuation on a piece of art.

“You’ve got academic experts, but you’ve also got experts that trade in the market. It’s not just about determining whether something is genuine or authentic, it’s determining what the market is for it – who are the buyers, what’s the liquidity.”

Stewart says more people are thinking of art like this. “You really can apply the same approach – using the fundamental aspects of traditional finance and applying it to the art market.”

The Fine Art team provides a whole strategy around a collection, giving advice on whether to hold or sell now, which makes sense given the high-value transactions they are working with. After all, you wouldn’t buy a house without taking advice, so why shouldn’t you apply the same logic to the art market?

There certainly seems to be a huge degree of specialist knowledge and expertise required to interpret the art market, and many would argue it’s a close-knit circle.

“We are inside the market doing all these things people from the outside are so curious about,” Stewart says. “Unless you’re actively participating in the market, you don’t know what goes on, and there are very few participants compared to traditional finance.”

While Stewart can’t discuss the works of art the company holds (not even the group’s shareholders know what collateral they have), she tells me that the majority of the works held by her business fit into contemporary and impressionist categories, which are the most highly traded areas of the art market.

But the lender also regularly gets requests for loans secured against work from the old masters market.

“These are often quite challenging collateral because they’re very old – which means it might not be in such good condition, and the history of ownership can be quite complex.”

Authenticity can also be a problem with older artwork. “Over time, the experts in old masters will change, and whether it’s authentic or not will be called into question.”

Stewart spent 10 years as a finance lawyer at Barclays and Linklaters, before working as senior legal counsel at Christie’s auction house, where she advised on every aspect of art lending.

Fine Art Financial Services is a business that connects both the creative and commercial industries, and having a boss at the helm that understands both worlds is imperative.

Art and finance might seem incompatible, and there are plenty of people who are decisively scathing about “muddying the water” by mixing the two.

But the two sectors are certainly capable of working in harmony, provided we open our minds to it.