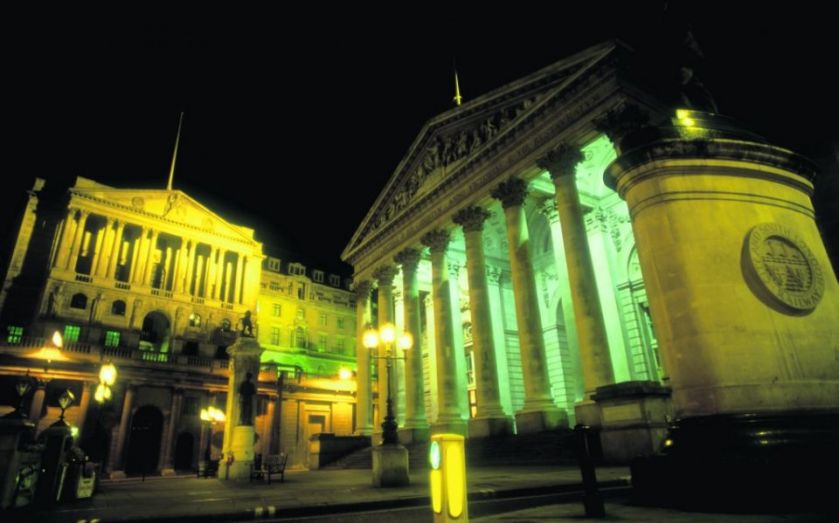 If you happen to stroll down to Threadneedle Street in the early hours of tomorrow morning and find a hive of activity do not be alarmed – it’s just the start of the Bank of England’s inaugural stress tests results.

While most of London slumbers at 5am, prudential regulation authority (PRA) officials will be locked in the bank preparing to unveil inaugural UK bank stress test results to reporters.

The bank is laying on bacon sandwiches, croissants and strong coffee as officials operate a military-style briefing to journalists before unleashing the results on the markets at 7am.

The strict lock-in rules are necessary to comply with UK laws and ensure accurate reporting of results to the market – results that aim to avoid some of the chaos of previous regulatory regimes.

Europe got tough on its banks in Autumn, but previous stress tests missed the mark. Infamously, in 2011, the European Banking Authority gave a range of Greek banks a clean bill of health, only for them to fail when their government defaulted on its debts. This year, the EBA worked hard to assess the quality of banks, flushing out those which had failed to reform, like Espirito Santo.

Britain’s banks are in a happier place – nobody now sees an imminent collapse. But that does not mean they are off the hook in the stress tests. In fact, now they are stronger it means the PRA can be more confident to meddle.

The tests will take place annually, and will focus on the impact of a different type of hypothetical crash each time. This year, it is the housing market – a far more UK-specific threat than the crash simulated by the EBA.

The outcome will vary from outright failure at one end, through to lenders barely noticing the impact at the other, and a few careful tweaks to banks’ plans in the middle. The Co-operative Bank has already more or less admitted defeat. This will surprise nobody – it already has a Bank of England-approved capital plan in place after its crash 18 months ago.

At the top end, Standard Chartered’s businesses has nothing to do with UK housing and so it will escape unscathed. Similarly, HSBC has such a huge and diversified global empire that it should sail on through.

The interesting impact will be on those in the middle. About half of Barclays incomes still come from investment banking, so it has other activities to rely on and should be ok.

Lloyds, RBS and Nationwide have all built up their buffers rapidly in recent years, but also have big mortgage exposures. The three are likely to pass by a modest margin, but could receive a range of nudges from the regulator.

If Nationwide is on the receiving end, it could expect another small issuance of its new capital instruments in a worst case scenario for a building society which focuses on high quality mortgages. The danger for RBS and Lloyds is bigger. Lloyds wants to be fully privatised as soon as possible, and RBS wants to begin the process in the near future. If they are ordered to bolster their buffers further or to run down more portfolios of old loans, the prospect could be pushed back yet again. The Bank has a wider range of options with Lloyds, as it has made the most progress towards privatisation. Delaying the restart of dividend payments would be an embarrassing blow, as would any cut to bonuses.