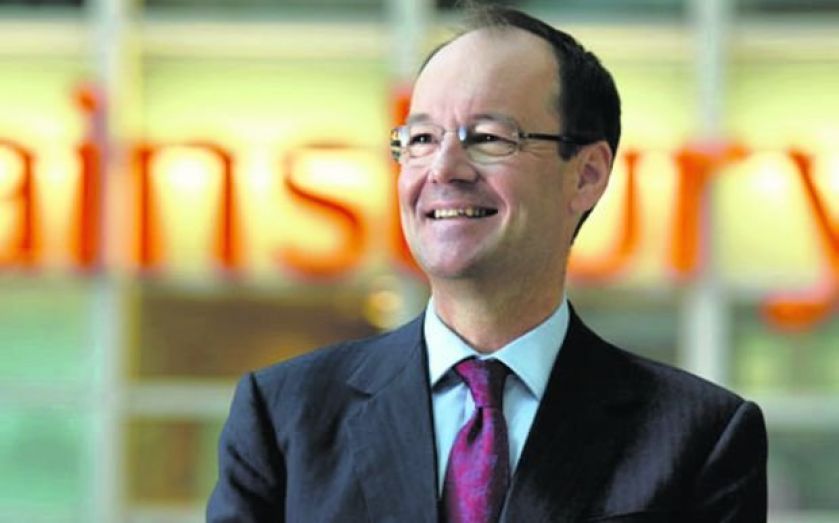 Sainsbury's new chief executive said that a “perfect storm” of effects had plunged sales further into the red in the second quarter as the supermarket retailer cut its full-year sales forecast and warned that it might review its dividend.
In his first official trading update since taking over from Justin King in July, Mike Coupe said market conditions were “the most challenging” he had seen in his 30 year career in retail.
He said three factors had weighed on the retail industry and created the perfect storm – food price deflation, customers shopping around and a “post recessionary” trend of people eating out more often.
“Customers have never been more savvy or never shopped around more than we are seeing at the moment,” Coupe said.
Like-for-like sales, excluding fuel, fell by 2.8 per cent in the 16 weeks to 27 September, beating analyst expectations, but accelerating on the 1.1 per cent decline recorded in the first quarter.
The retailer now expects second half sales to be similar to the 2.1 per cent decline in the first six months after previously predicting a small increase for the year.
Shares slumped 6.4 per cent to a six-year low and knocked shares in Sainsbury’s supermarket peers Tesco and Morrisons.
Sainsbury’s was the darling of the grocery sector until the fourth quarter of last year, when nine consecutive years of sales growth came to a halt. Coupe denied yesterday that King had left the company at its peak.
“The transition that has taken place started a long time ago and I don’t think any anybody this time last year or even six months ago would have predicted some of the things that happened in the market place,” he said.
Coupe is halfway through a strategic review of the business, which includes its dividend, and will update the market at its interims in November.
Coupe has already made some strategic changes since taking over,  including its deal with Netto to take on the discounters and simplifying its Brand Match scheme to focus on prices at Asda rather than Tesco.

WHAT ANALYSTS THINK OF SAINSBURY’S PERFORMANCE …FEW WORDS OF COMFORT

The price war has taken its toll on Sainsbury’s, whose fantastic run of growth over nine years has come to an abrupt end. The pressure is now on Coupe to reassure shareholders that they are not sleepwalking into a Tesco-like crisis.
JULIE PALMER, BEGBIES TRAYNOR
Sainsbury’s sales performance suggests to us that processes that have embroiled Tesco for some time now are starting to impact its smaller rival…[it] reflects an amalgam of factors that are not likely to be quick or easy to fix.
CLIVE BLACK, SHORE CAPITAL
[It] was probably as good as could have been expected – but it was another reminder of the tough conditions prevailing in the industry and the announcement of a strategic review introduces a higher degree of uncertainty.
JAMES ANSTEAD, BARCLAYS
There was continued focus on quality, convenience and Netto and most importantly: there wasn’t the bad news that so many people seem to be expecting: no profit warning, no dividend cut, no rights issue.
BRUNO MONTEYNE, BERNSTEIN