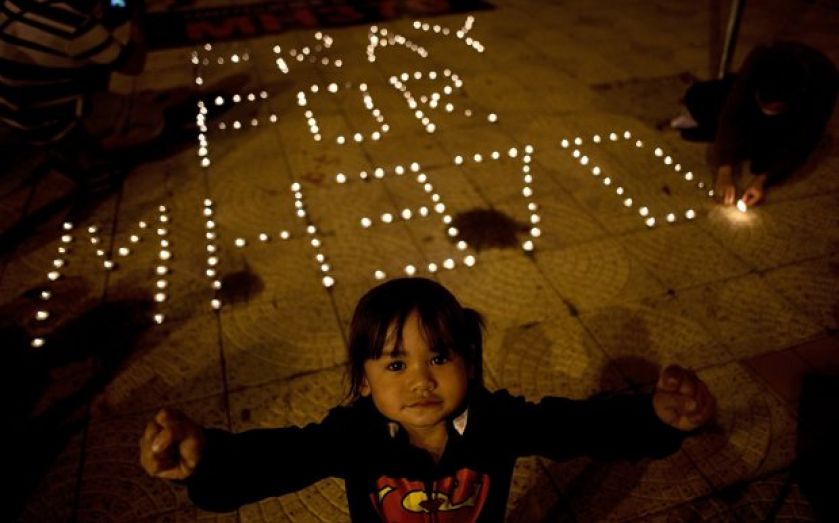 A THIRD day of search efforts for the missing Malaysia Airlines flight failed to locate the plane yesterday, in what the head of the country’s aviation body said was an “unprecedented mystery”.

Despite reports of debris in the Gulf of Thailand, there was no confirmation yesterday of the whereabouts of the Boeing 777. Dozens of ships and planes have scoured the flight path for signs of the aircraft and its 239 passengers.

Sources in the investigation told Reuters there was no evidence yet to suggest an act of terror. Interpol is looking into at least two passengers who travelled on stolen passports.

Flight MH370 disappeared early on Saturday about an hour into its flight from Kuala Lumpur to Beijing.

China urged Malaysia to speed up the search yesterday. “This incident happened more than two days ago, and we hope that the Malaysians can fully understand the urgency of China, especially of the family members, and can step up the speed of the investigation and increase efforts on search and rescue,” foreign ministry spokesman Qin Gang said.

Shares in Malaysia Airlines, which is majority owned by the sovereign wealth fund, fell 18 per cent. Boeing stock closed down 1.3 per cent.