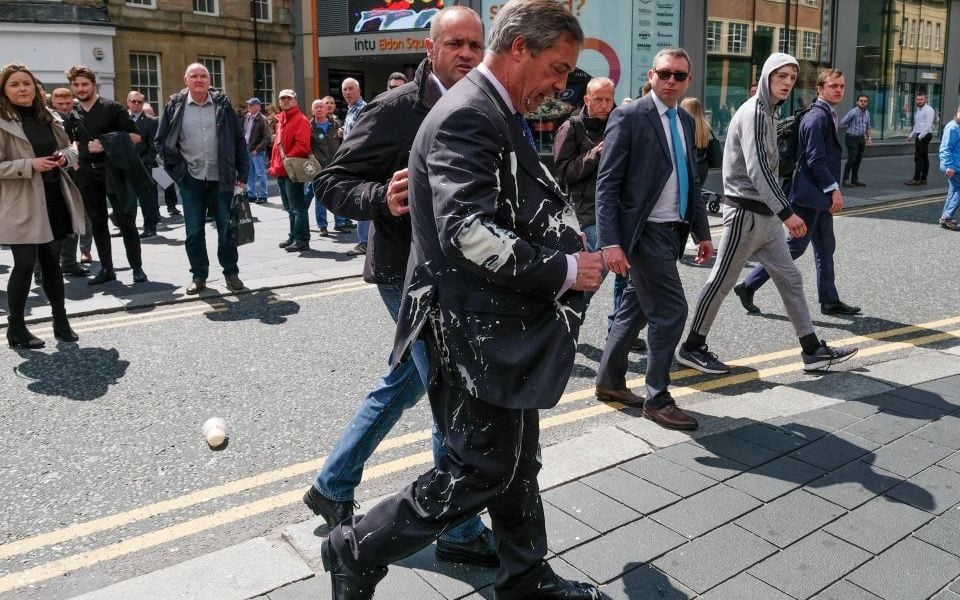 We live in a world which is becoming ever more difficult to satirise. Reality now far outstrips parody for overblown farce and exaggerated absurdity. Back in 2000, The Simpsons featured a flash-forward episode which foresaw a ridiculous future in which property mogul and vapid celebrity Donald Trump had become President of the United States. Switch to 2019, and, well, here we are. So the job of comedians in the modern world is becoming an ever-more difficult and delicate one.

But the British are renowned for their sense of humour. Aren’t we? Think how much stock we place in someone’s ability to “take a joke”. We revere Stephen Fry’s delicate self-mockery and somehow find it difficult to trust the unvarnished braggadocio of someone like Kanye West (or “Ye”, as we are now to call him). We laugh at the ridiculous, the overblown, the self-important; but we also have the ability to smile through adversity, to shrug off disaster with a wry grin and a dust-down of the clothes. Think of Sean Connery straightening his cuffs after a roughhouse brawl in every James Bond film, or adjusting his tie after jumping from a moving train. Essentially, it says, everything will be all right: you can laugh or cry, but the result will be the same, so why not laugh?

This never-take-things-too-seriously approach has clashed badly with the development of the grievance culture, whereby every facet of a person’s identity contains the seeds of some terrible injustice, with no room for jokes. Try writing a gag about #MeToo which doesn’t end your career in a heartbeat, or satirising the expansion of awareness of trans rights. You’ll get your name in the papers all right, but attached to the word “scandal” or “rant” or “outrage”.

All of this is difficult, because we have a long and strong tradition of fairly brutal, close to the knuckle humour which goes back at least to Hogarth but arguably further back into our mediaeval roots. So it is that Jo Brand is the latest comedian to fall foul of the soi-disant moral arbiters of popular culture. She was appearing on the Radio 4 comedy show Heresy (a clue in the title, perhaps, that it might be irreverent and controversial?), and, during a discussion of the craze for throwing milkshakes at politicians, said “Why bother with a milkshake when you could get some battery acid?”

I’m sure there were sharp intakes of breath, some uneasy laughter at the quip: could this really be a subject for humour? Clearly, Nigel Farage thought not. The Brexit Party leader waded in to describe Jo’s comment as “inciting hate”, and complained that if he, as a prominent right-wing politician, had made such a joke, he would have been hounded by opponents immediately. Maybe he’s right on that last point; though I must say that Jo doesn’t seem to have escaped her own hounding, and I also think Farage is robust enough to stand up to some forthright criticism.

The point is this, though: the police are now involved. The Met have received a complaint of incitement to violence, and so must now investigate the joke (because that’s what it was) to determine whether there was criminal intent.

Hang on just a minute. Let’s slow down here. The police? A criminal investigation? Jo made a joke. It was a cutting joke, a sharp one, maybe not even a very funny one, but it was simply a humorous remark. Does anyone really think that she intended a listener to decant battery acid into an empty milkshake cup and seek out a right-winger to injure and maim? Context is everything, and in its content, it was clearly light-hearted. Hard cases make bad law, they say, so we surely need to tread very carefully on this matter.

For me, it’s a simple free speech issue. Very few people would argue for completely unlimited and unfettered freedom of speech. Serious incitement to hatred and violence must of course be judged severely, but this was so overwhelmingly obviously a joke that it doesn’t even come anywhere near that category. I would defy any Faragista to find a single lefty who threw battery acid at them “because Jo told me to do it”.

Nigel has got this one wrong. He’s usually a doughty defender of free speech, but suddenly he’s seeing the rough end of that freedom. And he doesn’t like it. Meanwhile Jo, a provocative but accomplished and experienced comedian, is facing investigation by the Metropolitan Police. This is the world gone mad. It wasn’t a great joke, it wasn’t a nice joke, it wasn’t a thought-provoking joke, but it was a joke. If we lose our access to humour because we’re afraid of censure, we’ve lost not only a valuable part of our culture, but also a vital pressure-valve for our political discourse. Back off, Nigel; Jo’s got it right this time.