Is Stefanos Tsitsipas's progress at the Australian Open a sign of a changing of the guard in men's tennis? 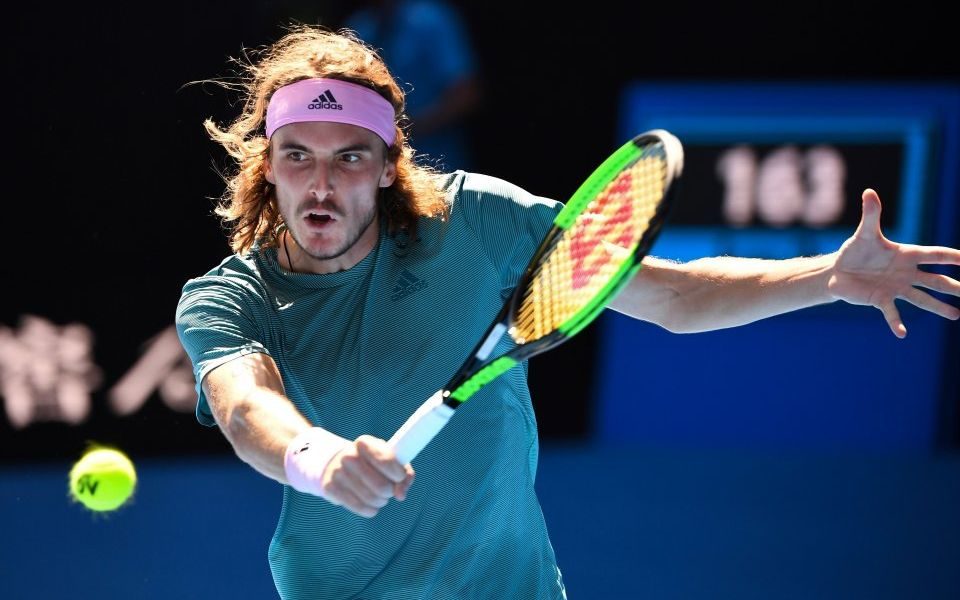 Men’s tennis has a habit of proclaiming a new era, and the events at the Australian Open over the last week have once again pushed the sport’s favourite topic into the spotlight.

Stefanos Tsitsipas’s defeat of Roger Federer on Sunday and his subsequent progression to the semi-finals, where he’ll face another all-time great in Rafael Nadal, has been the trigger on this occasion.

The 20-year-old Greek talent is exactly what men’s tennis needs – a new, young and exciting face on the way up. But is he really the signal of a new age where the likes of Federer, Nadal, Andy Murray and Novak Djokovic are dethroned?

The man who spawned the debate this time is seven-time grand slam champion and commentator John McEnroe, who stated a “changing of the guard” was under way during his on-court interview with Tsitsipas.

It was a reiteration of a point the American had made before the tournament started in Melbourne. “Expecting that others players come and play at the same level [as the elite] is not realistic,” he told Australian media earlier this month. “But honestly I believe that this year you will have a changing of the guard.”

Tsitsipas’s bold play, skill at the net and one-handed backhand have wooed the Australian crowd and his win over Federer brought back memories of another famous shock, when the Swiss right-hander beat Pete Sampras 18 years ago at Wimbledon when still a teenager. Although he was beaten by Tim Henman in the following round, that result proved to be the start of Federer’s assent to greatness.

World No15 Tsitsipas has, at least for now, cemented the excitement around him with a four-set victory over Roberto Bautista Agut in the quarter-finals earlier today, but Federer himself is wary of jumping to conclusions.

“I’ve heard that story [over] the last 10 years, so from that standpoint there’s nothing new here,” the 37-year-old said. “But about Stefanos, he’s done a really nice job over the last year and a half, beating Novak in Toronto, [Kevin] Anderson, [Alexander] Zverev and now me here, that’s what you need to do to get to the next level. It’s nice for him and I definitely see him being high up in the game for a long time.”

Federer’s level-headed assessment suggests perhaps romanticism plays a part in media predictions. The fact that a video surfaced online over the weekend of a 13-year-old Tsitsipas describing Federer as his idol and promising to “do my best to be at the top” certainly adds to the aura.

Nadal, perhaps because he is yet to face the Greek this month, was more open to the suggestion of a shift when asked about it.

“I said a couple of rounds ago that they [the next generation] can wait a little bit, but it looks like they don’t want to wait,” he joked. “It’s going to be a great year in terms of sharing generations. That makes this sport special.”

Whether he can sustain his form or not, one thing is for sure: Tsitsipas does embody the next generation.

The Athenian, who was just four years old when Federer won his first grand slam title at Wimbledon in 2003, has his own YouTube channel in which he documents his travels on the tennis circuit. He speaks articulately in press conferences and shares philosophical messages on his Twitter account. He is a far cry from the traditional view of a seasoned professional.

Alongside the likes of Alexander Zverev, 21, and Daniil Medvedev, 22, who both reached the last 16 in Melbourne, Tsitsipas is a likely leader of the next cabs off the rank. But the entrenched elite plan to be dug in at the summit of the game for a long time yet.

Tsitsipas, who admitted he was surprised by the level he’s reached at the tournament, will play his first grand slam semi-final on Thursday in the same occasion which will mark Nadal’s 30th.

Despite not having played since September, the Spaniard is in imperious form and is the only man yet to drop a set. He’s also already dispatched two young pretenders in 19-year-old Alex De Minaur and 21-year-old Frances Tiafoe as he aims to become the first man to win each of the four grand slams twice in the Open era.

Murray may have been brought down by injury and Federer may be slipping to at least world No6 following his disappointing exit in Australia, but two of the Big Four remain on song and on course to continue their domination of the grand slams.

Stan Wawrinka and Marin Cilic are still the only other two players to have clinched a grand slam event since a 20-year-old Juan Martin del Potro won his sole Major at the US Open in 2009 – a fact which underlines the boldness of McEnroe’s prophecy.

If Tsitsipas can maintain his momentum and add Nadal – and potentially Djokovic in the final – to his pile of scalps then the world would be forced to sit up and take note of tennis’s young guns.