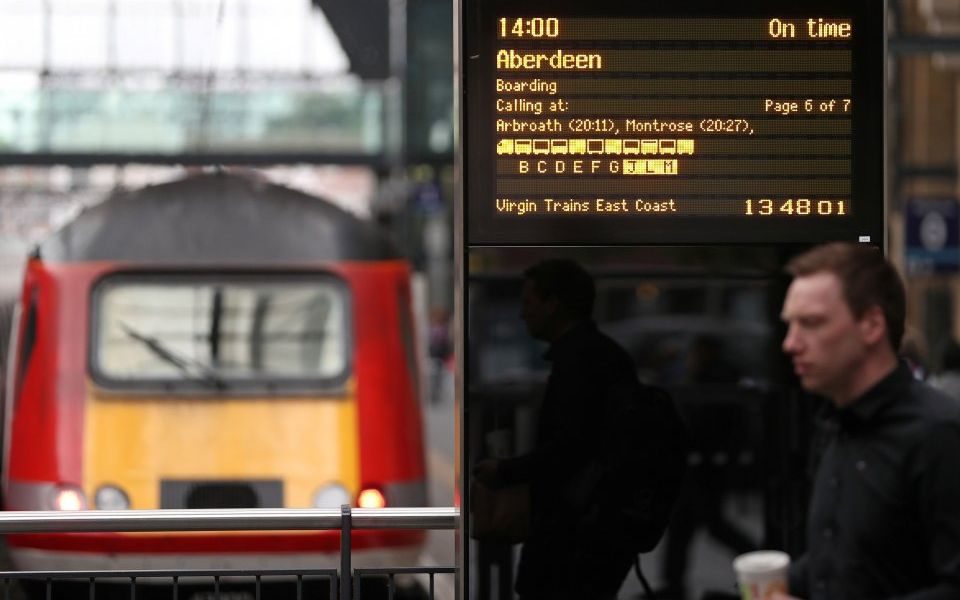 Stagecoach has been disqualified from three major UK rail franchises it was bidding for, amid concerns it is a “pensions risk”.

The company is seeking an urgent meeting with government after a senior Department for Transport (DFT) official “verbally informed” Stagecoach it could no longer bid for the East Midlands, South Eastern or West Coast rail franchises.

The official told the company it had submitted non-compliant bids.

Stagecoach said bidders for the franchises were asked to “bear full long-term funding risk” on sections of the Railways Pension Scheme.

Shares were down 2.25 per cent in morning trading.

In a separate announcement, transport secretary Chris Grayling said he had instead awarded the East Midlands franchise to Abellio, taking it off Stagecoach, which is the current operator.

From August 2019 Abellio will run services on the #EastMidlandsRailway. They will be responsible for delivering better journeys for rail passengers.

A DfT spokesperson said: “Stagecoach is an experienced bidder and fully aware of the rules of franchise competitions. It is regrettable that they submitted non-compliant bids for all current competitions which breached established rules and, in doing so, they are responsible for their own disqualification.

“Stagecoach chose to propose significant changes to the commercial terms for the East Midlands, West Coast Partnership and South Eastern contracts, leading to bids which proposed a significantly different deal to the ones on offer.”

But Stagecoach boss Martin Griffiths said he was “extremely concerned” at the DfT’s decision, given that it had “full knowledge of these bids for a lengthy period”.

“Forcing rail companies to take these risks could lead to the failure of more rail franchises and cannot be in the best long-term interests of either customers, employees, taxpayers or the investors the railway needs for it to prosper,” he said.

“This is more evidence that the current franchising model is not fit for purpose,” he added.

Stagecoach will continue running the East Midlands network until Abellio takes over, and holds a 49 per cent stake in Virgin Rail Group, which operates the West Coast rail franchise.