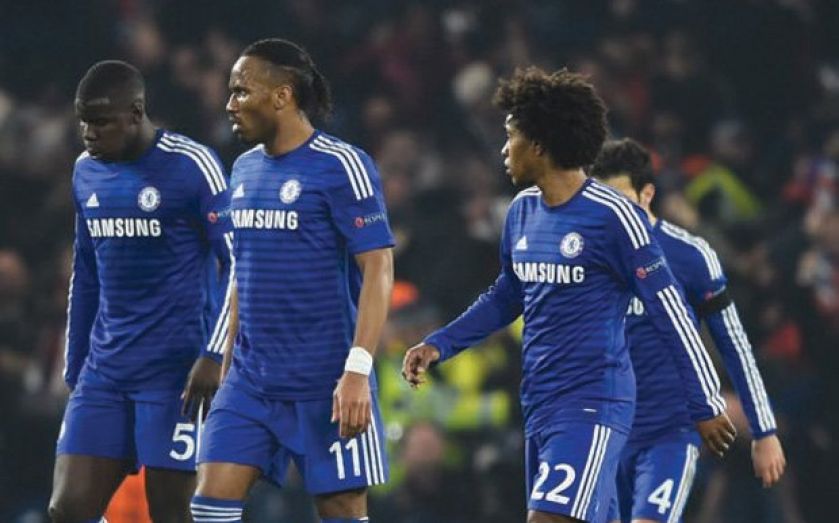 SKY Sports turned their cameras on one of their own last weekend with a revealing profile of Glenn Hoddle, a fabulously talented footballer who was mistrusted by England managers and then mistreated by the Football Association when he took charge of the national team himself.

Hoddle never quite got over the shock of being forced from Lancaster Gate, then the FA’s headquarters, in 1999. He managed again, with Spurs, Southampton and Wolves, but the verve and bold management he displayed with the first flowering of England’s golden generation was nipped in the bud.

GLAMOROUS
But we saw enough in Sky’s programme to understand that here is man with something to say – maybe with something still to prove – and his latest contemplations on the state of our game make interesting reading in the week English clubs left the Champions League stage.

With Arsenal and Manchester City bundled out, Hoddle’s views – expressed before both second legs kicked off – are seriously worthy of consideration.

The failure of Liverpool and Chelsea alongside this week’s victims is a kick in the teeth for the world’s wealthiest and most glamorous league, fortified by a new £5.1bn TV contract.

Hoddle reckons our clubs are playing with a handicap: already committed to playing without a break through mid-winter, unlike many rival leagues, they also face too many additional fixture constraints. He’d like the Premier League to give over Friday nights to some key games, just as they do in France.

He said: “There is an opportunity now to help English team in the Champions League. Jose Mourinho has long drawn attention to Spanish teams playing games on a Friday night if they have a Tuesday night Champions League game.

“We need to give our teams every chance we can. After all, if Premier League clubs consistently fail in Europe, global audiences will begin to question just how good these clubs really are.”

Well, it would be a start. And Hoddle also addressed the return o f the curse of players hounding referees – seen in Chelsea’s recent Champions League clash with PSG and again in midweek as City ran into a rash of yellow cards against Barca.

Hoddle has a brilliantly simple solution. If a posse surrounds a ref then the official should be allowed to “reverse” a free-kick decision against the team getting into his face. Hoddle says the “reverse” move would slash the number of players chasing down the man in black, pressurising the official to award a free-kick or yellow card.

“It would be a nudge in the right direction,” he says. “Behaviour only changes if managers are encouraged to discipline their players.

“But if you felt that by hounding the referee, your team might lose a potential goal-scoring opportunity, because you would miss out on a free kick, managers would soon start telling their players to exercise more restraint.”

The best ideas are the simple ones. Common sense from an uncommonly sound football man.