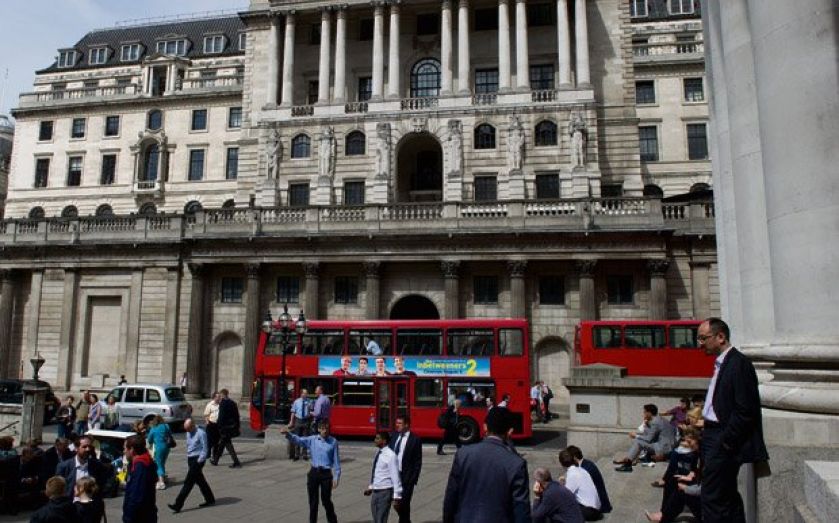 What remains of the Bank of England’s policy of forward guidance, launched just a year ago? In the light of yesterday’s Inflation Report, the answer has to be “not much”.

The value of guidance from a central bank should be to provide a consistent and reliable indication of how it is thinking about its decisions and the future course of interest rates. That should help the public and businesses plan for the future.

Instead, we have had shifting goalposts, and rather confused messages about future policy.

The first version of forward guidance – launched around this time last year – appeared to provide clarity.

There were two main messages. A rise in interest rates would not be considered until unemployment had fallen below 7 per cent. And that was not expected to happen until 2016 or later. So the general impression was very clear – relax and enjoy a long period of low interest rates.

Encouragingly, the UK economy has performed much better than the Monetary Policy Committee (MPC) expected a year ago. Unemployment has fallen to 6.4 per cent. The jobless total should fall below 2m in the next few months, and the unemployment rate should be below 5 per cent in the second half of this year – close to its lowest level since the 1970s.

According to this first version of forward guidance, such progress should have led to a vigorous debate on interest rate policy among members of the MPC.

But that has not happened. All members of the Committee continue to vote to keep the Bank rate at 0.5 per cent – the level set in March 2009 in the depths of the financial crisis.

Instead, the MPC’s response was to launch forward guidance version two in February this year.

This was a much more vague policy, which emphasised the need to look at the margin of spare capacity in the economy more broadly, and to take account of “economic developments” in setting interest rate policy.

The centrepiece of this second version was that interest rate rises would be gradual and limited – the official Bank rate was not expected to return to its level before the crisis.

This is the official guidance from the MPC which is still in place. But with yesterday’s Inflation Report and press conference, we appear to have moved to a version three.

Unemployment is falling sharply, and economic growth is picking up. According to the Bank, growth will be over 3 per cent this year and next – double the average rate so far since the financial crisis.

First of all, wage growth – which is very subdued, according to official figures.

Second, interest rates may not rise because of adverse developments in the global economy. “Even if spare capacity was eliminated at a stroke, the level of the Bank rate may not rise materially above its current level because of global economic headwinds”, Mark Carney, the Bank’s governor, said yesterday.

Very subdued wage growth is a puzzle in the UK economy at present. With unemployment falling sharply, wages should pick up as skill shortages bite and the labour market tightens.

This may be happening – but the figures are not yet reflecting it. If it is not happening, however, the MPC should be worrying that all the other positive growth indicators reflect a financial bubble driven by excess borrowing. In that case, higher interest rates would also be justified.

The UK economy is always facing “global headwinds”. We need to have an interest rate strategy that keeps our economy on a stable course in the face of these global uncertainties.

Last August, when forward guidance was first launched, the Bank’s Inflation Report featured 26 references to the word “guidance”. It was the same in November 2013, and then the “guidance” word count peaked at 60 in February this year as the MPC redefined its approach.

Since then, “guidance” has been on a declining trend. In the August 2014 Inflation Report, the word appears just 11 times. We appear to be witnessing the demise of forward guidance – in its current guise at least – just one year after it started.

The concept of forward guidance has not delivered. It seems to have been used to support the view that interest rates will not rise, rather than preparing the public and business for inevitable hikes.

Let’s hope the MPC can adapt its policy and make it more credible. But it has not had a good start.