Forward guidance: A political gambit that has retarded true capitalism 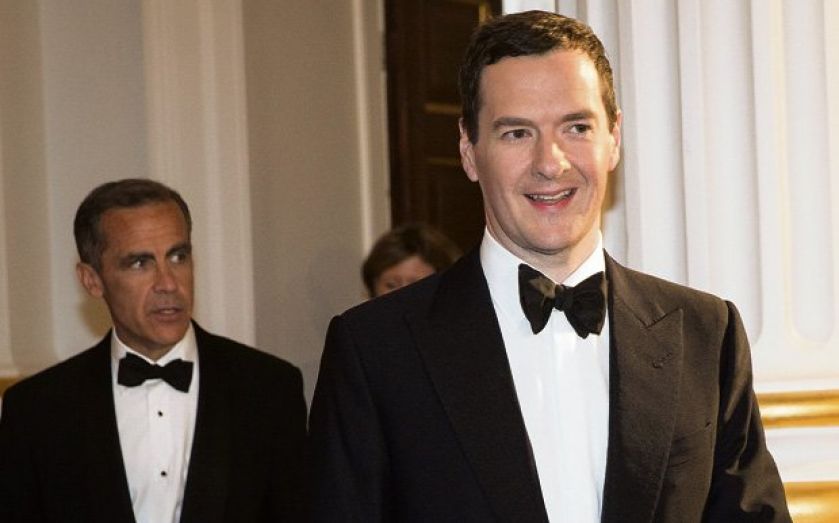 IT’S A mistake to try and get too precise,” suggested Stanley Fischer last September, shortly before he was appointed vice chairman of the Federal Reserve. “You can’t expect the Fed to spell out what it’s going to do. Why? Because it doesn’t know.”

Bank of England governor Mark Carney may now be wishing he had shared Fischer’s view on forward guidance, rather than make it the centrepiece of his first year at Threadneedle Street. The more mixed Carney’s messages, the clearer it becomes that forward guidance has been an essentially cosmetic exercise.

Carney’s inaugural announcement that ultra-low interest rates were here to stay, unchanged until unemployment dipped below 7 per cent, was designed primarily to provide business with a sense of certainty to kick-start investment. In August 2013, the safe presumption was that we would not see such a dip until early 2016.

Yet when joblessness fell faster than anyone predicted, Carney ditched its link to interest rates only six months after his announcement. Rate rises would now be judged against a broader range of economic indicators. So it was that, at the launch of the Bank’s most recent Inflation Report, the governor highlighted stagnating wage growth as a major economic problem and another reason to believe there would be no rate hike before 2015. Yet only days later, Carney mooted the idea of increased rates before households begin to benefit from improved living standards.

A policy designed to give certainty seems only to breed confusion. It is hard not to conclude that forward guidance has not just been an economic gambit but a political one, with the governor’s primary goal to keep any rate rise at bay until May’s general election has safely passed. Either that or the governor implicitly believes that the recovery (and the finances of businesses and households) remains insufficiently robust to withstand the application of even a gradual increase in the cost of borrowing.

It is not surprising that questions are being asked about the notional independence of the Bank, which had already been put in doubt after four years of flunked inflation targeting that were only brought to an end in December. I am not suggesting formal collusion between the Treasury and the Bank, but that the chancellor has surely had an unspoken understanding with Carney from the outset of their relationship.

The chancellor was probably most attracted by the prospect of an incoming governor prepared to maintain the rock-bottom rates that have been in place since 2009. Such rates have unquestionably staved off personal misery for many and bought the government time to shore-up a rapidly sinking ship. There is little doubt that resultant, inflated house prices have also injected the feel good factor into the veins of an important quarter of the electorate. Meanwhile, with the date of destiny with the voters soon upon us, brave would be the governor who risked his patron’s scorn with a rate hike in advance of 2015’s poll.

Nevertheless, the question that should be foremost in policymakers’ minds, after five years of emergency stimulus, is at what cost to the nation’s long-term economic interests? Near-zero rates have retarded the essential cleansing mechanism of capitalism. This tying up of capital and labour in non-productive activity has engendered a false sense of security and boosted short-term employment levels. It also means that risk has been continually mispriced over recent years. All this suggests the creation of unsustainable bubbles in the economy and also augurs ill in the teeth of fierce global competition in the decade ahead.

Since, understandably, there is neither the commercial appetite nor political nerve to precipitate the bankruptcies and repossessions that would help wipe the economy’s slate clean, expect ever more vacillation from the governor to obscure the fact that, in all probability, the Bank made its mind up on interest rates long ago.