Somebody wrote a symphony about this Arctic Circle distillery 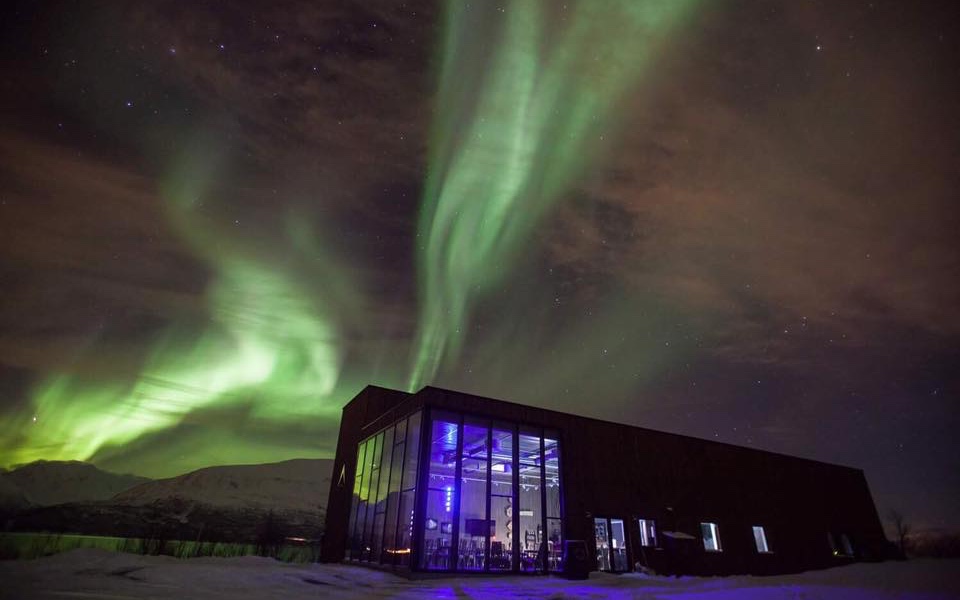 Booze experts have long sung the praises of Scandinavian spirits but Norwegian composer Alexander Aaroen Pederson has gone one step further, writing a 45-minute symphony inspired by the world’s most northerly distillery, located 350km north of the Arctic Circle.

Also Read:
Somebody wrote a symphony about this Arctic Circle distillery

Aurora Spirit opened in 2016 under the name “Bivrost”, which means Shaking Path, a reference to the route heroic dead Vikings took to Valhalla and the afterlife (the bridge to the next world leads through the curtain of the Northern Lights). It produces award-winning whisky, gin (ideally served with four raspberries and six blueberries), and three aquavits including “Jolablot” (meaning, sacrifice).

The state-of-the-art distillery at Aroybukt at the foot of north Norway’s Lyngen Alps is the creation of a doctor, a hairdresser, a scuba diver, a German still called Gerd and a Scotsman. Born in Oban and now based in Inverness, Colin Houston is co-founder and cask manager as well as MD of Aurora Spirit UK.

“I first met Dr Hans Olav Holterman Eriksen in Scotland,” says Houston. “He ran an adventure company near Tromso in north Norway. Tor Petter Christensen and his wife Anne-Lise are the other founders. There is nothing better than being in the hot tub at the distillery in the middle of the Arctic winter with dram in hand, the Northern Lights dancing overhead and the music playing.

Houston says Pederson’s symphony “captures the tranquillity, romance and solitude as well as the struggles and hardships of Arctic life and the atmosphere of Norse mythology”.

Also Read:
Somebody wrote a symphony about this Arctic Circle distillery

Prior to founding Aurora, Houston owned an independent wine and spirits business in Edinburgh before joining VisitScotland. His great-great grandfather was chairman of Bulloch Lade Distillery, which owned Caol Ila. As cask manager, he is in charge of purchase, maturation and finishing, balancing stock for future productions and exclusive cask releases. Also on the team is Neil Cameron, former head distiller at Glenturret, who advises Aurora’s distiller, and ex-brewer Gjermund Stensrud.  Casks come from the Speyside cooperage, Craigellachie.

“The whisky is fruity with elements of the Lowlands, Highlands and Speyside but distinctly Arctic,” says Houston. “There is a purity to the ice and snow which imparts into the whisky through cask storage less than ten metres from the Arctic Sea and the use of glacial meltwater – Rottenvik-breen. The Pilsner malt is made from Planet and Popino Nordic barley.  And it’s all hand-crafted under the glow of the Northern Lights.”

The distillery has some of the most advanced technology in the world but the casks are kept in tunnels under a former Cold War NATO base. The wash comes from the world’s most northerly brewery, Mack, fifty miles away.

Aurora launched its first whisky, Bivrost Niflheim (meaning ‘world of fog’) last May, with the first 20 bottles being sold on auction. The first bottle was sold for €8,000, making it the most expensive Norwegian-produced alcoholic drink ever. The distillery, which also offers fjord-side cabins and a tasting-room with grandstand views of the Aurora Borealis, is now three triple-distilled malt whiskies into its  Nine Worlds of Norse Mythology series.

Bivrost Nidavellir (the dark place among the golden halls) came out last November and Muspelheim (land of the fire giants ) was released this year.