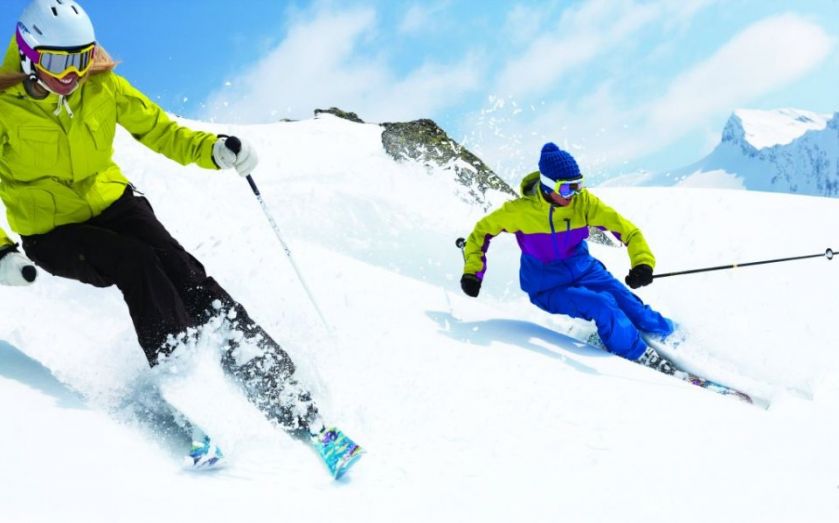 Watching Franz Klammer skiing on the edge of disaster at the 1976 Winter Olympics is not for the faint-hearted. His gold medal-winning run at Innsbruck looked sure to end in catastrophe on several turns. How do you learn to ski like that?
According to Klammer – who insists he was perfectly in control – the answer is a lifetime of practice. The ski champion grew up in Carinthia, Austria, skiing at school every day and competing afterwards. Now his home town resort of Bad Kleinkirchheim has become popular for a new generation of would-be World Cup contestants.
The traditional, picturesque resort has an easy-going charm and skiing up to 2,055m, spread over 100km of groomed pistes at BKK and St Oswald, which is a five-minute (free) bus ride away. There are four ski schools, with the emphasis on providing a family-friendly holiday.
The après-ski is great for all ages too. Head to the cosy Einkehr pizzeria and traditional Austrian restaurant from 3-6pm and you’ll find whole families, still in their ski boots, dancing around a roaring fire.
Or you can visit one of two thermal spas in the village, including the Romerbad; perfect for a late-night soak with spectacular views over the slopes.
If all that sounds too relaxing, you can always take a leaf out of Klammer’s book, with a black run adventure. The Franz Klammer run is a hair-raising 3km descent, with panoramic views – but maybe one to tackle without the kids.
Inghams is offering 7 nights, half-board accommodation at the 4* Hotel Trattlerhof from £789 per person, saving £100 per person, departing 28 March 2015. Price includes return flights from Gatwick to Salzburg, resort transfers, free six-day lift passes and a weekly activity programme including snowshoeing, wine tasting & sleigh rides. For more information visit inghams.co.uk or call 01483 791 114.
A nice alternative to Bad Kleinkirchheim is the charming Savoyard ski area of Valloire, which is open until 17 April and is easily accessible from the UK via Chambéry, Grenoble, Lyon and Geneva airports, or by train and car. Special offers for spring skiing from 13 March to 11 April include an apartment plus six-day pass from €149 per person. During Easter children under 16 can ski free and Valloire also offers free children’s activities such as a horse-drawn carriage ride, tobogganing and walking with llamas.
resavalloire.com; valloire.net. 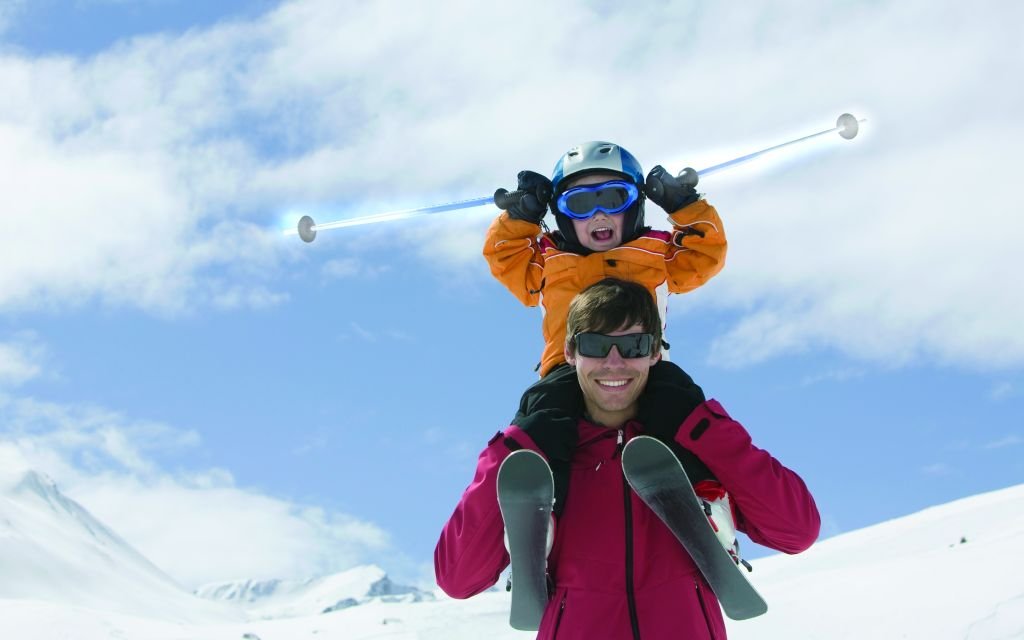 Prince Andrew and the Duchess of York have recently bought a chalet there and Verbier’s clientele is a veritable who’s who of celebrities. David and Victoria Beckham, Leonardo diCaprio and Jamie Oliver have all skied in the Swiss resort and property prices are soaring.
Luckily, so too are Verbier’s peaks – with 400km of runs and skiing from more than 2,700m. So, for a mix of Prada-wearing chic, spectacular scenery, star spotting and lively nightlife, Verbier is the place to go.
Recent hotel opening include the much-lauded W Verbier, a ski-in, ski-out hotel with luxury spa and two-Michelin-starred chef in residence. Or you could try booking into Sir Richard Branson’s The Lodge, a nine-bedroom catered chalet, priced at a shade under £93,000 for exclusive use over Easter.
Part of Verbier’s appeal is its slopes, which are as steep as its prices. There are plenty of advanced and off-piste runs for thrillseekers. And over Easter you can pick up some extra tips from the race champions in the 20th Xtreme Verbier Freeride World Tour championships. Watch and learn.
Erna Low has seven nights staying at the luxurious W Verbier, including return flights from London to Geneva, with baggage, private transfers from the airport to the resort and breakfast for £2,695 per person. Departs 28th March 2015, prices based on two sharing. Low offers a week’s stay from 28 March at the W Hotel in Verbier for £2,014.50 per person, excluding travel. Contact ernalow.co.uk.
­­Another glitzy option is Megeve. We recommend the four-star Hotel Mont Blanc, a famous Megeve landmark with its chocolate box Savoyarde appeal and Michelin-starred restaurant Les Enfants Terribles. The week of 28 March to 4 April costs from €2,869, based on two sharing; €224 for two transfer returns to Geneva.
Call 0033 450 212952 or email reservation@megeve.com.

Riksgransen is a “bucket list” destination for every die-hard skier. The world’s northernmost ski resort, it sits 200km north of the Arctic Circle and is famous for its beautiful scenery, amazing snow and late-season sunshine. With skiing from February until the end of May, Easter is peak, rather than late, season there. In fact, in late season – June! – the lifts reopen from 10pm to 1am for skiing under the midnight sun.
Riksgransen’s ski lift area is relatively small, but for off-piste fans, who gather from all around the world, it’s the heliskiing that is the biggest drawcard. Helicopter flights cost around £300 for three runs over a half day, which is expensive, but cheaper than in many other resorts.
If the descents get too much (or the wallet too depleted), you can always try snowmobiling, ski touring, dog sledding, snowshoeing or visiting the Ice Hotel, which is constructed each year from ice taken from the local river Torne.
Ski Safari offers week-long stays, with flights and transfers, to three or four-starred hotels in Riksgransen, with the opportunity to stay in the Ice Hotel. Costs range from £800 to £1,250 per person. Lift, helicopter and guide prices extra. Visit skisafari.com or call 01273224068.
Another extreme paradise is Cervinia, Italy’s most snow-sure resort. At the foot of the Matterhorn, its lifts reach 3,883m and it has connections to even more challenging runs in Zermatt (Switzerland) or heliskiing in Italy. Crystal Ski Holidays (crystalski.co.uk; 020 8939 0726) offers a week’s stay at the three-star Hotel Petit Palais from £698 per person (based on two sharing) including flights from Gatwick, transfers, all-inclusive catering and free drinks, departing on 28 March. Direct flights available from all major UK airports.

Everything’s bigger in Brides – the cinema seats, the scales in the chemist, the array of “dietetic” low-calorie menus.
That’s because the Savoie village, conveniently nestled at the base of the massive Three Valleys ski field, hosts France’s biggest thermal spa, where the French come for rest, relaxation and government-sponsored slimming regimes. The former Olympic Village (from the 1992 Winter Olympics), it is also a haven for skiers, who get bigger value from Brides-les-Bains because of its half-hour cable-car commute up to Meribel.
Easily accessible from Moutiers, where the Eurostar snow train stops, Brides-les- Bains has also become a popular destination for budget travel operators who come by coach or plane from the UK. Despite being at the bottom of the mountain, its cable car – included in the lift ticket price –  gives it easy links to Meribel, Courchevel and Val Thorens, which at 2,300m–3,200m is snow-sure even for late-season skiing.
With the return cable-car closing around 5.30pm, it’s not ideal for those wanting to hit the high spots late at night. Taxi fares are around €60 from Meribel. But there is a decent selection of bars and restaurants, a casino and, of course, a spa, where you can think about losing an altogether different set of pounds.
Travel by Eurostar (eurostar.com) and visit the Grand Spa des Alpes legrandspadesalpes.com. Peak Retreats is offering a week self-catering at Residence Cybele in Brides-les-Bains from £124pp for the week beginning 28 March. The deal is based on seven nights, with five sharing and includes Eurotunnel crossing. www.peakretreats.co.uk
Ski Weekends offers accommodation at 3* Club Hotel Verseau, including breakfast, three-course dinner, afternoon and cake. Packages include £369 for a week’s skiing and coach trip (4 April) to £570 for a flight-inclusive four-day trip on 2 April (requiring no time off work).
skiweekends.com.