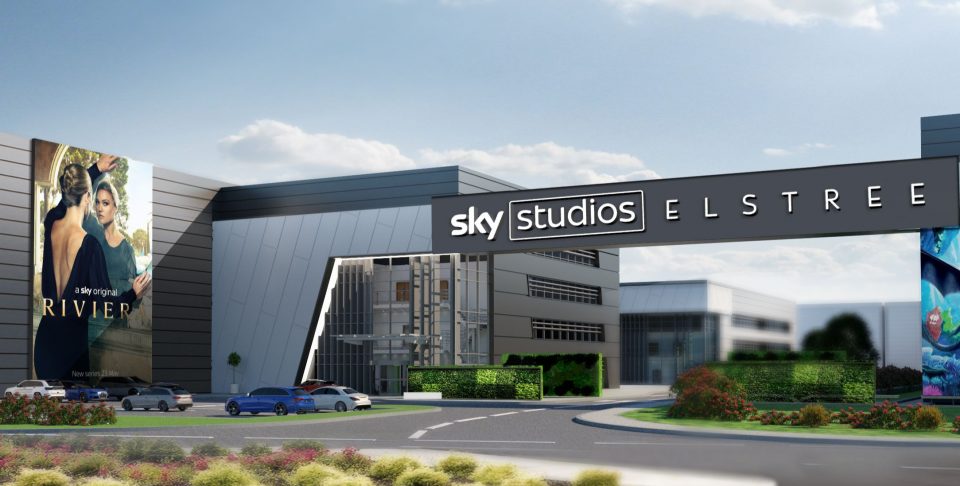 Sky has announced plans to build a new film and TV studio complex in north London as it ramps up its production budget amid growing pressure from streaming rivals.

The 32-acre production hub will be located in Elstree, close to the existing Elstree Studios complex, which is home to Netflix’s hit series The Crown and the BBC’s Strictly Come Dancing.

The development, set to open in 2022, will boast 14 sound stages across 20,000 square feet each, as well as production offices and post-production facilities.

Sky said the move will create more than 2,000 new jobs and generate an additional £3bn in production investment.

“Sky Studios Elstree will play a pivotal role in bringing the wealth of UK and European talent and creativity to the world,” said group chief executive Jeremy Darroch.

“We know our customers love our award-winning Sky Originals like Chernobyl and our investment in Sky Studios Elstree will enable us to bring more unique stories to more viewers.”

Sky Studios Elstree will provide the broadcaster with capacity to produce more shows in-house after it announced plans to double its production budget to £1bn over the next five years.

The firm will also continue to work with production partners, and the studio will host new films from Universal Pictures, Focus Features and Working Title, as well as TV series from sister company NBC Universal.

Sky has secured financing from Legal & General, which is finalising a design scheme and will submit a planning application early next year.

The move is the latest salvo in an escalating production war, as broadcasters and streaming firms battle it out to win over viewers with the best original content.

Netflix recently opened a new UK production hub at Shepperton Studios in Surrey, before snapping up additional space in Uxbridge.

Disney, which has launched its new streaming service in the US, has inked a long-term deal to take over the majority of the space at Pinewood Studios in Buckinghamshire.