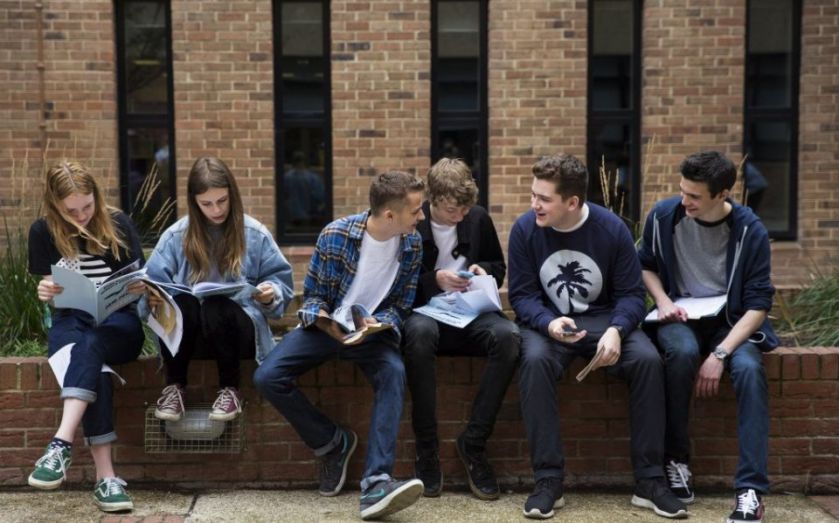 With the publication of GCSE results, education is in the spotlight once again. Despite inevitable criticisms of our schools, colleges and universities, we should remind ourselves occasionally that what we have is, in world terms, a pretty good set-up. Young people get access to free schooling up to 18 and to higher education effectively free at the point of use. Our exam qualifications are used by hundreds of thousands of students worldwide (and imitated in many Commonwealth countries), while our universities house some of the planet’s best researchers and attract huge numbers of overseas students.
But we could do better. Here are a few things I would like to see.
One, open up school teaching to a wider range of people with real-world experience. Government rules about teaching qualifications and the reactionary attitudes of teaching unions discourage mature individuals from entering our state school system – at a time when maths teaching appears to be in the hands of PE instructors. Let’s hope the Prime Minister’s plans to make all schools academies, with greater freedoms, will help with this.
Read more: Conveyor belt of UK graduates is failing to boost productivity
Two, stop every new education minister from trying to alter the GCSE and GCE systems. Grade inflation and the alleged decline in standards has been the result of government imposing ill-thought-out requirements for coursework or modularisation, then altering requirements again three years later. The latest wheeze appears to be to blame everything on competing exam boards and to demand their nationalisation, a Corbynite scheme that will achieve little.
Three, parents have minimal choice of schools and no means of exerting consumer pressure on them. Why can’t parents (clearly with exceptions for those who can’t afford it) pay some smallish amount towards all school education as they do for pre-school childcare and nurseries, and as their children do in universities? Such a financial commitment might stimulate greater responsiveness to parental concerns.
Four, while mentioning pre-school education, we should reduce the degree of regulation by Ofsted, particularly of childminders. This would reduce the costs of childcare, which have risen in line with increasing government meddling.
Read more: As research shows most graduates are in non graduate jobs, do too many go to university?
Five, scrap the student loan system and introduce some variant of Peter Ainsworth’s proposal that universities should provide free tuition but sign contracts with graduates so that the latter pay a percentage of their future earnings back to their alma mater. This would reduce costs to the taxpayer, remove the justification for much government interference, and incentivise higher education institutions to turn out employable graduates.
Six, end the wasteful and time-consuming Research Excellence Framework in our universities. This peer-assessed scheme distorts research programmes and means a high proportion of our best academics never go near the undergraduate teaching which ultimately pays their salaries.
Many people seem obliged to affirm that the education system is absolutely vital to the nation’s future. I don’t agree. International evidence doesn’t support this: correlation between measures of educational output and achievement and economic growth is non-existent. But the education system is always worth improving for its own sake and for the benefit of the young people going through it.
Len Shackleton is professor of economics at the University of Buckingham, and economics fellow at the Institute of Economic Affairs.