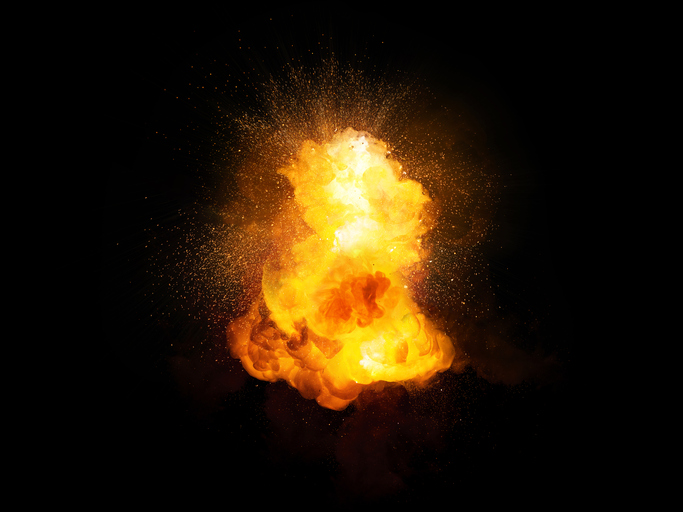 Down almost 90% from its peak, our shares analyst examines recovery potential at this household name.

Should you trust company directors or hedge funds with their dealings, or make your own judgment? The current situation at former mid-cap AA (LSE:AA.) is a stark example as directors buy into an 88% drop since 2015 as the stock struggles to hold much above 50p.

It’s the most-shorted stock on the London market with 10.5% of its shares out on loan – a double-edged sword that induces fear.  Hedge funds could be right like they were on Carillion and Debenhams (LSE:DEB), yet potentially greedy too if hedgies are calling this wrong in the long run.  This extent of stock shorting is a coiled spring if perception of AA as a “zombie” firm improves.

For now, the line of least resistance appears downwards, the stock halving in 2019 alone, yet several directors see reasons to dispute this.

A non-executive director bought 100,000 AA shares at 60.2p on 24 May – from the looks of it a maiden purchase but you don’t fritter away £60k on boardroom etiquette to own stock.

That same day the chief executive added 83,873 at 58.9-60p, a free decision compared with a 7 May purchase of 96,444 shares on his behalf by a company account (his annual bonus requiring 20% of his net payment to be deferred into shares, held for a three-year period and also subject to clawback).  Such trades suggest genuine belief than a propping up exercise where each board director buys £5-10k worth.

BlackRock raises its short to a remarkable 5.91%

Yet investment manager BlackRock – with a ‘short’ interest of almost 6%, you might think is already over exposed – continues to borrow stock and sell in the market.  On 3 June it raised its short position by 0.26% to 5.91% of AA issued equity. But that same day, Engadine Partners cut its short position by 0.52% to 1.1% as if not to push its luck overly.

Two other disclosed institutions have edged up their shorts this year while two others also reduced.  So, while BlackRock’s conviction can look worrying to AA shareholders and potential investors, hedge funds’ opinion varies around the current market price.

I’d also note that BlackRock has equities under management worth some £25 billion equivalent, so must at all times consider hedging such exposure – say if US/China trade tensions can’t resolve and/or Brexit proves a train-crash.  In the UK alone it runs 40 short positions where, yes it’s possible to recognise a bear/overvalued case on individual stocks albeit with no certainty.

Although AA is by far BlackRock’s biggest down-bet relative to food manufacturer Greencore Group (GNC) at 3.52% and rising, a 5.91% short on AA will be costly to reverse if AA’s fundamentals improve and 36.1 million shares need buying back in a rising market.  Implicitly, BlackRock reckons AA is trapped, its underlying returns chiefly servicing liabilities.

On 5 June the stock blipped briefly in response to a company statement declaring that trading was in line with expectations, the AA “positioned to deliver strong free cash generation in the current financial year as well as growth targets to the year ending 31 January 2023.”

AA needs strong cash flow indeed if it is to cut long-term debt of £2.7 billion that last year cost a net £166 million to service, relative to £219 million operating profit.  AA remains viable essentially because this debt has been refinanced such that its first repayment isn’t until January 2022 “giving us the runway to focus on delivering our strategy”, leaving its current liabilities as £511 million trade payables.

Representing 229% of trade receivables, this begs a question over the reliability of accounted profit lest it’s been enhanced by delaying on suppliers.

Implicitly, BlackRock judges AA will still have a debt millstone around its neck in two years or so and, if a financial crisis erupts before then, heavily indebted stocks will get caned most.  So, as hedging against a crisis goes, AA fits the bill.  Meanwhile, if it doesn’t happen and the stock rises, BlackRock can absorb the hit.

At initial glance, the 2018/19 income statement is quite alarmist: operating profit down 29% to £219 million, which is broadly why net cash flow from operations fell 18% to £258 million, though see from the table how operating margins are down from over 30% to 22%.

Management justifies this fall by way of investment.  We are invited to assume all augurs well for growth, though you might wonder at the extent of growth, as the business must remain competitive at a time when Roadside services are going digital and the insurance industry relying on telematics to evaluate drivers.

Meanwhile, a net £166 million interest charge remains stable and unlikely to change due to the long-term nature of this debt.  Central banks are also wary of rate rises while dark clouds hang over the international economy.  I am inclined to see AA’s finances as broadly in stalemate than a meaningful improvement or deterioration.  Investor de-risking to avoid debt this year is a likely trigger for fresh lows.

It’s a remarkable bottom line for net assets, within which a £218 million pension scheme deficit seems small beer.  Net tangible assets are £3 billion negative due to capitalised goodwill, though are at least “improving” from minus 634p per share in 2014/15 to 494p recently.

Yet management’s narrative is for a step-change in cash generation “that will enable us to de-lever and return long-term value for our shareholders.”

Cash conversion of operating profit has also eased from 94% to 87%.  So, either this and/or operating profit need to ramp up smartly in order for management to be targeting £80 million free cash flow in the current financial year – relative to net decreases in cash of £61 million reducing to £34 million in the last two financial years.

Presumably they reckon on lower investment/financing demands, but you wonder in the overall context why AA is paying a dividend at all – 1.4p – other than as a sop to shareholders.

A hopeful story, but will it be enough?

Management has various initiatives underway, though I still wonder if investment in Roadside partly follows from having to rely on third-party garages to support the AA’s patrol network at peak times.

Technology is entertained as a growth prospect – a “Smart Breakdown” telemetry product launched last January which diagnoses the cause of faults and shows the location of AA assistance who will thus know the problem before arrival.  Feedback is said to be “very encouraging”.

However, a “Car Genie” app that reads engine fault codes and warns how serious are issues arising, has existed for a few years.

Despite competition in home/car insurance, AA reckons on accelerating growth.  Its motor book grew by 16% last year, helped by a new scheme for its own underwriter.  A telematics product aimed at younger drivers (presumably to differentiate good from bad) is also said to offer growth.
The acquisition of Prestige Fleet Servicing – for fleet and leasing companies – is said to offer “a significant opportunity to grow new revenue streams without incurring significant capital expenditure.”

Much still needs to happen to ratchet up overall growth – AA paid personal memberships eased 2% to 3.2 million last year with retentions at over 80%.  Flat membership is targeted this year, then a return to growth.  As a member myself I’ve found they’ve had to drop the annual fee hike -adopting a two-year fixed price renewal lower than 2018 – which seems a new trend among insurers.  It’s unclear quite where this leaves revenue.

The extent of AA’s liabilities make me feel reckless to advance its stock as a ‘buy’.  However, the director share buying justifies, at the very least, watching AA more intently.

Speculators could consider the stock like a two-year option, during which time if AA’s finances steadily improve and debt is again refinanced, then the stock can rise if part of the 10.5% sold short is bought back.  So, while my investment stance is currently avoid, around 52p AA has become more interesting.

ii adheres to a strict code of conduct.  Contributors may hold shares or have other interests in companies included in these portfolios, which could create a conflict of interests. Contributors intending to write about any financial instruments in which they have an interest are required to disclose such interest to ii and in the article itself. ii will at all times consider whether such interest impairs the objectivity of the recommendation.