Empty pockets: Why shops going cashless is good for business — and consumers 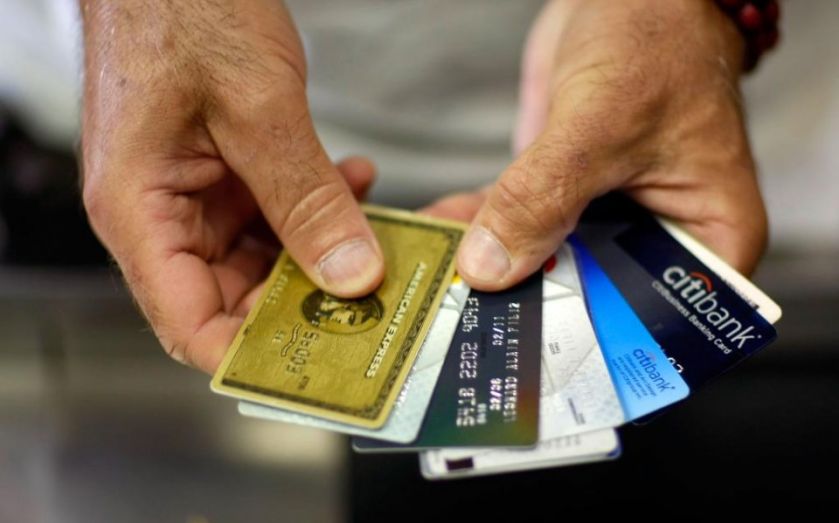 In the market stalls, pop-up shops, and beer taprooms of our great city, card payment is increasingly common. And it’s not just a London trend — while card-only shops are primarily cropping up in the capital, they have appeared up and down the country too.

This is a phenomenon dominated by small businesses, and it’s happening across the world. The growth of the cashless economy in the UK has been mirrored in the US and Europe. In Sweden, for example, only 13 per cent of transactions are done with cash, and today there are more daily payments by the app Swish than there are ATM withdrawals.

These businesses are taking advantage of modern payment technologies to better serve their customers — and their bottom line. Ditching cash is helping independent shops keep their head above water in challenging retail conditions.

Clearly, cash is in terminal decline. A decade ago, physical coins and notes were used in six out of 10 payments. Today, under a quarter of retail payments occur in cash, and forecasters predict that this will drop to fewer than one in 10 over the next decade.

Between 2007 and 2017, cash payments by volume halved, and debit card transactions more than doubled. Meanwhile, e-commerce and mobile-commerce are booming, and on current trends, over 40 per cent of retail spending will be online within the next eight years.

However, the future-facing march away from cash is not without its critics. According to the Access to Cash Review, published in March 2019 and supported by Link (the UK’s largest operator of ATMs) Britain is “sleepwalking into a cashless society” — and towards the economic isolation of millions of vulnerable people.

The Review’s author, Natalie Ceeney, states that over eight million adults would be at serious risk if the UK becomes a cashless economy, and  claims that 17 per cent of UK adults would be unable to pay for milk.

This is obviously a situation we all want to avoid. But is it really a risk?

In fact, the Access to Cash Review itself has an entire section on how digital technology can help improve financial inclusion. It implies that we are on the eve of being able to make purchases with bionic implants or facial recognition technology.

A future where commuters can buy their train tickets with implants but pensioners are unable use debit cards seems unlikely. Rather than clinging to the payment methods of the past, we should look to the technologies of the future to make sure that everyone can participate in the economy.

As I argue in Cashing Out, a new report for The Entrepreneurs Network, instead of preserving cash indefinitely, the government should encourage innovation to improve financial inclusion by expanding access to digital finance.

In 2015, the Financial Inclusion Commission recommended that the government ensures all adults in the UK have access to a bank account by 2020. As recent research from Policy Exchange has argued, access to a fully-functional bank account is an essential precondition for all people to take part in modern British society.

Sadly, we are still far from achieving that goal. Today, around 1.5m people living in Britain are unbanked, and it is primarily their interests that politicians have in mind when they criticise a cashless economy.

But concern for the unbanked can lead to knee-jerk policies that are counter-productive and damaging.

In the US, for example, major cities such as San Francisco, Philadelphia and New Jersey have banned card-only shops, claiming that they are entrenching social and economic exclusion. Some UK politicians, such as the secretary of state for the Department for Digital, Culture, Media and Sport, Baroness Nicky Morgan, have now called for a ban here too.

However, such a ban would be anti-business, anti-consumer, and anti-innovation. There are better ways of helping the unbanked than by subsidising cash machines and mandating what payment methods shops must accept.

The rapid adoption of instantaneous card payments by small and medium-sized enterprises is a product of the high levels of financial innovation in the UK. Thanks to policies like the Financial Conduct Authority’s sandbox — which allows finance companies to develop new applications with many regulatory exemptions — the UK has enjoyed a fintech boom.

Though the early adopters of new technology might be those with disposal income, fintech has the potential to help people throughout society, in particular those failed by mainstream financial institutions.

When Monzo’s founder Tom Blomfield appeared before the Treasury Select Committee in 2019, he revealed that his company is working with homeless charities to improve financial inclusion, allowing customers to set up bank accounts without a fixed address, and suggested that new customers can use a friend’s house or even a shelter to register.

Meanwhile, the Citizens’ Advice Bureau is campaigning to enable people to set up bank accounts with PO boxes in place of a fixed address.

And thanks to the UK government’s interest in Open Banking, which disrupts traditional models of finance, firms like Pockit are helping low earners and people without bank accounts gain access to electronic finance.

Whether by making it easier to put money on prepaid cards, or helping people build a credit score by recognising rent and utility payments, Open Banking provides a lifeline to many people who have been shut out of the modern economy.

Cash is falling out of favour for many reasons, and not because of the rise of card-only coffee shops and craft beer bars. Banning card-only shops will not alter this trend, nor will it help those unable to make electronic payments.

As the overwhelming majority of people in the UK drop cash in favour of electronic payments, policymakers and politicians should focus on helping the most vulnerable fully take part in the modern economy, instead of holding back the innovators who have helped to build it.